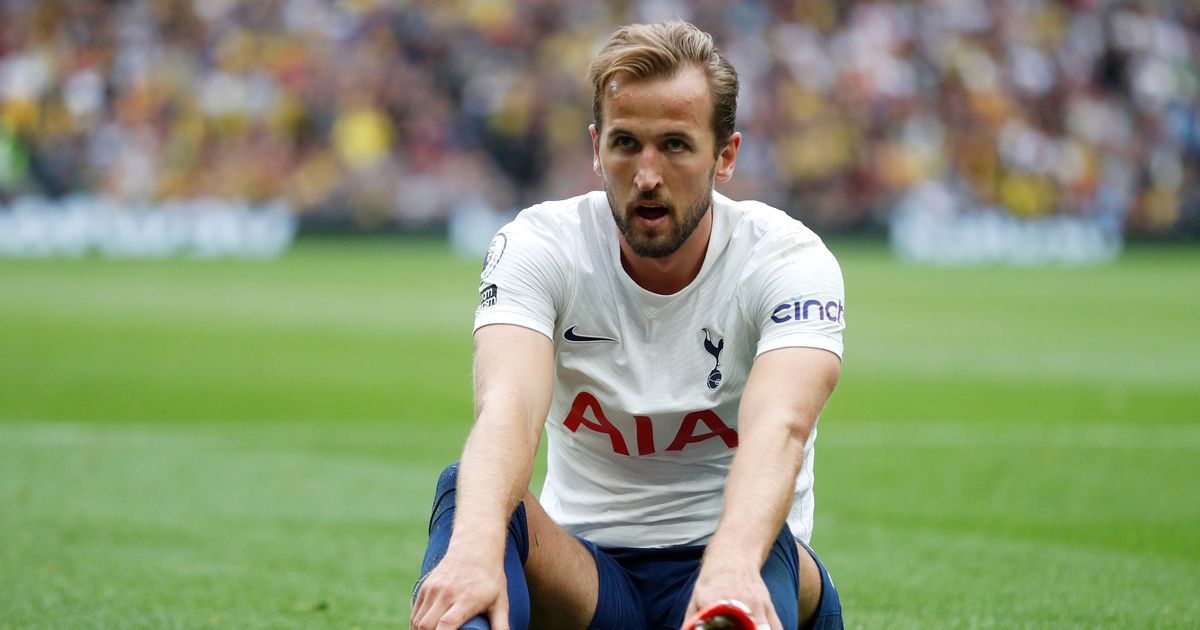 Just when Harry Kane is being told he has missed his big opportunity of a career-defining mega move, along comes Cristiano Ronaldo to save the day.

The Portuguese ace this week celebrated his most unexpected return to Manchester United by becoming the greatest international scorer – ever!

Life is pretty special right now for this most special of goal machines.

An apparent fading Serie A light at Juventus not so long ago to potential Premier League title-race game-changer with United… at the age of 36.

Which makes the idea Kane could soon to be on the wane, with his best years behind him, utterly ludicrous.

King Harry is 28 and will be 30 when his current contract at Tottenham has one year left.

Then he can have the pick of clubs because, if Ronaldo, Lionel Messi and Robert Lewandowski are still finding the net well into their mid 30s and beyond, chances are Kane will be too.

The England skipper should have had a hat-trick in the 3-0 win over Hungary on Thursday rather than the one – a flashing near-post header – that made it 39 goals in 62 Three Lions appearances.

He is a little rusty. The romp in Budapest was only his third start since announcing he had given up trying to force his way out of N17 to Manchester City.

For the moment Kane, of course, can only dream of reaching the numbers Ronaldo has with Portugal – 111 goals in 180 games.

But regarding his futile bid to quit Tottenham for greener pastures, he is in esteemed company – alongside Luka Modric and Gareth Bale, both of whom had to wait an eternity to leave N17 for Real Madrid.

Did Tottenham make the right decision by keeping Harry Kane? Let us know in the comments section.

All three finished up very much second best when locking horns with the toughest chairman in football.

Daniel Levy, the Spurs supremo, is still the real deal. He never backs down – no matter how angry or upset the player demanding to be sold becomes. Strikes, sulks, public outrage make no difference.

No arguments, then. Levy’s previously rock-like reputation for getting the best for his club – or not doing a deal at all – has just got stronger amid Kane’s public u-turn.

So, too, has the squad at new manager's Nuno Espírito Santo’s disposal.

Whether, as in previous years, Kane is prepared to play through the pain barrier for the club, risking those at-times suspect ankle ligaments, remains to be seen.

He has to stay healthy to follow the Ronaldo career path. However, a fully fit Kane will always deliver goals for club and country.

But if more powerful this season, have table-topping Tottenham just become weaker long-term?

Has the latest demonstration of Levy’s refusal to budge – for one of their own, for a prolific, loyal servant who clearly believed there was an agreement regards leaving in the summer window – set alarms ringing across Europe?

Who, after all that, would consider Spurs as a viable, uncomplicated stepping stone to joining one of the game's true elite?

Any rising super-starlet with such ambitions would surely think twice about signing for a club under the vice-like group of Levy.

Which agent can view Spurs as an ideal destination to further a client’s blossoming career with confidence?

No matter how commendable it is to stand firm against Kane and Co, it is not the most enticing advertisement to lockdown star players.

Of course, Modric and Bale have won four Champions League winners medals apiece at Real since 2014.

Spurs, on the other hand, have no silverware to show over the same period despite Levy's much-lauded leadership.

That is why Kane wanted out in the first place – and it's why he will still want out in the future.

A future that can be very bright, indeed, going by Ronaldo!