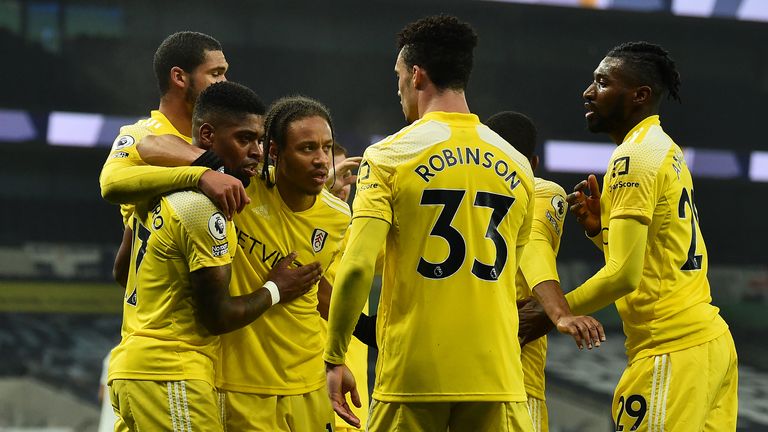 Tottenham dropped more points in their pursuit of the Premier League pacesetters as Ivan Cavaleiro scored a late equaliser for Fulham in a 1-1 draw.

Jose Mourinho’s men looked in full control of the game when Harry Kane headed home (25) a fantastic Sergio Reguilon cross but a second goal evaded them.

Heung-Min Son was denied in spectacular fashion by Alphonse Areola just before the break and then struck the post on 72 minutes. Fulham always carried plenty of weight with their attacks, though, and it wasn’t a surprise when Ivan Cavaleiro equalised following a wonderful cross from Ademola Lookman (74).

Spurs finished the match with a front four but lacked the required attacking rhythm to put any pressure on Fulham, who have now drawn their last five matches.

Only Brighton (12) and Sheffield United (11) have now dropped more points from winning positions than Spurs (10) in the Premier League this season.

Man of the match: Alphonse Areola

After Spurs’ game with Aston Villa was postponed, the Premier League quickly rearranged this match with the Cottagers, which was originally due to be played on December 30, and Scott Parker described the decision as “scandalous”.

Having not played a Premier League game since Boxing Day, Fulham looked fresh in the opening stages but it was Spurs that carried the more ruthless threat in the final third.

Reguilon fired over at the second attempt when well placed 12 yards out before Son saw a shot saved by Areola’s legs. The chances kept coming for Mourinho’s men as the South Korean brought a tremendous flying save out of Areola when he looked favourite to score from close range.

Spurs eventually made a 25th-minute breakthrough. 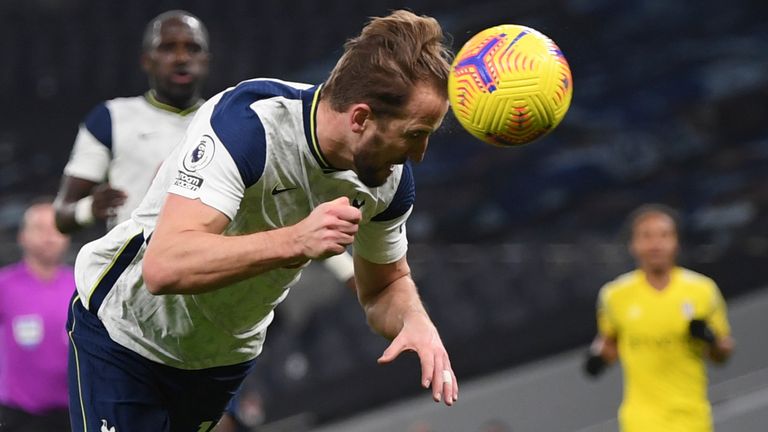 This time it was created on the left as Pierre-Emile Hojbjerg’s pass set Reguilon free and he delivered the most inviting cross for Kane, who obliged by sending a diving header into the bottom corner.

Kane then wasted probably an easier chance than his goal from a cross from Serge Aurier when spooning a header over the crossbar from eight yards out.

Fulham were restricted to shots from range with Ruben Loftus-Cheek a big influence on the way they constructed attacks. He almost hooked home a skilful acrobatic effort from the edge of the box but the chance flew a few inches wide.

As Fulham pushed for an equaliser in the second half Spurs sat back and looked to hit on the counter-attack. A big moment to make it 2-0 came with 20 minutes left.

Son was put through on goal by Tanguy Ndombele for the sort of opportunity he has buried on many occasions this season, but this time he scuffed his shot and it hit the post.

With their next attack, Fulham got the equaliser.

Ademola Lookman had made an impact from the bench and he turned Davinson Sanchez before putting in a cross that Cavaleiro powered home with an impeccable header.

Hugo Lloris had to keep out Loftus-Cheek after he was played in by the impressive Lookman before Antonee Robinson also had an effort blocked from the edge of the area.

Spurs were finishing with a whimper but they came close to stealing the points but an assistant referee’s flag ruled out a late Reguilon effort for Spurs.

Man of the match: Alphonse Areola

This must be a shout for signing of the season?

The on-loan PSG goalkeeper has a habit of making crucial saves at crucial times whilst also showing impeccable concentration levels. He made five saves in total with the pick of them coming from Son, who looked amazed that the Fulham man managed to claw away his precise header in the first half. Even Mourinho singled Areola out in his press conference for his individual performance.