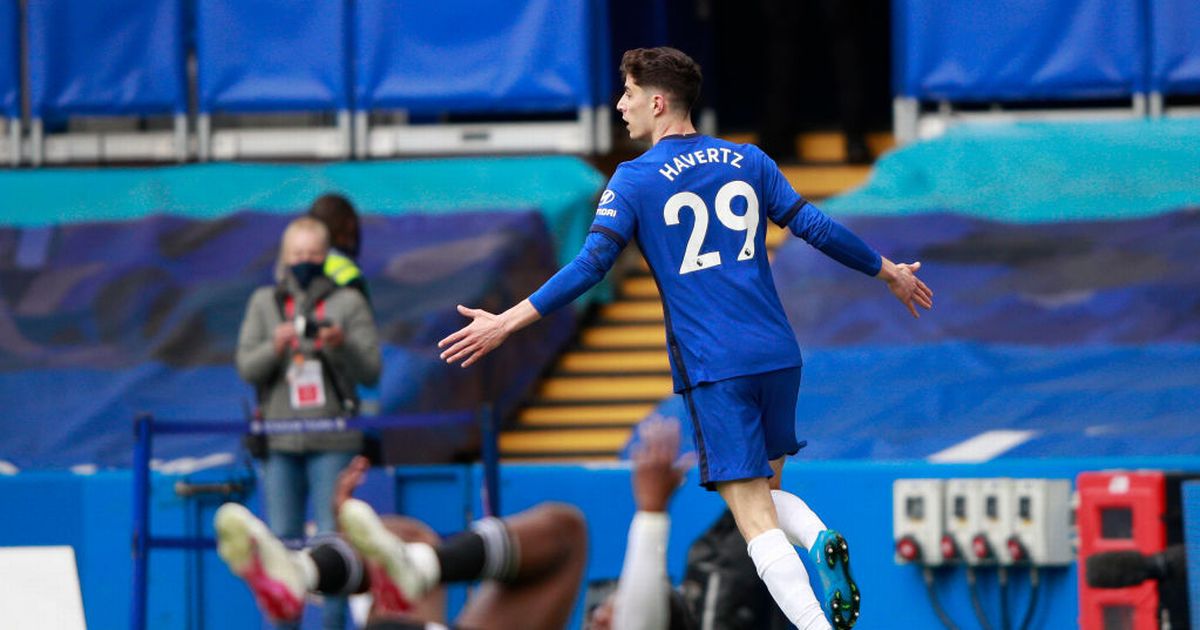 A Kai Havertz brace helped Chelsea beat Fulham 2-0 at Stamford Bridge and open up a six-point gap on the teams vying for the final Champions League place.

Thomas Tuchel rotated his squad, with at least one eye on Wednesday's Champions League decider with Real Madrid.

But they didn't take their eye off the ball in the Premier League, taking another step towards securing a place in the top-four.

Havertz, who was deployed as a false nine, opened the scoring after a majestic assist from the brilliant Mason Mount.

And he doubled the hosts' lead when he was expertly found by Timo Werner before slotting into the bottom corner.

Here's three things Tuchel got spot on as Chelsea picked up yet another valuable result.

It hasn’t been plain sailing for Chelsea’s £70million man, who has endured more than his fair share of struggles.

Tuchel spoke earlier this year about how much he trusts the German as a central striker, the role he was given from the start at Stamford Bridge.

“He arrives very naturally in the box to finish our attacks. He is comfortable in finishing,” Tuchel said.

And he took his brace with the kind of composure that has been so lacking for much of the campaign.

It’s now three in his last three for Havertz and growing signs Chelsea may have found a long-term position for the ex-Bayer Leverkusen man.

Getting the balance right

Tuchel made sure to emphasise that the west London derby with Fulham was no less important than Wednesday’s Champions League semi final showdown with Real Madrid.

But a cursory glance at the XI told the full story with both N’Golo Kante and Cesar Azpilicueta given a well-earned rest.

He suggested the two could have been at risk of injury so the decision to limit their minutes could prove a masterstroke ahead of a potentially historic end to the campaign.

Elsewhere however, there was still enough quality to see off a game Fulham side and take another massive step towards a top-four finish.

In what could prove a pivotal week in the club’s history, Tuchel got the balance just about right here.

‘Special’ Mount is a must starter

"It's outstanding and it makes him special, to be capable of playing so consistently and producing performances at this level so consistently,” Tuchel said of Mount in the build-up to Saturday’s game.

And while the Chelsea boss rotated some of his starters in preparation for Real Madrid in midweek, Mount was still a sure-fire starter.

"He knows why he is capable of playing so much because he takes good care of his recovery and it seems to be effortless for him,” he added.

From a much maligned figure at the start of the season, Mount is now arguably the most in-form midfielder in English football.

His brilliant role in the first goal can’t be overstated and Tuchel is right to always keep his main man in the starting XI.