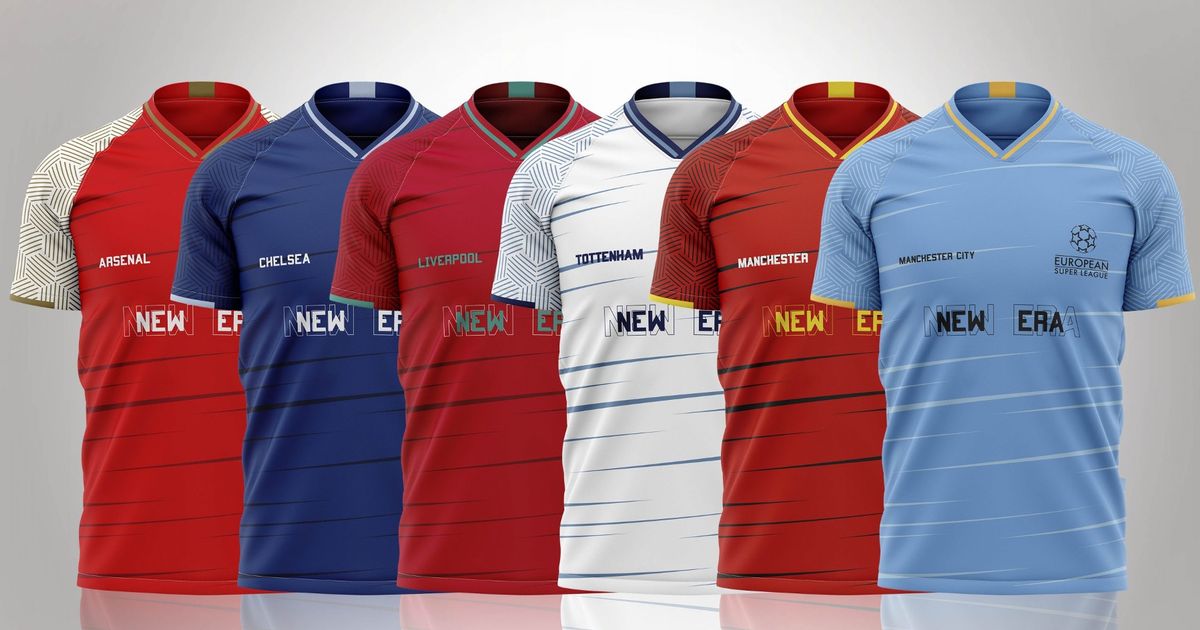 A marketing own goal has seen thousands of European Super League football shirts go on sale for just £2.

The official jerseys – in the colours of the six English teams who signed up for the ill-fated competition – were meant to retail for £29.99.

On Saturday, they will put in the bargain bin at a whopping 93 per cent discount.

More than 70,000 of the “new era” shirts, which feature the traditional colours of Premier League giants Manchester City, Manchester United, Arsenal, Chelsea, Tottenham and Liverpool, were destined for a well-known high street sports store before the plug was unceremoniously pulled on the competition following fans’ fury.

It means the merchandise is now as inaccurate as it is worthless.

What is your view? Have your say in the comment section

They have been snapped up by Poole-based Wholesale Clearance UK which thinks they might eventually become collector’s items.

A spokesman said: “We have been tasked with the challenge of finding buyers for football shirts promoting the European Super League.

“Unless you have been living under a rock the past couple of days it was created and subsequently disbanded in the space of two days.

“With this in mind we have an exclusive one-off offer.

“A ‘new era’ the shirts say, but now the Super League has been sidelined, these are limited-edition time capsules of the worst 48-hours for any football fan.

“So if you want to be a proud owner of one of these shirts to remind yourselves of how terrible the owners still are, now is your chance.”

Wholesale Clearance UK has 72,000 shirts arriving in a 40ft container.

In one of the most vocal grassroots rebellions ever seen the European Super League plan was announced on Sunday night, but collapsed after clubs were forced to withdraw and issue public apologies in the face of protests.

The 15 clubs who signed up for the breakaway competition in secret were AC Milan, Internazionale and Juventus of Italy, Spain’s Atletico Madrid, Barcelona, and Real Madrid, as well as the English contingent.

The Wholesale Clearance UK spokesman added: “They would also make a good present for friends who support a top six side or, if you simply want to buy it to burn on arrival, our offer can help with that too.”