Thierry Henry’s homecoming to Monaco is turning into a nightmare with no wins and a Champions League exit (…and PSG are up next!)

Given the choice between Aston Villa or Monaco, West Midlands or the French Riviera, Championship or the Champions League, Thierry Henry figured it was a no-brainer.

‘Having started my footballing career with this great club,’ Henry said after his announcement in October, ‘it seems like fate that I will now begin my managerial career here too.’

A month later, the Monaco student-turned-master is discovering how difficult this job will be. So far, it has been more Va Va Gloom than Va Va Voom for this French footballing legend. 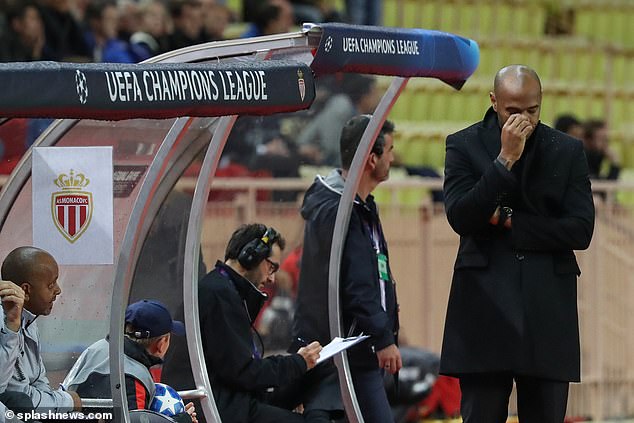 Monaco sit 19th out of 20 in Ligue 1 and are now no longer in the Champions League after a humiliating 4-0 loss at home to Club Brugge on Tuesday night.

The dream return continues to turn sourer by the day. It is unlikely to get better this Sunday, when they face French powerhouse Paris Saint-Germain.

PSG have scored 41 times in total this season, with Marseille the next nearest on 22. Up against Neymar and Kylian Mbappe, it could turn into a massacre at the Stade Louis II.

In France, not too many actually believe Monaco could drop down to Ligue 2. For many, the 2017 Champions League semi-finalists are simply doing their best to mimic Chelsea from 2015-16.

Yet when Jose Mourinho was sacked by his west London club before Christmas, interim replacement Guus Hiddink got an immediate reaction out of the squad upon taking over. 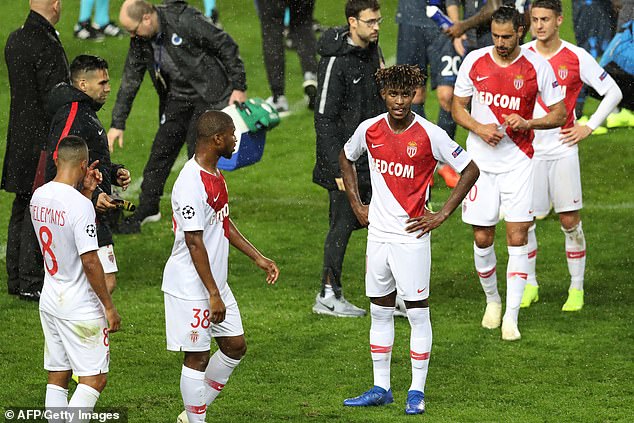 There has been no such response from Monaco’s squad with Henry, however.

Worryingly, those who watch the team regularly say the players look even more uninspired than they did under Leonardo Jardim, Henry’s predecessor.

The squad have yet to secure a clean sheet. After five games in all competitions, they have suffered three defeats and two draws.

After their 1-0 Ligue 1 loss to Reims at the weekend, Henry spoke open and honestly. ‘This evening was not about tactics, it was about a lack of desire,’ he said, damningly.

‘If you don’t win any duels, then its difficult to win a football match. I understand our fans’ frustration. This is a delicate situation. ‘When you enter the pitch and your players involuntarily refuse to play, it is difficult.’ It has been a breakthrough year for football management, with a golden generation of players taking over teams. There is Frank Lampard at Derby County, Steven Gerrard at Rangers and Patrick Vieira at Nice, who face Monaco in December.

Those three took over as head coaches of their respective clubs in the summer, leaving them with time to implement their ideas. Henry becoming boss midway through a struggling season was never going to be straightforward, but it has gone from bad to worse.

On paper, Monaco were already in a fight for survival when Henry took over, so to appoint a pundit with no solo management on his C.V. was always a risk.

The Frenchman will require time but that is a rarity in football, especially at clubs with expectations.

Monaco, Ligue 1 champions in 2017, have them. Before facing Club Brugge in Europe’s elite competition on Tuesday, Henry said his side would dig deep. 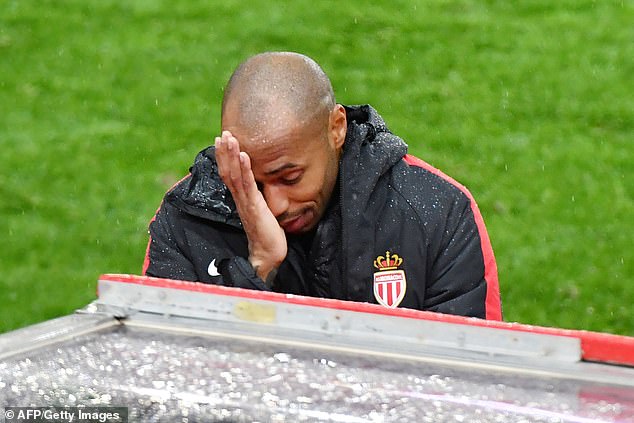 They failed to do so, and were beaten heavily by a team that were winless in Group A. It was their heaviest defeat at home in Champions League or European Cup history.

Back where it all began, Henry taking over Monaco was supposed to be the stuff of fairy-tales. He has been billed as a future manager of Arsenal, after all, and this is the first step on that journey.

He has left the comfort of the punditry sofa, left the shadow of Belgium boss Roberto Martinez and is now firmly in the spotlight at Monaco, all on his own. Next up, PSG.