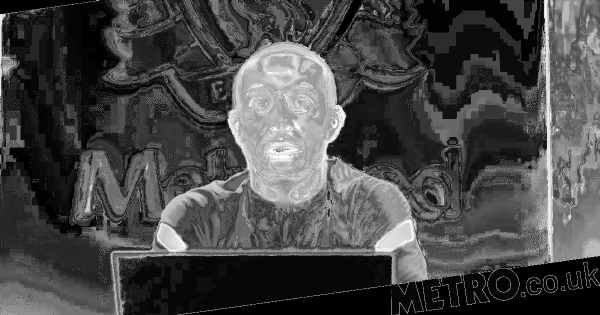 The Liverpool midfielder, who joined from Bayern Munich in the summer selected a side of his best friends in football because he thinks that would have the best chemisty.

He named his brother Rafinha, who plays for Paris Saint-Germain, Leeds striker Rodrigo and Jonathan dos Santos as his outfielders.

And in goal, he selected United stopper De Gea.

‘I always say that more than the best players, I will always choose the best chemistry and the best friends I have in football,’ he said in a Q&A on Liverpool’s Youtube channel.

‘Like my brother Rafinha, Rodrigo Moreno who plays for Leeds, Jonathan Dos Santos, who is at LA Galaxy in the USA and David de Gea, goalkeeper for Man U and myself.

‘I think that’s the five-a-side team I would choose.

‘The only problem is somebody has to defend, but it’s okay.’

Earlier in the Q&A, he was asked to choose between two Liverpool legends as a midfield partner: Steven Gerrard and Xabi Alonso.

‘Wow,’ he replied. ‘Well, the midfield is so big, I can pick both. We can play with three midfielders.

‘Xabi was a friend, a team-mate and a teacher for me when we were playing together at Bayern and in the national team.

‘I like him a lot and respect him a lot as a player, as a person and now as a coach. They were machines and amazing football players.’