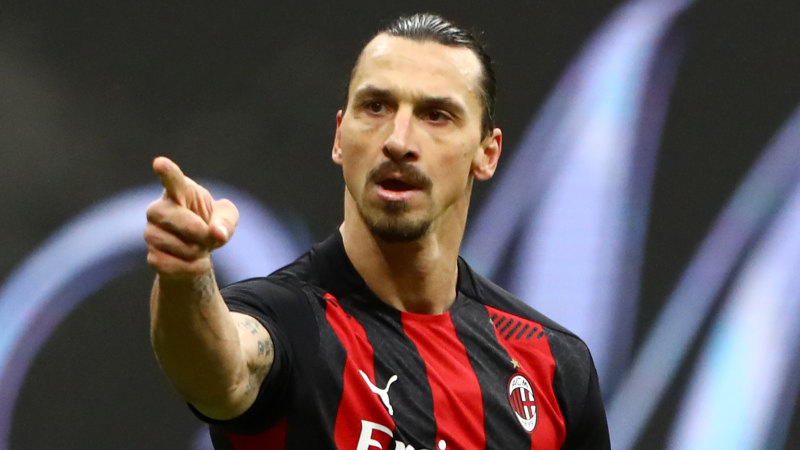 Socceroos defender Milos Degenek was seven years old when Zlatan Ibrahimovic fired his first warning shot to the world. It was a friendly in the summer of 2001 during the Swede’s first season at Ajax and the unfortunate victim was Liverpool defender Stephane Henchoz.

“First I went left, he did, too,” Ibrahimovic said post-match, recounting the audacious dribbling move that left his opponent completely embarrassed. “Then I went right, and he did, too. Then I went left again, and he went to buy a hot dog.” 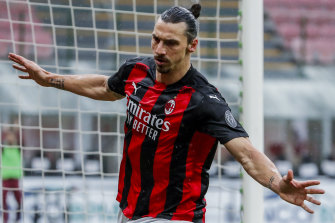 Zlatan Ibrahimovic might be 39 but he remains in scintillating form for AC Milan.Credit:AP

That moment, and the boast that followed, set the tone for the brilliant career that would unfold during the next two decades and counting. Now 39, Ibrahimovic remains one of the most captivating athletes on the planet, defying his age to spearhead a remarkable revival this season at AC Milan in his second stint at the club.

Degenek has been handed the unenviable task of stopping him, with his club, Red Star Belgrade, set to host the Rossoneri on Friday morning (AEDT) in the Europa League’s round of 32. Perhaps the very best he can hope for is to not be immortalised in one of Ibrahimovic’s famous quotes, like Henchoz.

Zlatan’s outlandish off-field character – the first-person references, the performative Kanye West-style arrogance – might be getting a little old, but it’s only because he can still match it on the field that he can get away with it.

When Ibrahimovic left LA Galaxy in late 2019 – “I came, I saw, I conquered … now go back to watch baseball,” he told his American fans – it appeared Ibrahimovic’s career was winding down. Two years removed from the ACL injury that soured his otherwise terrific stint at Manchester United, many doubted whether he could still compete at the highest level.

Milan only offered him a six-month deal initially, fearful that his body may not have been up to the task. They needn’t have worried. Ibrahimovic has not only scored 24 goals in 30 games, but his magnetic presence has changed the mentality of the entire club and dragged his teammates to another level.

Last week, he scored his 500th career club goal, with Milan now reportedly in talks to extend his contract, which would see him stay at San Siro into his 40s.

Degenek, an admirer of Zlatan since his Juventus days, has been in awe watching him.

“It’s a massive challenge. His physique, his awareness, his goal scoring – it’s pretty much everything. He’s unbelievable. It’s just ridiculous how good he is. I’ve played against some of the world’s best and it’s something I’ll be able to tell my kids one day, and talk to my friends and family about.” 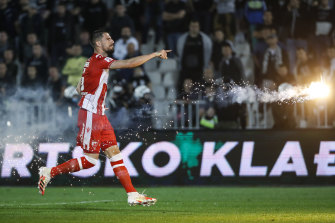 So, how do you actually stop him?

“You can’t do much,” Degenek concedes. “In my vision, it’s just be strong – not let him hold onto you, because he’s definitely stronger than I am, and he’s bigger.

“I have to use my pace and my brain to get in front or just be a bit smarter in situations where I can get isolated with him. I have to be very intelligent with how I go along with those things. I have to do a lot of preparing in the next few days to be 100 per cent set and ready for the game.”

Milan’s packed schedule could help Red Star. Between the first and second legs, Milan have a midweek derby against Inter Milan next Wednesday. Inter sit one point clear of them on top of the Serie A ladder and Degenek suspects that finishing strongly in the league will be their priority, with Ibrahimovic already on record about his disdain for the Europa League.

For a club such as Red Star Belgrade, however, it means everything. Streets ahead of their rivals in the domestic league, Degenek said they have been focusing on Milan for several weeks, while coach Dejan Stankovic – an Inter legend – has been as “fired up” as any of his players.

The great shame is that it will be played behind closed doors. It is only the second time since their European Cup triumph in 1991 that Red Star have made the knockout stage of a European competition and, in a normal world, Degenek believes the demand for tickets would be so strong that they could sell out their stadium two or three times over – and that’s before accounting for the extra pull of a club as big as Milan and a figurehead as revered as Zlatan.

But Red Star’s fanatical fans have found other ways to show their support, often turning up at training sessions in their hundreds with banners, flares and chants – or even lining up along the side of the road in the dead of night.

“Last night we were driving home from a game around 300 kilometres away and every 50-odd kilometres in a bigger city, there was fans lined up on the highway, on the road, lighting up flares and things like that. It’s unreal. Sometimes we can’t see them but we know they’re there and it helps us knowing they still love us.”

Degenek hopes the experience will hold him in good stead when the Socceroos reassemble next month for their next World Cup qualifier in Nepal, after a year with no games.

“I’ve missed the Socceroos in the last year more than anything else,” he said. “That for me is the best environment, playing for Australia and playing with those boys, thinking about some of the games we’ve had … it’s probably the best thing in the world.

“We know we have a very important year and a half coming up, leading up to the World Cup, which we want to qualify for. I’m in touch with most of the boys every day; we’re all keen, excited and can’t wait to get back together because, it’s been a long time.“