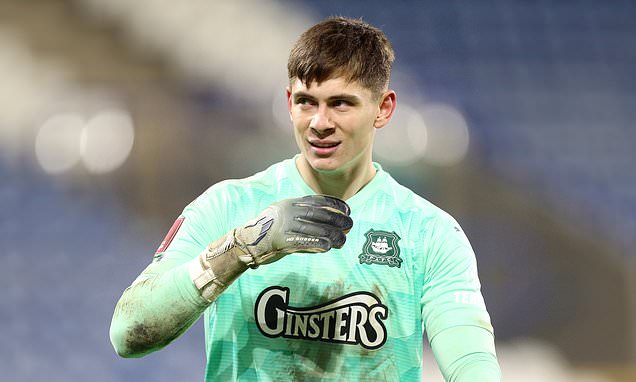 THE SECRET SCOUT: Plymouth goalkeeper Michael Cooper is strong under pressure and can use his feet but needs to fill out a bit more

Our scout is a top football expert who attends matches each week searching for the next star.

Here is his verdict on Plymouth’s Michael Cooper for Sportsmail… 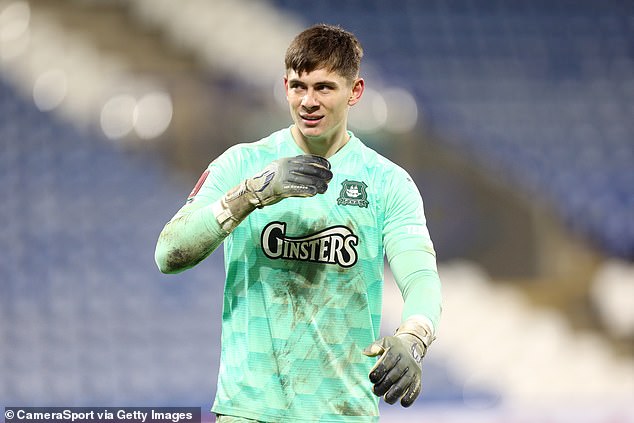 WHAT HAS HE GOT?

Several years ago I saw this young goalkeeper give a mature performance in a youth game and I noted his name.

After a loan spell in tougher football at Truro, he is now between the posts for Plymouth in League One.

I watched him recently on an evening when I hoped he would be busy.

When called upon, he brilliantly pushed a close-range header over the bar.

He had to field several back passes and his footwork was accurate.

When he got battered on a high cross, he was strong under pressure and punched clear. 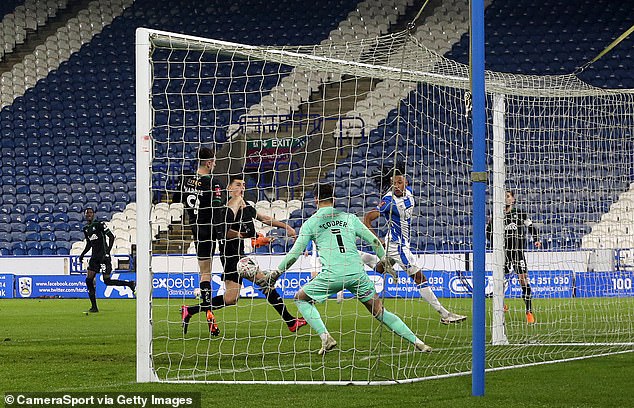 WHAT DOES HE NEED?

Quite tall, he needs to fill out a bit more, but he will do.

He conceded two goals on this occasion, but one was a penalty and the other he could do nothing about.

Plymouth had a poor spell recently, losing six league games in a row.

But Cooper retained his place, suggesting manager Ryan Lowe has faith in him.