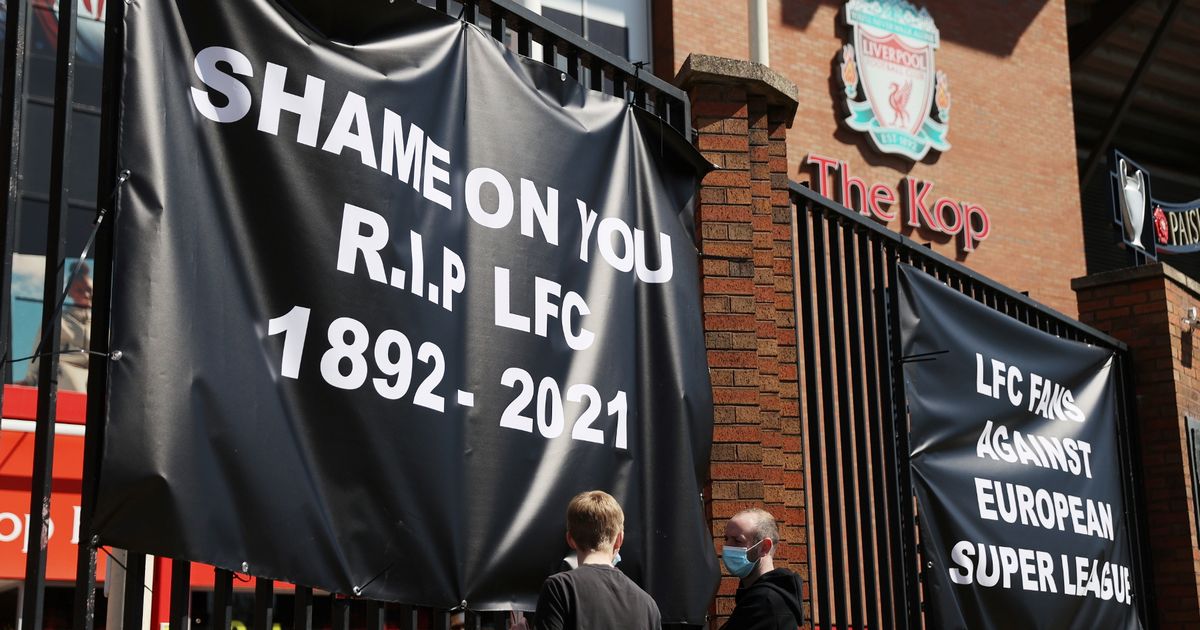 The footballing world is still reeling from the announcement of the European Super League on Sunday night.

The Premier League's 'Big Six' make up half of the 12 founding members of the new competition, with all clubs involved no longer taking part in UEFA's Champions League or Europa League.

The Premier League's rulebook stipulates that Arsenal, Manchester United, Manchester City, Tottenham, Liverpool and Chelseawill need to split from the English top flight in order to sign up for the European Super League.

The three teams from Italy – AC Milan, Inter Milan and Juventus – and the Spanish trident of Barcelona, Real Madrid and Atletico Madrid have received a similar warning from their respective divisions and UEFA.

The European Super League proposals have received widespread criticism from fans, politicians, clubs not involved and from football's governing bodies.

Supporters' groups from all of the Premier League's 'Big Six' have penned letters condemning the breakaway division, citing greed and lack of sporting merit – as the founding clubs cannot be relegated – among their many major concerns.

Liverpool fans have removed their banners from the Kop and staged a protest outside Anfield, with one poster reading: "Shame on you. R.I.P LFC. 1892-2021."

It is feared the proposals will result in financial catastrophe for other domestic clubs not involved in the breakaway division.

But what do you think about the plans for the European Super League? Is it the next stage in football's economic and global development, or is it purely motivated by greed with no regard for fans? Have your say in the survey below.

It remains to be seen if the Premier League will kick out its 'Big Six' clubs as they continue to push ahead with their European Super League plans.

The latest reports suggest the sides involved believe they are too big for the English top flight to part ways with, and as such they are confident of competing in the European Super League and Premier League simultaneously.