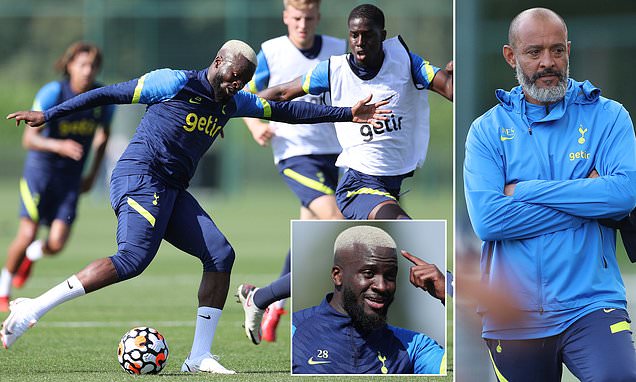 Tanguy Ndombele is keen to fight for his place at Tottenham and is hoping to make his first appearance of the season within the next week, according to reports.

The 24-year-old looked set to leave Spurs in the transfer window after being left out of all their pre-season matches as well as all five of the Premier League leaders’ competitive fixtures in August.

His omission has come with boss Nuno Espirito Santo questioning the Frenchman’s attitude late last month, telling him to fix up and that his best form must ‘come from himself’. 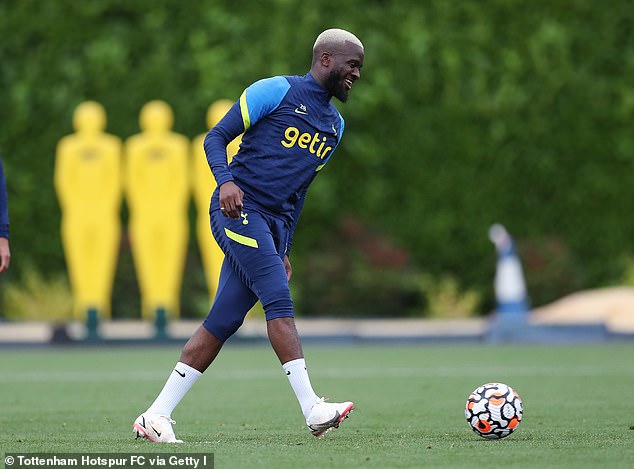 Tanguy Ndombele wants to fight for his place at Tottenham and is hopeful of making his first appearance of the season on Thursday, according to reports 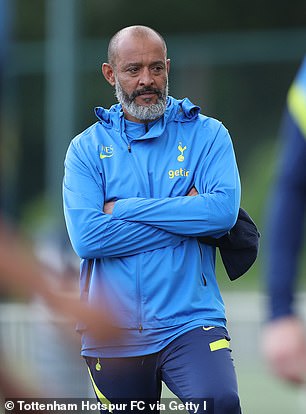 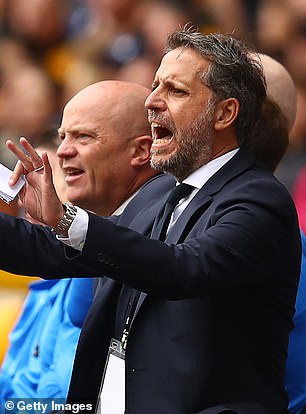 But the Evening Standard now claim he has held talks with Nuno and managing director Fabio Paratici since the transfer window slammed shut and admitted he must work hard to return to the Portuguese’s side.

And the same outlet adds while he is unlikely to feature in their Saturday lunchtime top-flight fixture against London rivals Crystal Palace, the former Lyon star is hopeful of featuring against Rennes in the Europa Conference League on Thursday.

Spurs are struggling for numbers in midfield ahead of their visit to Selhurst Park, with Oliver Skipp’s groin injury – which he suffered on England U21 duty – meaning he is a doubt.

Giovani Lo Celso meanwhile will also not feature after he defied Premier League rules to go on international duty with Argentina. 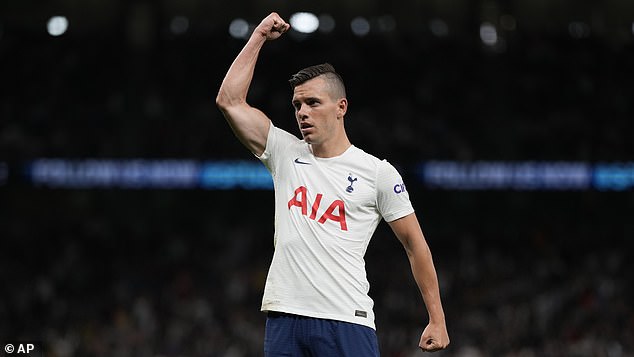 Spurs are short of midfielders, with Giovani Lo Celso in Croatia after travelling to Argentina

He is currently at a training camp in Croatia with Cristian Romero and Davinson Sanchez, but the trio will travel to England after 10 days, meaning they will not have to obey any hard quarantine rules upon their return.

Club team-mate Ndombele meanwhile has been added to the squad for the Conference League group stage after being omitted for the two-legged play-off against Portuguese side Pacos de Ferreira.

But he will now hope to feature at the Roazhon Park on Thursday, with Slovenian side Mura and Dutch outfit Vitesse Arnhem also in Group G along with Spurs in the inaugural edition of the competition. 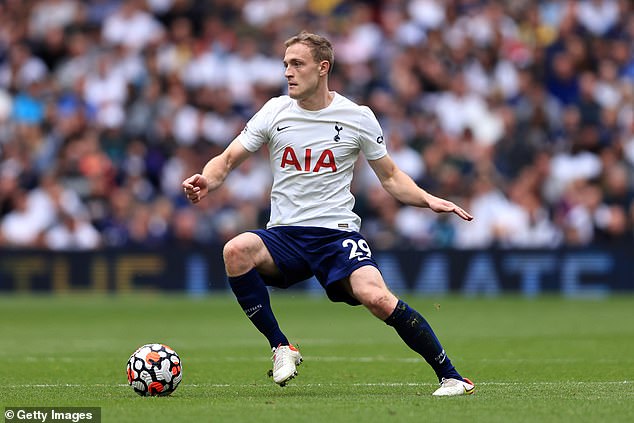 PSG are also said to be keen on the midfielder, who joined Spurs in a club-record £65million deal from Lyon in 2019.

Ndombele made 46 appearances for Spurs last term across all competitions, scoring six goals and laying on four assists.