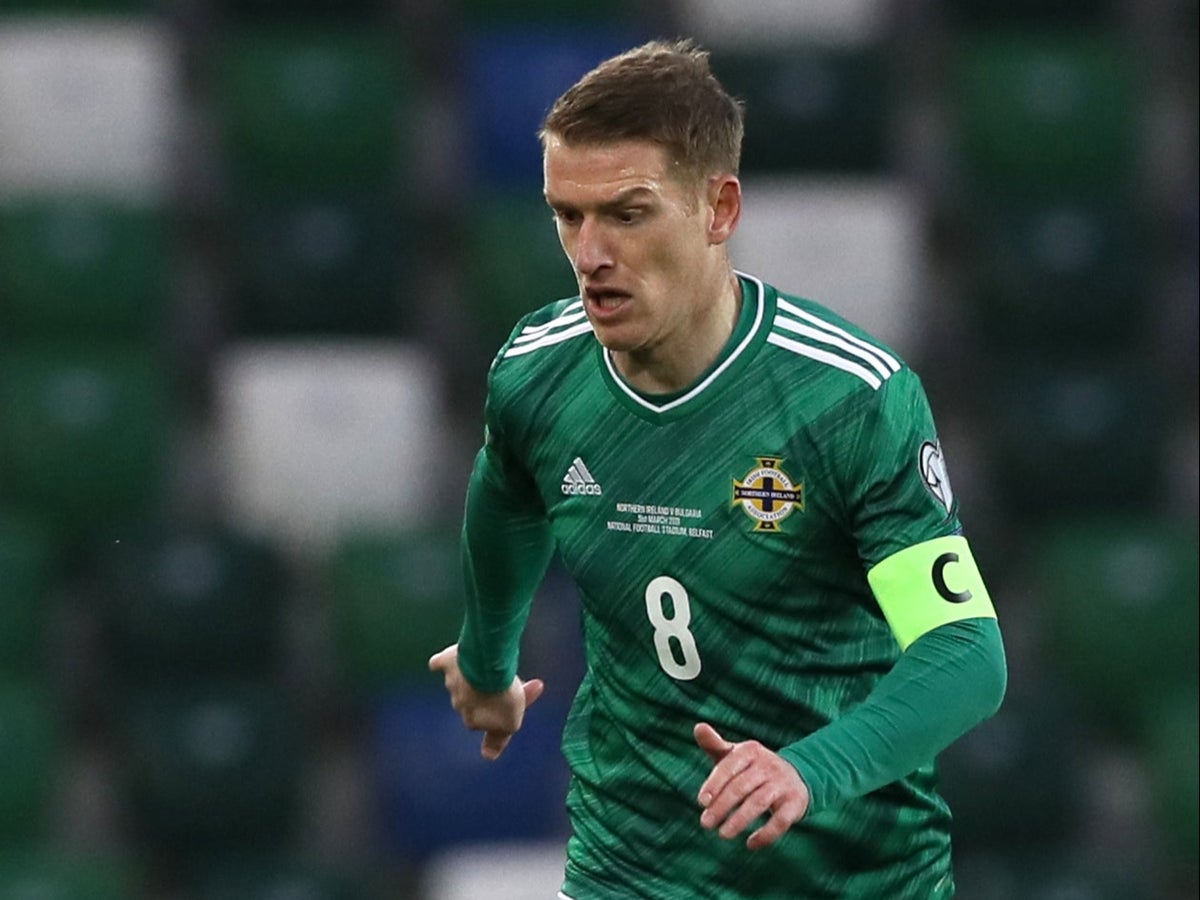 Steven Davis believes Northern Ireland would be wasting their energy if they spent any time thinking of Wednesday’s crunch World Cup qualifier against Switzerland as a revenge mission.

It was the Swiss who ended Northern Irish hopes of reaching the 2018 finals with a hugely controversial 1-0 play-off win thanks to a disputed penalty, but captain Davis – one of four players in Ian Baraclough’s squad who played that night – said he and his colleagues have moved on.

“The squad now is very different to what it was then,” the Rangers midfielder said. “We won’t use any energy on revenge or anything like that.

“We know the importance of this game and what it could do for us and that is our sole focus.”

After Thursday’s 4-1 win in Lithuania Northern Ireland go into the game knowing a victory would move them above Switzerland into second place behind European champions Italy in Group C.

Baraclough’s side will be full of confidence, having followed Thursday’s win with a 1-0 friendly victory over Estonia on Sunday, delivered by a much-changed side.

The manager, a little over a year removed from his first game in charge, arguably did not enjoy the rub of the green early in his tenure, but recent results – Northern Ireland have won three of their last four starting with the 3-0 friendly win over Malta in June – give a cause for optimism.

“We knew the things we were laying down, the processes, the things that give us a chance to win games, were working for us,” Baraclough said.

“We came into this camp knowing we were playing well and we just needed to tighten up one or two things.

“We were clinical against Lithuania, we took our chances and played very well, (apart from) 10 or 15 minutes, and then with a totally different team against Estonia, a tricky game but we came through it and I think we’re in very good form and high in confidence.”

Baraclough had previously set his side the target of picking up points against Lithuania and Bulgaria to put themselves in a ‘mini-table’ against Italy and Switzerland for the top two places in the group.

But the manager insisted Wednesday’s match was not a do-or-die fixture, with a victory guaranteeing nothing, nor a defeat ending any hopes.

Pointing to Bulgaria’s draw with Italy, he said: “There are going to be more results which will surprise people, so we’ve just got to make sure we look after our games, our house.

“If we get that right, we’ll put ourselves in with a great chance…We’d love to beat the Swiss at home but if we do that it’s not job done.

“We have to go there and to Bulgaria next month so it’s important we don’t get too far ahead of ourselves and consider it the be all and end all if we win this game.”

George Saville is available after missing the Lithuania match through suspension, but Paddy McNair is banned, joining Jonny Evans, Stuart Dallas, Corry Evans and Josh Magennis on the sidelines.

New Switzerland coach Murat Yakin has major problems of his own. Ex-Liverpool forward Xherdan Shaqiri joined Mario Gavranovic, Loris Benito and Breel Embolo in withdrawing from the squad through injury, while former Arsenal captain Granit Xhaka is out having contracted Covid-19.

“Both of us have lost key players and it’s important those players who come in do themselves justice and get into a position where it’s difficult for me to leave them out next time round,” Baraclough said.

“We know we will come up against a decent side. They are 14th in the world and they are not there for no reason and we have got to be ready for a tough battle.”