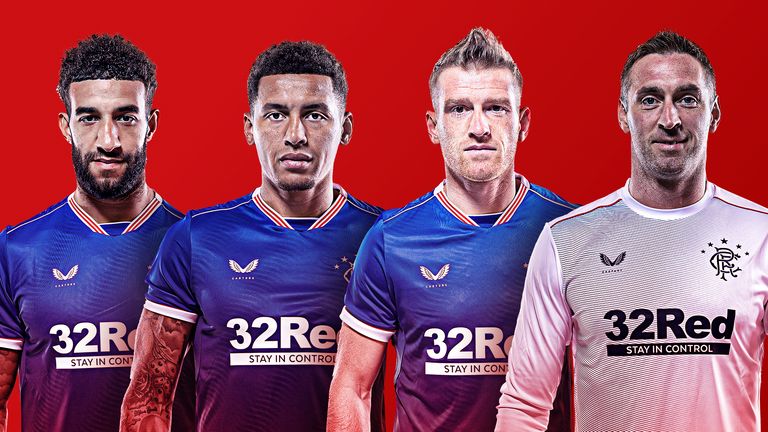 Rangers’ dominant season has been recognised with all four nominees for the Scottish Football Writers’ Association player of the year award coming from the club.

Steven Gerrard’s side secured the Scottish Premiership title in early March and are 23 points clear of Glasgow rivals Celtic after last Sunday’s 4-1 victory at Ibrox.

As well as collective success, key individuals have also now been recognised, with James Tavernier, Connor Goldson, Steven Davis and Allan McGregor all in contention to win the accolade – the last Rangers player to do so was David Weir in 2010.

Captain Tavernier has led by example this season with a series of crucial displays, with the right-back also among the goals.

A purple patch in the first half of the campaign saw him score 17 times in 22 matches as Rangers showed their intent and ratcheted up the pressure on Celtic in the title race.

Goldson has been a mainstay of the defence this season, making 54 appearances for Rangers as well as chipping in with eight goals, including both in the 2-0 victory away to Celtic in the league in October.

Steven Davis – currently in his second spell with the club after spending seven years in the Premier League with Southampton – earns his place as one of the nominees after another dominant campaign.

As well as a number of key performances for Rangers, Davis also became the most-capped British international player when he made his 126th appearance for Northern Ireland in their World Cup European Qualifier against Bulgaria.

Goalkeeper Allan McGregor, 39, also back at Ibrox after an extended spell in the English game, has been in imperious form, letting in just 30 goals in the 41 games he has so played to date for Rangers in the 2020/21 campaign.

Gerrard in running for SFWA Manager of the Year award

Steven Gerrard, Steve Clarke, Callum Davidson and David Martindale have all been nominated for the Scottish Football Writers’ Association Manager of the Year award.

Gerrard is included after leading Rangers to their first Scottish Premiership title since 2011, ending Celtic’s decade-long dominance in Scotland’s top division in the process.

Rangers could yet end the league season unbeaten, if they avoid defeat against Livingston on Wednesday, May 12 and Aberdeen on Saturday, May 15, live on Sky Sports, in their final two fixtures.

Patterson on SFWA Young Player of the Year shortlist

Aberdeen midfielder Ferguson, who won the award in 2020, could become only the third player to be named the best Scottish youngster in successive years.

Turnbull, who won the award in 2019 while at Motherwell, has enjoyed an impressive debut season with Celtic while the performances of Hibernian left-back Doig have caught the eye of Arsenal, Celtic and Chelsea.

Fellow defender Patterson has made 14 appearances for Rangers as they ended their 10-year wait for a Premiership title. Danny Wilson was the last Rangers player to win this award in 2010.