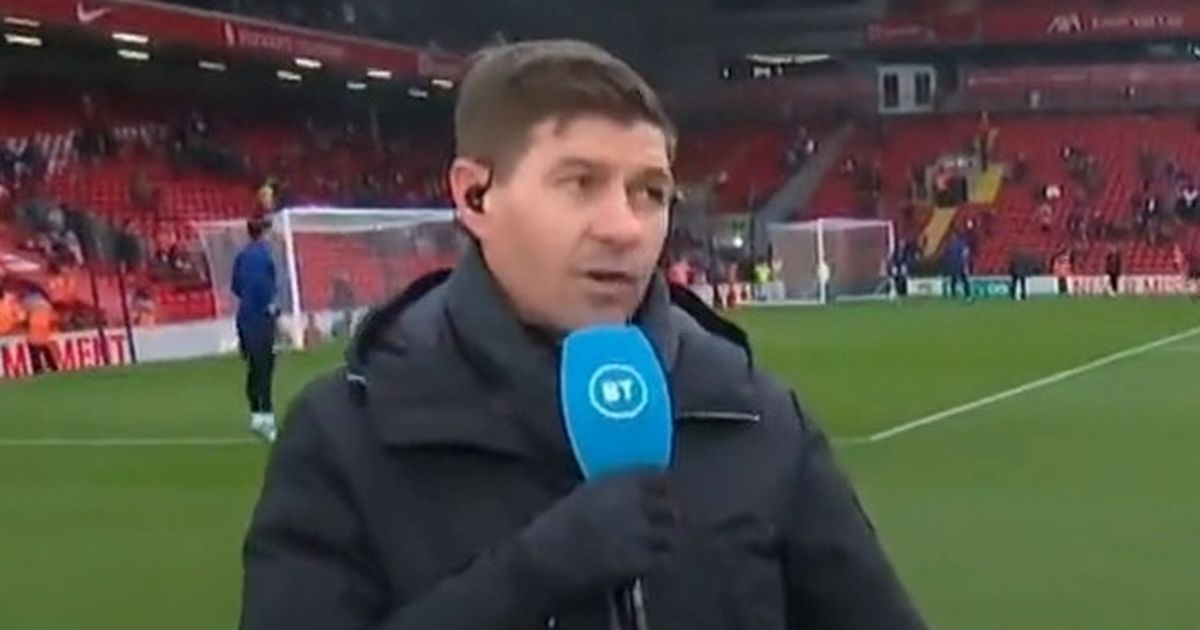 Steven Gerrard has asked “when is it going to stop” after Chelsea’s stunning January transfer spending spree.

The Liverpool legend slammed Todd Boehly’s approach to transfers since taking over the club last summer. Boehly has splashed out an eye-watering £460million on new signings in just two windows, while his side sit in a lowly 10th place in the Premier League.

Around £190m of that figure has come this January alone, with manager Graham Potter needing to integrate six new additions to his squad. And speaking as a pundit on BT Sport ahead of Chelsea’s visit to Anfield, Gerrard questioned the need for such wild spending.

Gerrard said: “I’m not sure [if there is a strategy]. Listening to Graham Potter’s interviews there’s little nuggets in the interview that he’s not taking responsibility for every signing here, he’s saying it’s more a collective in terms of the decision-making here.

“I think you’ve got an owner that’s in a rush for success, you’ve got a manager that wants a bit more patience and to build something special here – I think he’s more than capable – but for me the concerning thing is that they seem to be reacting off recent results.

Do you think Chelsea have a transfer strategy under Todd Boehly? Let us know in the comments section below

“You look at January alone they’ve broke their record again – what is it close to £150million? When is it going to stop?

One of Chelsea’s major January additions has been £89m winger Mykhaylo Mudryk. The Blues seemingly hijacked Arsenal’s pursuit of the Ukrainian out of nowhere despite having the likes of Christian Pulisic, Hakim Ziyech and Raheem Sterling already to cover the position.

They have since gone on to sign another winger in Noni Madueke from PSV for £29m.

"The way to do that is on the training pitch with time, not necessarily adding bodies and expensive signings into the mix.”