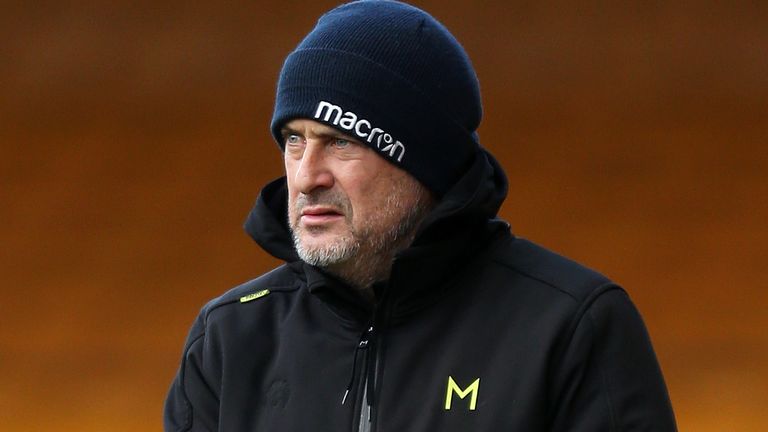 A 2-1 defeat by promotion hopefuls Exeter City on Tuesday left the U’s 21st in the table, nine points clear of the relegation zone.

Colchester appointed former player and assistant manager Ball, 51, last July as the successor to John McGreal, who left the club after defeat to Exeter in last season’s play-off semi-finals.

In a club statement, owner and chairman Robbie Cowling said: “Following the game tonight and a discussion I had with Steve, it was decided that the best way forward was for him to leave his position as head coach.

“Steve has been with the club in different capacities for a long time and I would like it placed on record our thanks to him for his hard work and dedication.”

Ball’s last victory in charge was a 1-0 win at Scunthorpe on December 8.

Colchester have not revealed who will take interim charge, or whether Ball’s assistant Hayden Mullins will remain at the club.