The No 9 Test: Spanish papers focus on the battle between Luis Suarez and Karim Benzema ahead of first El Clasico since 2007 without both Lionel Messi and Cristiano Ronaldo

El Clasico returns for the first time this season on Sunday afternoon, and the focus in Spain is on the attacking options for both sides.

It will be the first time Real Madrid and Barcelona have faced each other without either Lionel Messi or Cristiano Ronaldo taking to the pitch since 2007, and the conversation has turned to who will be the main attacking threats in their absence.

Marca believe that job will fall to the No 9s of each side, with Luis Suarez and Karim Benzema both set to play a key role. 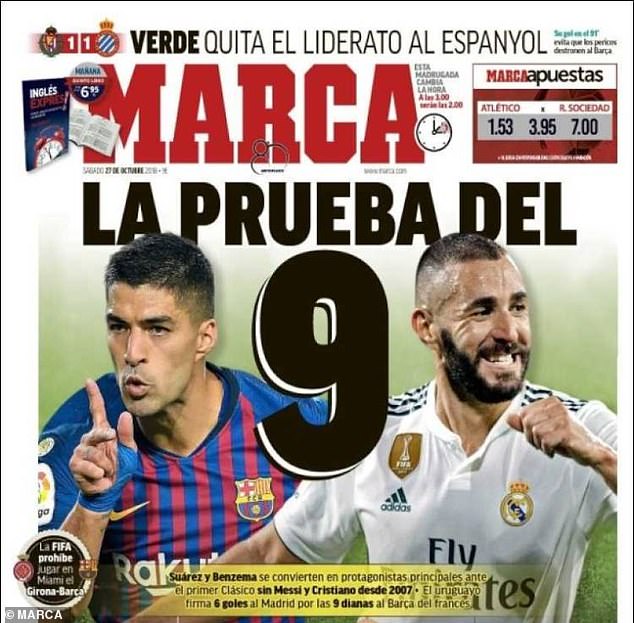 The Uruguayan has six goals in his last nine appearances against Real, while his opposite number has been involved in 16 goals in just 28 appearances for his side against their bitter rivals.

Real Madrid have struggled across all competitions since Julen Lopetegui was hired in the summer, and the suggestion across Spain is that a poor result on Sunday could see his time at the Bernabeu come to a premature end.

Despite their problems, though, Suarez insists that Barcelona must be at their best to secure victory at the Nou Camp. 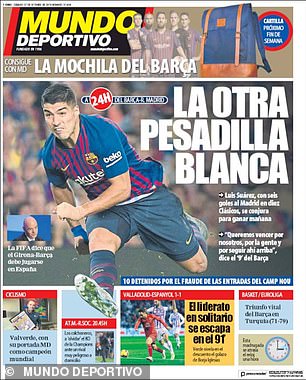 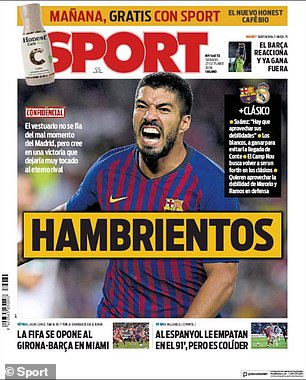 ‘A Clasico is a clasico, in the last one at the end of last season we were already champions and it was a game played at a high tempo,’ said Suarez.

‘It is always the way and you don’t think about what state of mind the other team is in when they arrive.’

Aside from Marca, Mundo Deportivo describe Suarez as ‘the other white nightmare’ as they too focus on Suarez’s record against Real, while Sport simply describe the striker as ‘hungry’.

Meanwhile, AS focus on the decision Lopetegui has to make in his starting line up. They suggest that the Real boss is set to ‘cling to Isco’, pinning his hopes on the Spanish play-maker in a 4-4-2 alongside Gareth Bale and Benzema. 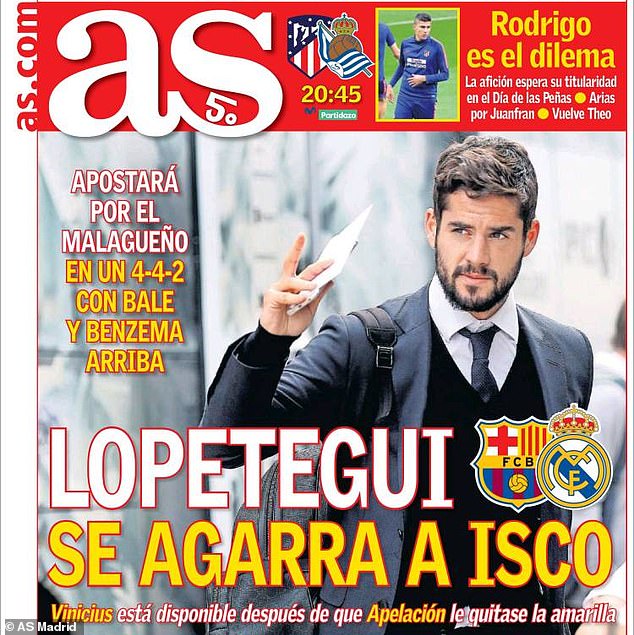