The Spanish press described Barcelona’s 5-1 thrashing of Real Madrid in Sunday’s Clasico as a lethal blow to manager Julen Lopetegui.

Luis Suarez scored a hat-trick and Philippe Coutinho and Arturo Vidal were also on target as Barcelona, even without their talisman Lionel Messi, ran riot at the Nou Camp.

It left Real seven points behind leaders Barcelona in the La Liga standings and Lopetegui facing the sack after just a few months in charge. 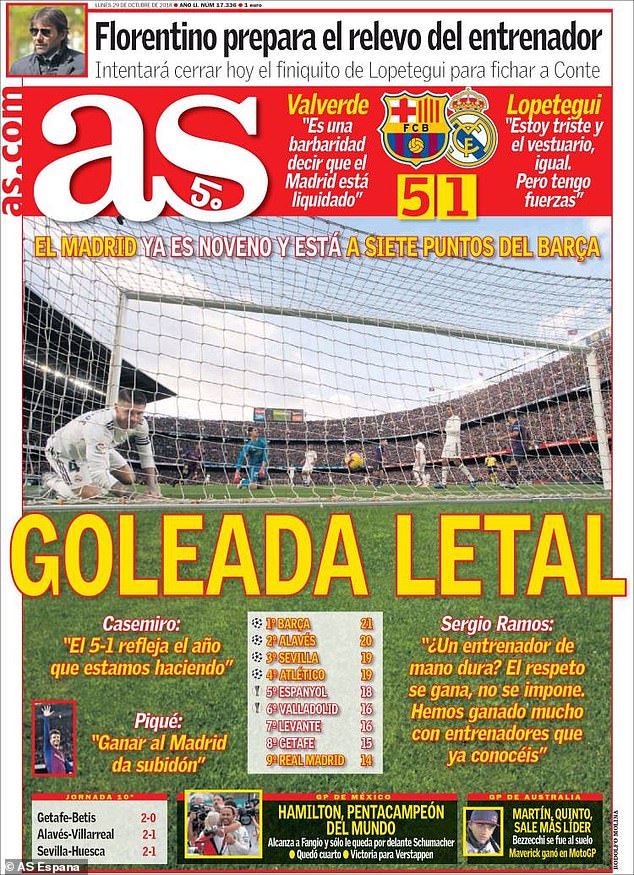 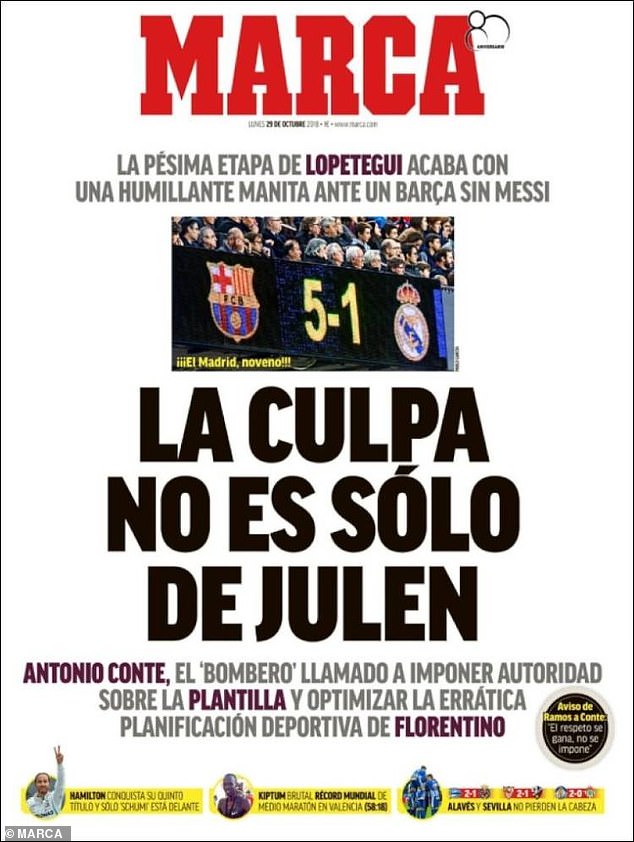 ‘Lethal win’ read the headline on the front cover of Monday’s edition of AS, which pointed out that Real sit a lowly ninth in the standings.

They confirm that a change of manager is imminent, with former Chelsea manager Antonio Conte lined up to replace Lopetegui.

Pulling out some of the pertinent words from the players following the humiliation, AS quote Casemiro as saying: ‘5-1 reflects the year we are having.’

Marca’s front page picture simply showed the scoreboard at the conclusion of the match, their headline reading: ‘It’s not only Julen’s fault.’

Though that appears sympathetic, they do call the result ‘the last stage’ of Lopetegui’s short reign and also quote captain Sergio Ramos offering some advice to the incoming Conte: ‘Respect is earned, it is not imposed.’ 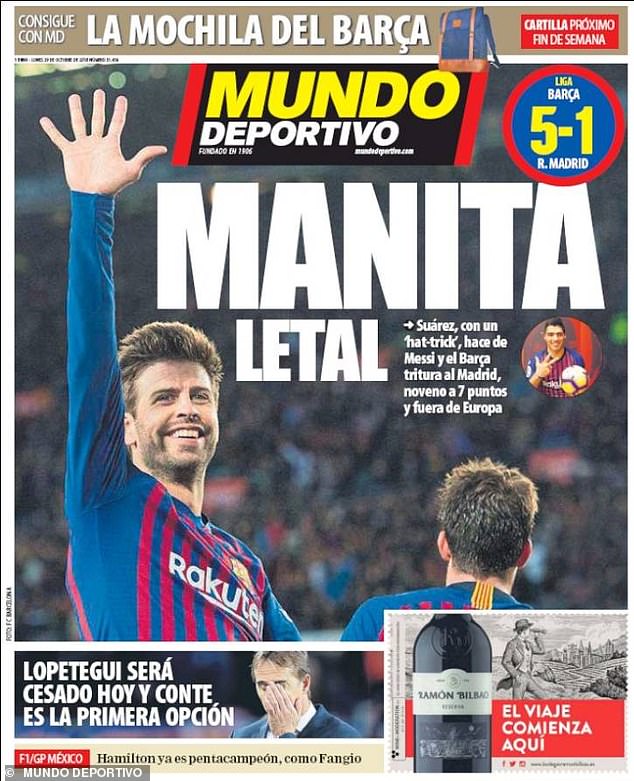 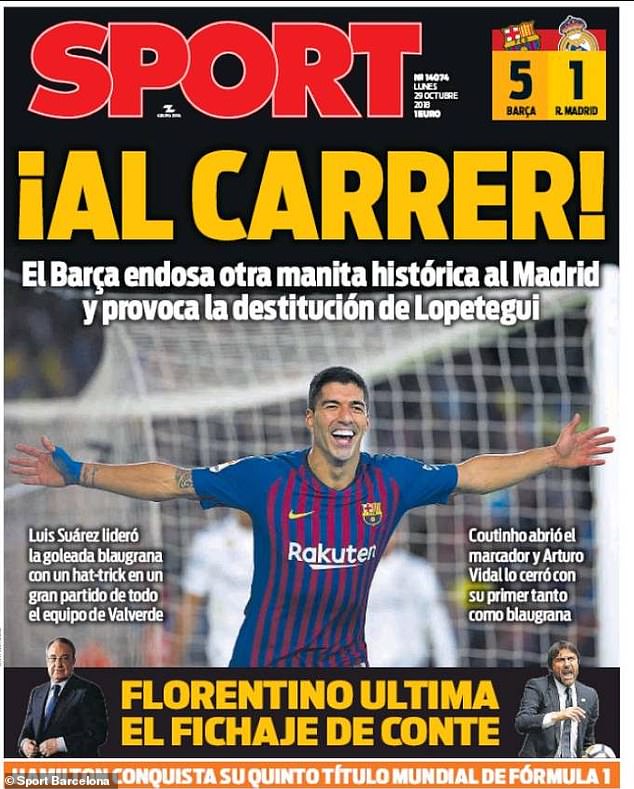 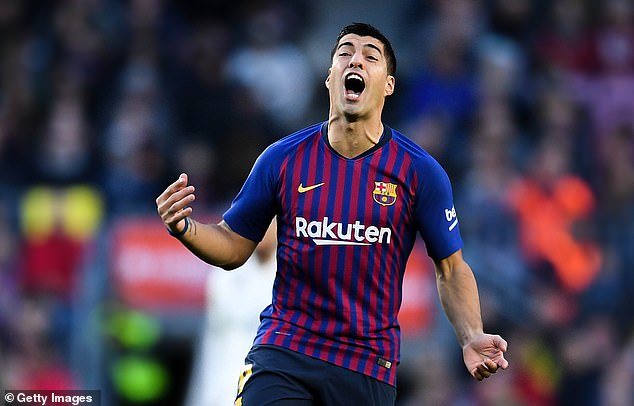 ‘Manita’ read their headline, which means ‘little hand’ in Spanish and is used in a football context to represent a five-goal drubbing, or one goal for each finger.

Sport went further, calling it an ‘historic Manita’ that ‘provoked the destruction of Lopetegui.

All the newspapers are in agreement that Conte is set to be tasked with resurrecting Real Madrid’s flagging season.