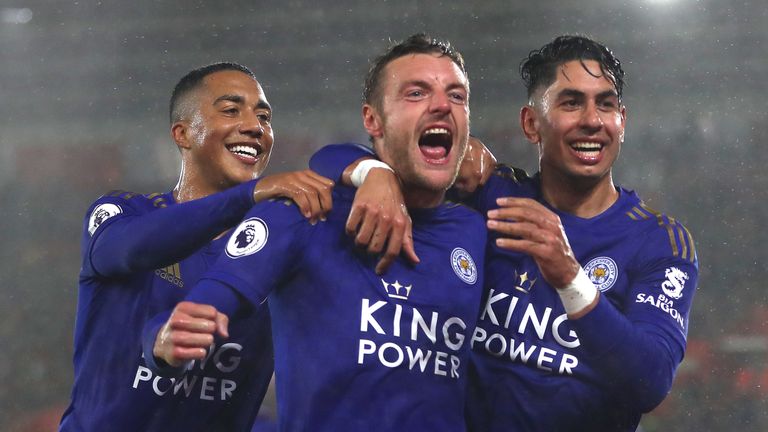 Ben Chilwell (10) opened the floodgates early on with Southampton having Ryan Bertrand dismissed for a studs-up challenge on Ayoze Perez in the build-up that was picked up by VAR. Youri Tielemans (17) netted the second before Perez (19, 39) scored twice to extend Leicester’s already-impressive lead as Jamie Vardy (45) added a late first-half fifth.

The attacking pair picked up where they left off in the second half, with Perez completing his hat-trick in the 57th minute and Vardy scoring his second goal a minute later, before a James Maddison (84) free-kick made it an eye-watering eight.

Leicester were on the verge of history when they were awarded a last minute penalty after Vardy was fouled by Yan Bednarek in the area. He converted from the spot for own hat-trick as the Foxes broke the record for the highest ever away win in the Premier League and matched the overall record.