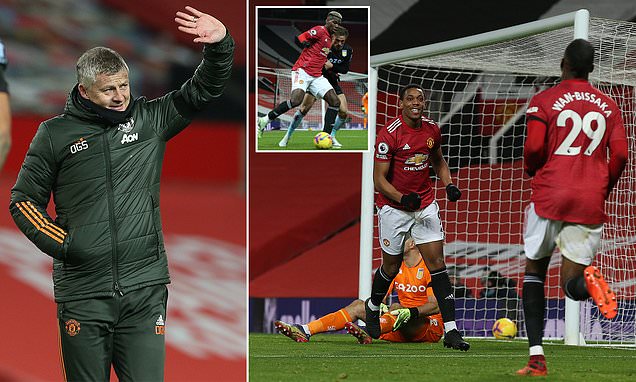 The France international stooped to head home Aaron Wan Bissaka’s cross at the near post to give United the lead, before Bruno Fernandes’ penalty saw them clinch a 2-1 win after Bertrand Traore had equalised for the visitors.

Martial, 25, had only scored one Premier League goal this season prior to his header – which came in a win against Sheffield United last month – and had a difficult start to the season with injuries and being sent off in the home drubbing by Tottenham Hotspur. 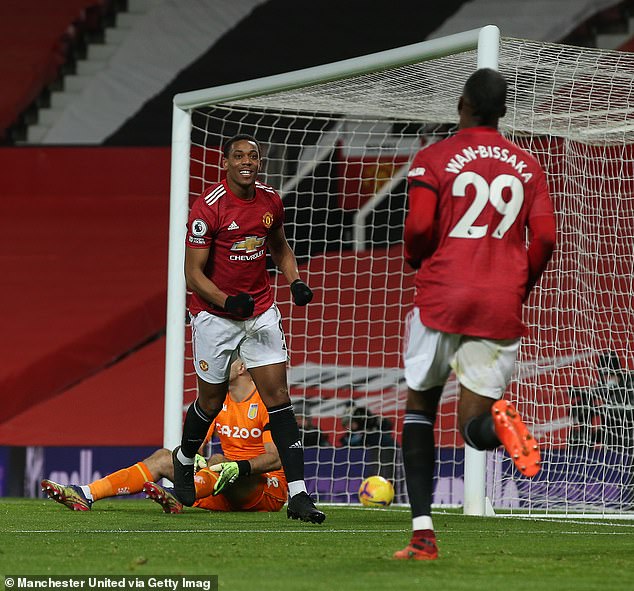 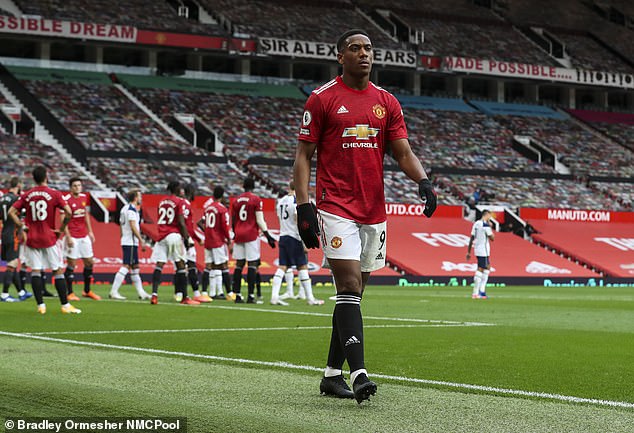 Martial had scored just one league goal this season before scoring in the 2-1 win against Aston Villa, and has also been sent off earlier this season against Tottenham (above)

But speaking to Sky Sports, Solskjaer admits that while his confidence may have been dented by events earlier in the season, he is now on the up again.

Asked what Martial could do to improve on his goal return this season, Solskjaer said: ‘Well, keep playing as he did today. Get on the ball, link with the players, and be in between the posts.

‘He’s had chances all season and maybe his confidence has had a knock a little bit earlier with the sending off and some niggles he’s had, but now he is firing and getting better and better.’

Martial’s compatriot Paul Pogba won the penalty after he was adjudged to have been fouled by Villa midfielder Douglas Luiz just two minutes after Traore had restored parity for Dean Smith’s men at Old Trafford. 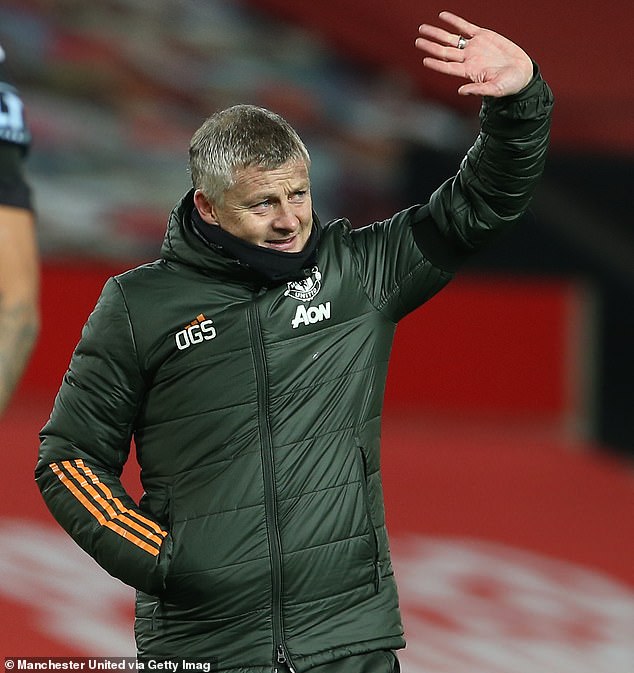 But while he went to ground on that occasion, Norwegian Solskjaer believed that the World Cup winner had shown himself to be back to full power and praised his physicality in helping combat Villa’s style.

‘He’s getting better and better, fitter and fitter, and I think he played well tonight,’ Solskjaer added.

‘They [Villa] are a physical side. There was loads of challenges, one against ones, and Paul is one of these boys that can hold players off and get hold of it for us. Maybe, not just Paul, we were too keen on playing the killer pass because we knew they would drop off.

‘There were maybe other spaces in behind that we should have used.’ 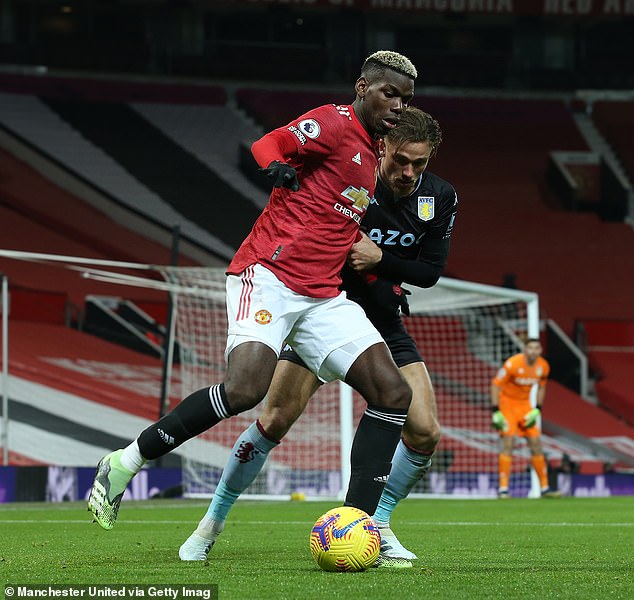 Solskjaer was also criticial of how his side defended in the last 10 minutes but insists despite his comments that he was ‘delighted’ with securing the win, but would not be drawn on whether they could take the Premier League crown off Jurgen Klopp’s side.

‘I think we should have seen the game out in a better way,’ Solskjaer added. ‘It was like it was a cup final or the last game of the season. We need to learn how to play out games better when we are in the lead.

‘Don’t get me wrong, I’m delighted with three points and very happy with the performance, but there’s always things we need to improve on.

‘It’s early on in the season and we shouldn’t be too carried away with three points. We have improved, we are getting better and the I think the league and the season is going to be so tight.

‘There is going to be different and difficult games, strange results – we’ve just got to keep working and improving as a team. We’ve done that since Project Restart started.’ 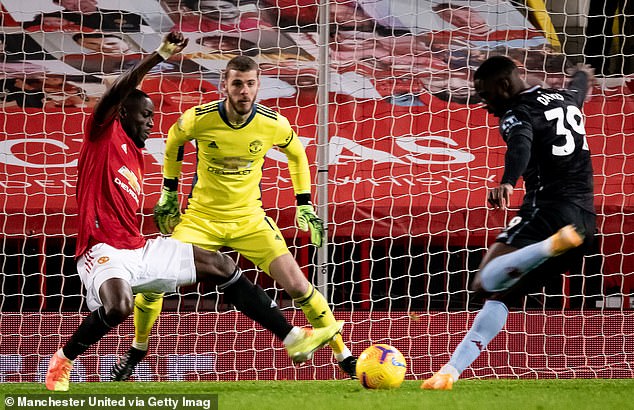