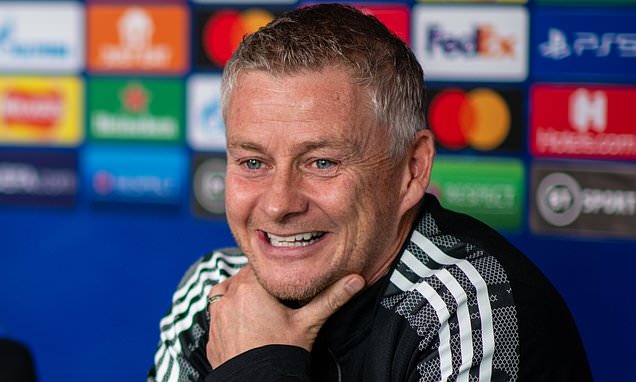 Ole Gunnar Solskjaer defends his record since succeeding Jose Mourinho as he insists Manchester United ‘ARE making progress’… but the stats don’t back up beleaguered boss!

Ole Gunnar Solskjaer can only hope Manchester United put up as good a defensive performance against Atalanta on Wednesday night as he himself did on the eve of this Group F tie at Old Trafford.

A few days after leaking four goals at Leicester, United must pick themselves up for the next test in a crucial run of games that could quite easily plunge the club from their early-season funk into a full-blown crisis.

After four defeats in seven games and criticism from all quarters that this is a United team still woefully short of being the sum of its parts, Solskjaer seized the opportunity to defend his record since succeeding Jose Mourinho in December 2018. 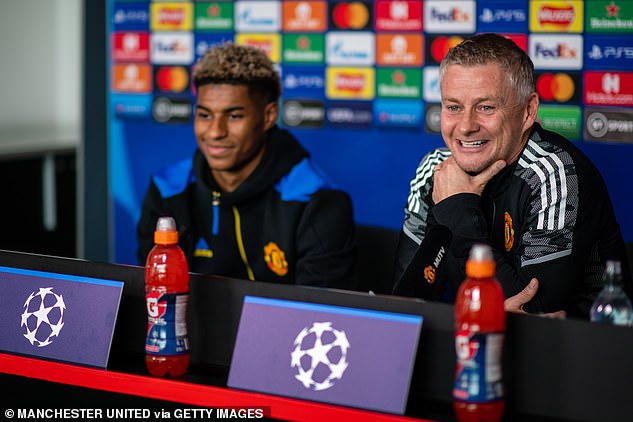 ‘We’ve progressed over the years,’ he insisted. ‘Sixth when I was here for half a season then third and second. You can see the progress, improvement and development, and this season we still want to improve.

‘Conceding four goals is a big eye-opener for us that we need to improve on different levels on loads of details.

‘Every team will go through a patchy period and we’re in one now of poor form. We know that and we hold our hands up that we need to improve. I’m just looking forward to the response.’

Solskjaer certainly needs one from his players on Wednesday night. The defeat at Leicester exposed worrying deficiencies in United, from a porous defence and midfield to an attack that is unable or unwilling to back up ability with hard graft.

He had to defend Cristiano Ronaldo’s work-rate on Tuesday after seeing the Portugal star come under scrutiny in the three weeks since his dramatic stoppage-time winner at home to Villarreal revived United’s Champions League campaign.

The addition of Ronaldo, Jadon Sancho and Raphael Varane — currently out injured — has left Solskjaer with a better squad but fewer excuses, and he knows it. United may have progressed under him, but it still feels as though they are well behind their rivals. 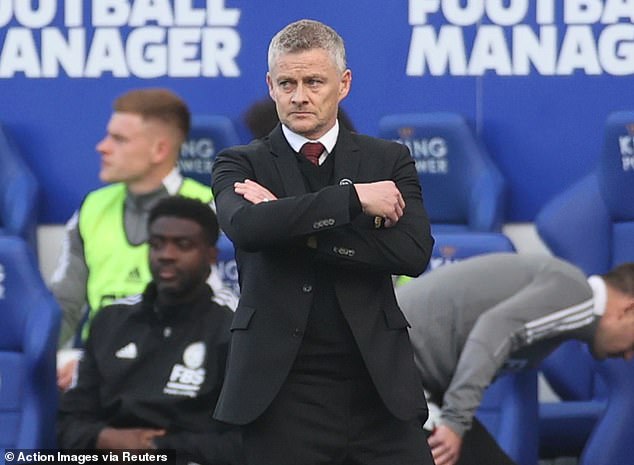 Gary Neville has been scathing about his old club but stopped short of calling for Solskjaer to be sacked. Fellow Sky Sports pundit Jamie Carragher wasn’t quite so charitable.

The Norwegian smiled when it was brought up and suggested that Carragher’s views may not be entirely unrelated to United’s upcoming game at home to Liverpool.

‘I prefer not to watch them (Neville and Carragher),’ he replied. ‘It doesn’t affect me. You see some of the comments once in a while, but I didn’t know what they were saying now.

‘Of course, we’ve got Liverpool on Sunday so Jamie is always looking at these little things. I’ve got my values, I’ve got my way of managing and I believe in myself. 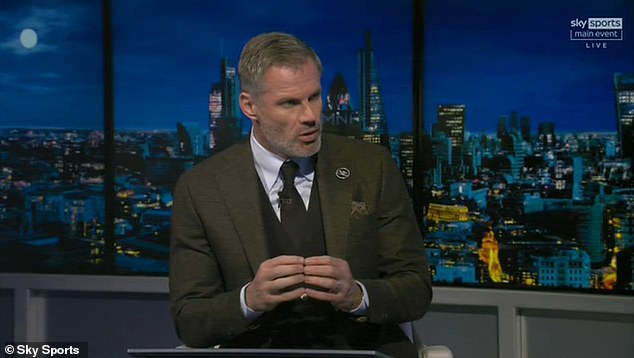 ‘As long as the club believes in me, I’m pretty sure that Jamie Carragher’s opinion is not going to change that.’

The indications are that Solskjaer retains the full backing of his employers. So does he feel safe in the job?

‘I’m in dialogue with the club all the time and that’s an open and honest discussion,’ said the 48-year-old. 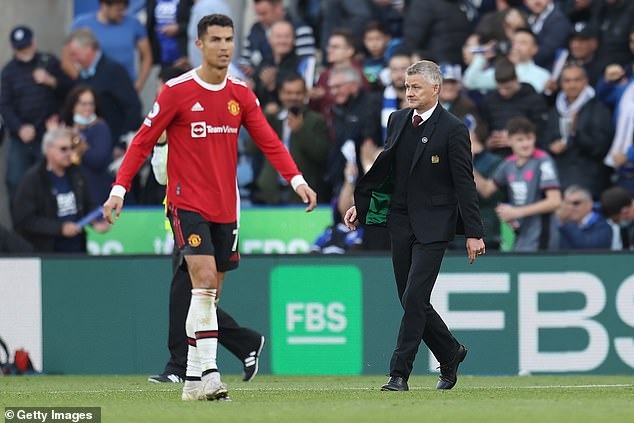 ‘It’s very important to bounce back. In the Champions League group stage, if you win all three home games and get a result away from home, most likely you go through.

‘That’s what we’re aiming for now. A win against a very good Atalanta side would be massive for us and a big boost.’

A first ever meeting between the two clubs pits United against Italian opponents currently top of a group that is proving far more difficult than it looked in August.

Solskjaer will not need reminding that Atalanta won 2-0 at Anfield last season as they qualified for the knockout stage behind Liverpool.

‘There’s been loads that hasn’t been good enough lately,’ he admitted. ‘We’ve put a few things right and hopefully tomorrow we can see the result of that in the performance.’ 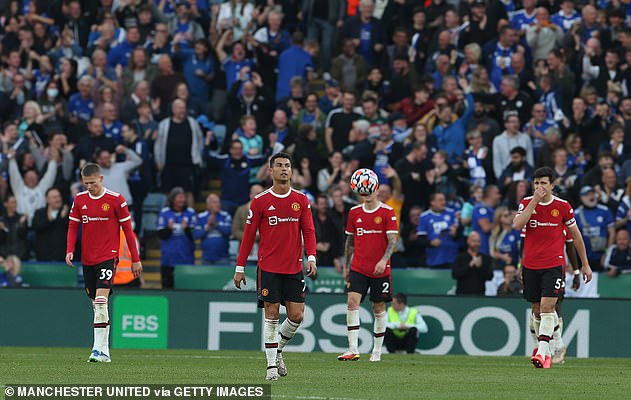 Despite facing a tough run of fixtures next, United will still be expected to return to form soon