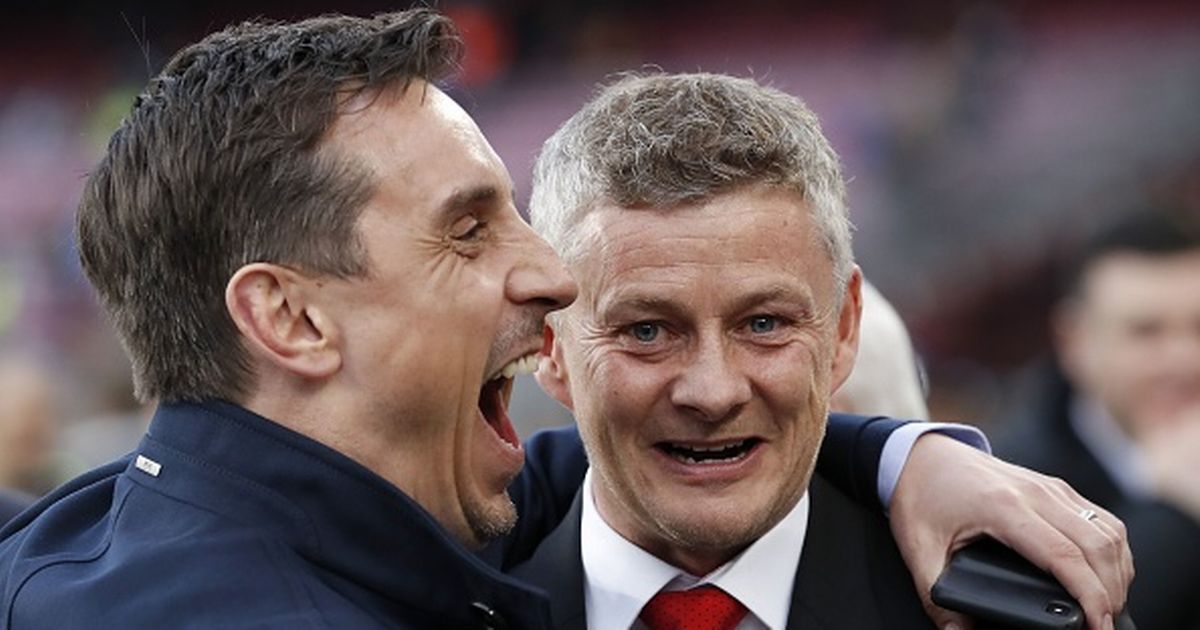 Ole Gunnar Solskjaer has told Gary Neville about his transfer wishes at Manchester United ahead of the summer transfer window.

With the season coming to a close in the next few weeks, the Red Devils can look back with some pride.

A tough start – where they were knocked out of the Champions League at the group stage – saw them galvanise.

They are now the favourites to go on and win the Europa League while their top four status is secure with them sitting second in the Premier League.

But Solskjaer is not totally happy and wants to be challenging for the big prizes while not being too pleased about seeing local rivals Manchester City rule the roost.

It has led to some drastic changes planned in the summer transfer window with United's finances not harmed as badly as other clubs have been during the Covid pandemic.

And the Red Devils boss has told Neville that he is desperate to see a new defender signed ahead of next season.

A centre-back has long been on the shortlist at Old Trafford, with many linked over the last few months.

Real Madrid star Raphael Varane, a long-term target, is the favoured choice but he is not the only one.

Sevilla star Jules Kounde and Villarreal ace Pau Torres are also being scouted as United look to partner Harry Maguire up with a more reliable defender.

Duncan Castles of the Transfer Window podcast has claimed Solskjaer has told Neville his wish for this summer.

Castles said: "I think what a lot of people who watch Manchester United want to see is that on top of having Bailly there, they go and sign another high-quality centre-back to improve their options in that area.

"It's clear that it's a weakness in the team, the weakness is fundamentally down to Harry Maguire, his lack of pace and issues positionally which forces the team to play very deep from the back.

"If they do that in tandem with Bailly, then certainly that is a plus for people like Bruno Fernandes who is looking for a better squad.

"The question is whether they do that now."