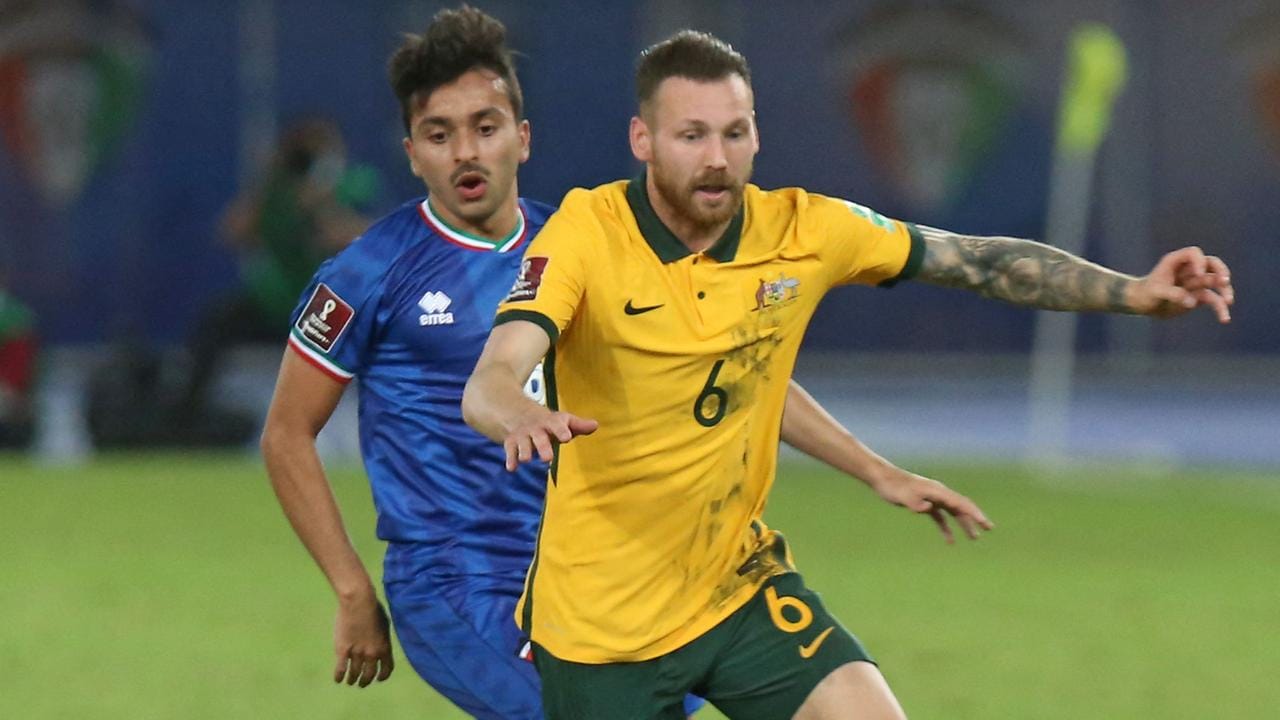 The Socceroos have taken another step on the road to next year’s World Cup in Qatar with a 3-0 win over Kuwait.

Playing for the first time in 567 days, the Socceroos dominated from the outset in steamy conditions in their AFC round two Group B clash in Kuwait City.

Captain Mathew Leckie set the tone of the contest by scoring after just 55 seconds to ease any nerves there may have been in the Socceroos’ camp.

The Socceroos doubled their lead in the 24th minute through midfielder Jackson Irvine.

Irvine’s sixth goal for Australia came after the Socceroos were awarded a spot kick when playmaker Ajdin Hrustic was fouled on the edge of the penalty area by Kuwait captain Fahed Al-ansari.

Ajdin Hrustic scores his first international goal in some style.

However, Abdulghafoor’s parry went unrewarded, with Irvine first to the loose ball to give Australia a 2-0 advantage.

Boyle should have added a third five minutes later when he was gift-wrapped an opportunity by the impressive Irvine. But with only Abdulghafoor to beat, the Scotland-born winger sprayed his shot wide of the post.

The Socceroos continued to be wasteful before half-time, with Leckie and left-back Aziz Behich blowing good opportunities.

However, Germany-based Hrustic made the most of his chance in 66th minute with a sublime free-kick that gave him his first goal for the Socceroos.

The win moved Australia to 15 points from five Group B matches and five points clear on top.

Right-back Fran Karacic, who plies his trade for Italian second-division club Brescia, made his Socceroos debut three years after being among the final cuts from Australia’s 2018 World Cup squad.

The Croatia-born defender, whose father hails from Australia, was strong defensively and also delivered some pinpoint crosses into Kuwait’s penalty area.

There was also a maiden Socceroos appearance for late bloomer Kenny Dougall.

The 28-year-old Queenslander and former Brisbane Roar youth team midfielder, who scored twice at Wembley last week to help Blackpool secure a berth in the English Championship, came on in the 64th minute for James Holland.

It had been Austria-based Holland’s first Socceroos appearance in seven years.

Rounding out the debutants was Birmingham City’s former Adelaide United midfielder Riley McGree, who replaced the impressive Ajdin Hrustic in the 83rd minute.

Sydney FC defender Ryan McGowan – who had not played for Australia since 2017 – was a surprise starter considering his late arrival into camp.

The beneficiary of back stiffness that prevented Trent Sainsbury from taking part in the match, McGowan was composed in the centre of defence alongside Milos Degenek.

The pair looked lively after coming on in the second half for Awer Mabil and Mathew Leckie respectively.