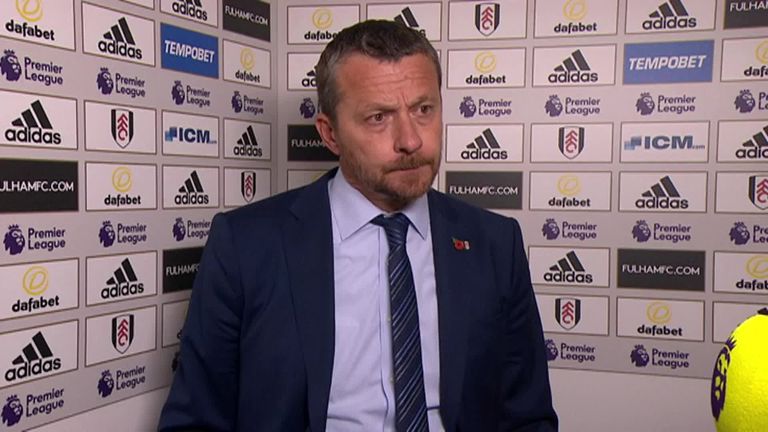 Slavisa Jokanovic insists he can turn Fulham’s fortunes around despite seeing them suffer a 3-0 defeat at home to Bournemouth.

Two Callum Wilson goals, either side of a David Brooks strike, earned the Cherries the three points at Craven Cottage, while Fulham also had Kevin McDonald sent off.

The loss leaves the Londoners in the Premier League relegation zone with just one win this season, but boss Jokanovic has called on his players to be brave in order to improve their form.

“I am confident in myself always,” Jokanovic said. “I am working here three years, I know very well the players I have in my hand.

“This is hard work, this is not easy for me, for the team. We need to be brave, we need to push forward, play better football and to win the games.”

The three Bournemouth goals on Saturday mean Fulham have now conceded 28 times this season, five more than any other Premier League side.

Jokanovic says he tried to make the team more defensively-minded against the Cherries but they were undone when Timothy Fosu-Mensah gave away a penalty to allow Wilson to score the opener.

“We tried to be a little bit more solid, more organised,” he said. “At the end where we started to play better football in the second half we tried to take possession of the football and try to push, the second goal definitely killed us.

Fulham sit in 18th place in the table but Jokanovic says things can change.

“At the moment this Premier League is hard for us, it’s different pace, different strengths and at the end we missed a little of the energy and the aggression in the midfield area and we paid an expensive price,” he said.

“We have to keep going, working hard and adapt ourselves.

“It is not easy for us, it is not easy for another team too. We must be brave, we must keep going. I cannot complain about the team and the gameplan, the players stuck to the plan and we tried to find players.”