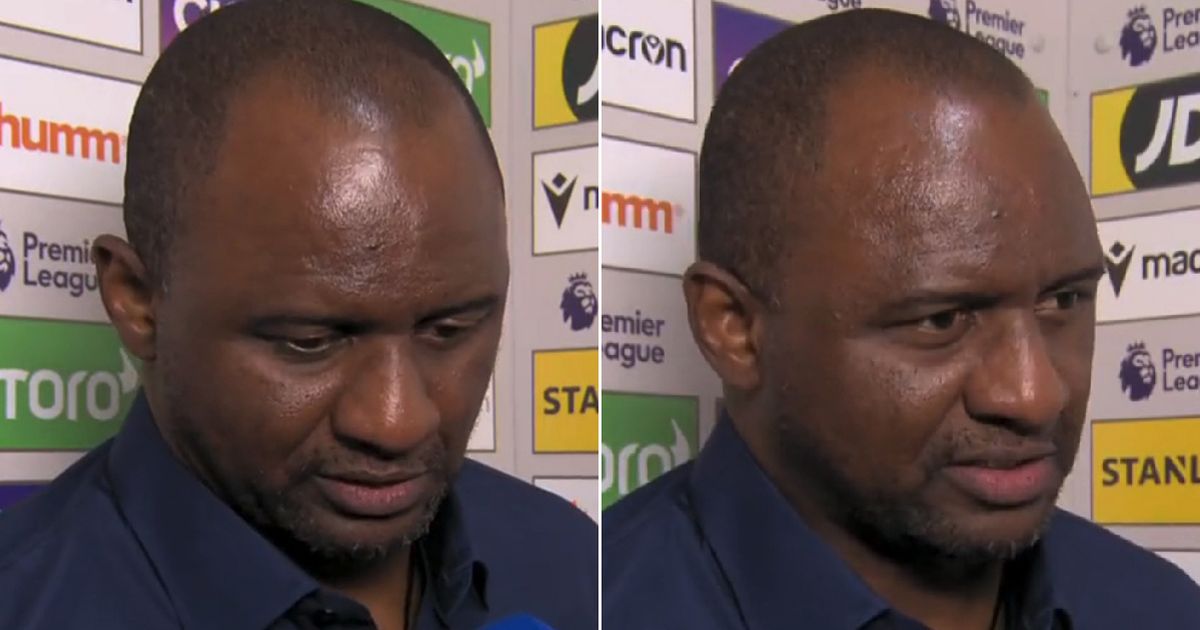 Sky Sports appeared to ignore the rules on half-time interviews by speaking to Crystal Palace manager Patrick Vieira during his side's 2-0 defeat to Arsenal on Friday night.

Interviews with Premier League bosses before and after matches are nothing new. But from this season, coaches can also be spoken to by the media at half-time. Proposals first mooted in April suggested that any manager whose side were losing at the break would not be approached.

Yet Vieira gave an interview to Sky Sports during the interval of Palace's match against Arsenal when his side were 1-0 down. Gabriel Martinelli had opened the scoring midway through the first half for the Gunners.

Vieira seemed happy to chat away to the broadcaster as the teams reemerged for the second half at Selhurst Park. Asked how he felt the opening 45 had gone, he said: "I think [we are] a little bit disappointed to go 1-0 down at half time. We finished the first half really well, so it is important for us to start the second half with the same kind of tempo that we finished the first one."

But whatever he said in the dressing room didn't have the desired effect as the Eagles conceded again in the closing stages as Bukayo Saka wrapped up Arsenal's first three points of the season.

Are you a fan of half-time manager interviews? Let us know in the comments section below.

Vieira admitted afterwards that his side still have a lot to catch up on after a disjointed pre-season that saw his squad split into two one based in the UK and one on tour.

"It would be too easy for me to say that," he said when asked whether the nature of the pre-season campaign contributed to their slow start against Arsenal. "We knew the challenge that we were going to face – we had a really good organisation about how we were going to get the players fit.

"When you look at the way we finished the game and played the second half, we were good physically," Vieira continued, before adding: "The organisation and tactically, there is still a lot to catch up on. But today, the biggest difference was that we didn’t take those chances that we created to get those points tonight."