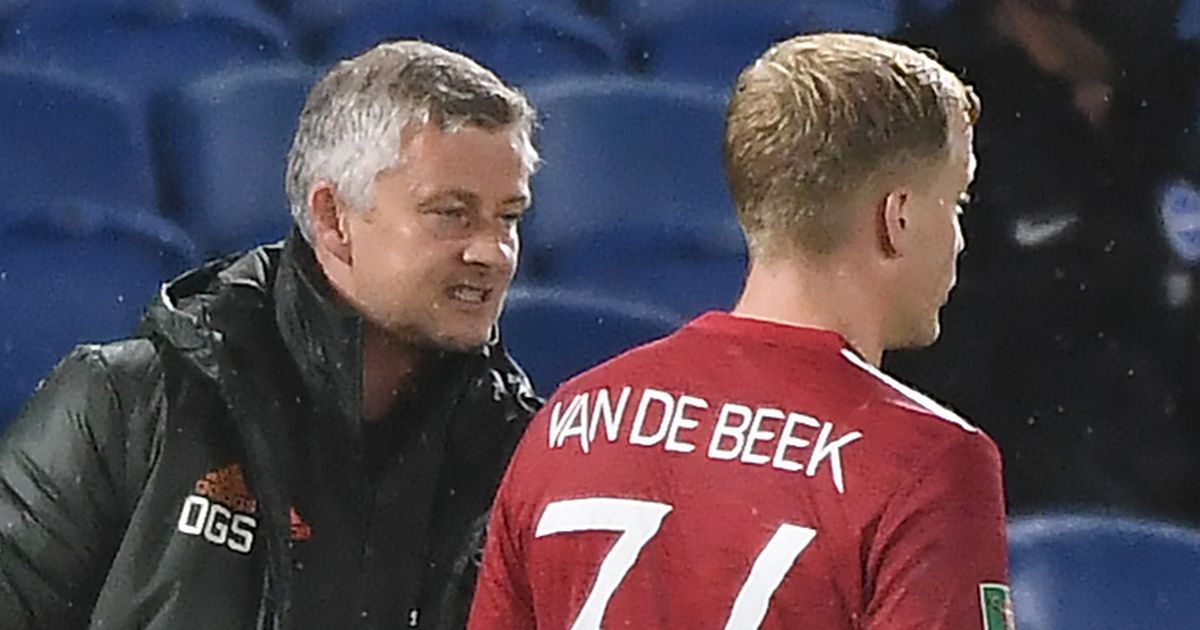 Former Ajax midfielder Van de Beek joined the Red Devils in the summer transfer window, in a deal worth £35million.

But he had to wait until late November to make his first league start for United, and recently played no football over the Christmas and New Year's period.

Solskjaer's handling of the midfielder has been widely criticised, with pundits in Holland as well as United fans hitting out at the Norwegian.

Former United coach Meulensteen doesn't have an issue with Solskjaer's treatment of Van de Beek per se, but does think it's strange the midfielder isn't being played more often.

"I don't think it's about [just] the treatment – it's part and parcel of being a professional footballer – especially when you move clubs," Meulensteen told Stadium Astro. "I think why people in Holland are baffled is that Donny van de Beek – you can ask anyone in Holland – is a very, very good player.

"He had a similar impact for Ajax at the time that Bruno Fernandes has for Man United now. It really surprises me that we haven't seen him more often and to have more starts."