Liverpool will be in Friday’s draw after they managed to overcome Bayern Munich in Germany, while Barcelona thrashed Lyon 5-1 to secure their safe passage.

Here, Sportsmail takes a look at all the things you may have missed from Wednesday’s Champions League clashes. 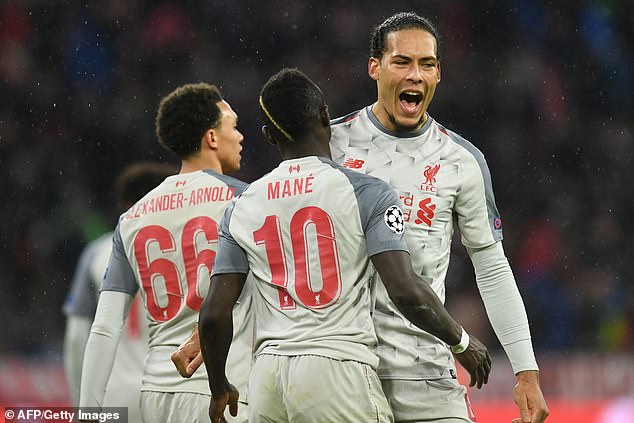 Age is just a number to Franck Ribery, and he proves that at 35, you’re never to old to have your shirt number stencilled onto your head. Sort of.

The French winger showed off his new hairdo designed to roll-back the years on Wednesday night during Bayern’s clash with Liverpool.

Unfortunately the reception wasn’t exactly positive on social media, with some fearing a mid-life crisis may be rearing it’s head. 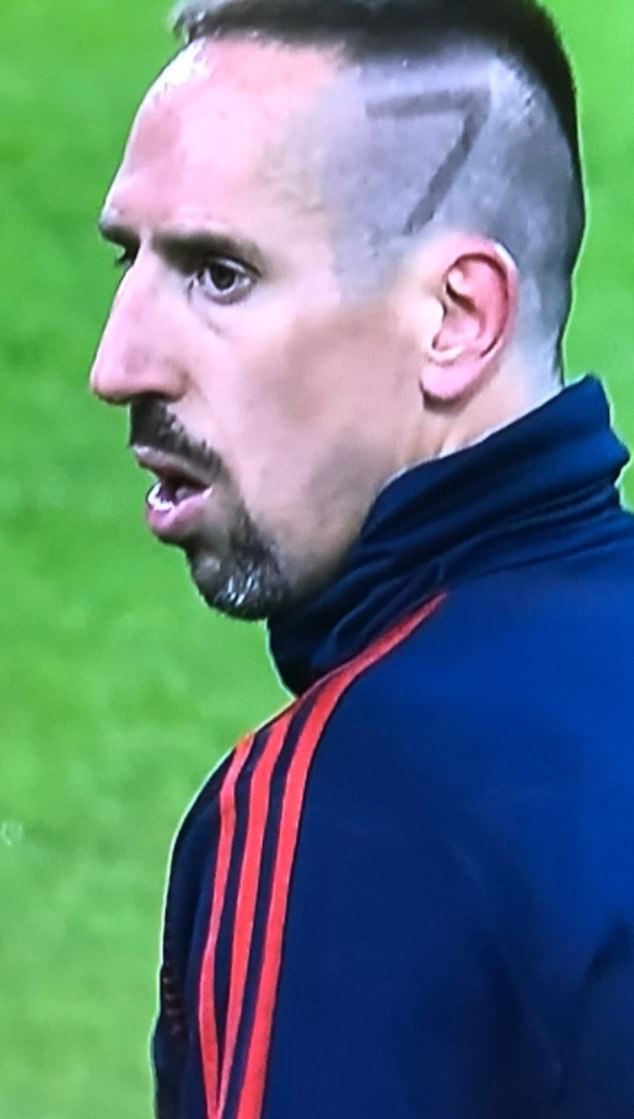 Luis Suarez looked to be back to his very best on Wednesday and boy did Lyon defender Marcelo know about it.

The pesky Uruguayan controversially won a penalty for his side before teeing up Philippe Coutinho for his side’s second goal of the night.

And he completed an imperious first half display by violating Marcelo’s defensive pedigree, performing a no-touch nutmeg that was reminiscent of Juan Roman Riquelme in his prime.

Look away now if you’re squeamish.

Luis Suárez pulling one out from the old Riquelme bag of tricks pic.twitter.com/w2YfyG6uOs 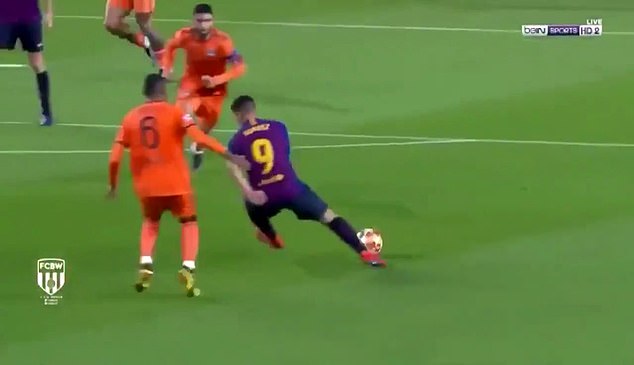 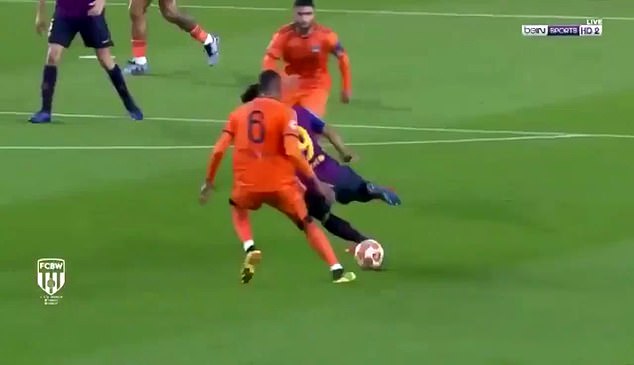 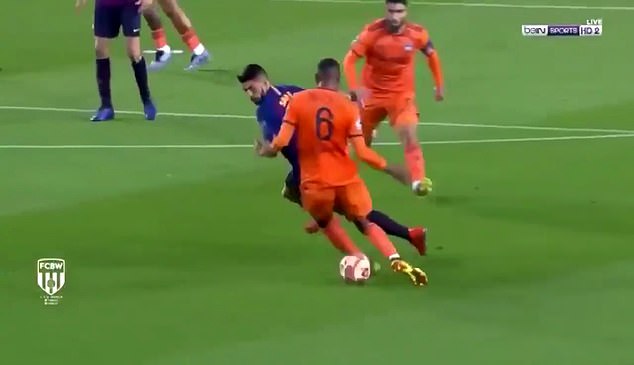 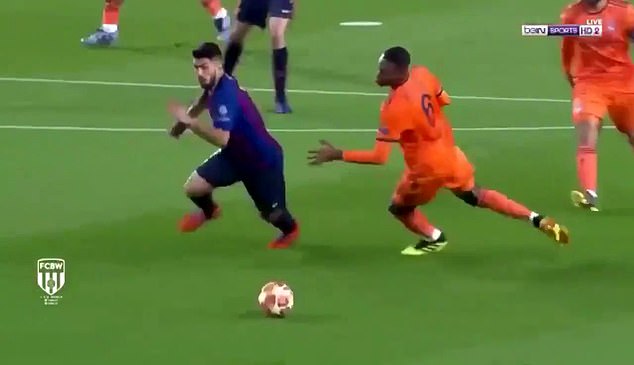 He let the ball fly through his own legs and subsequently Marcelo’s too, allowing him to break

Mauricio Pochettino took time out from his hectic Premier League schedule to cast an eye over two potential Champions League opponents on Wednesday.

Alongside assistant Jesus Perez, Pochettino was spotted in the stands at the Nou Camp during Barcelona’s clash with Lyon.

The former Espanyol boss is not the most popular figure in this part of the city having previously pledged to never coach his old club’s fiercest rivals.

Pochettino has demanded investment in the squad this summer and with a host of stars on show – including previously Spurs linked midfielder Tanguy Ndombele – the Nou Camp was an ideal scouting stop for the Argentine. 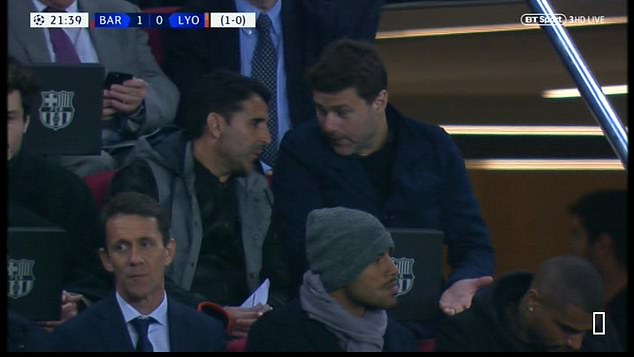 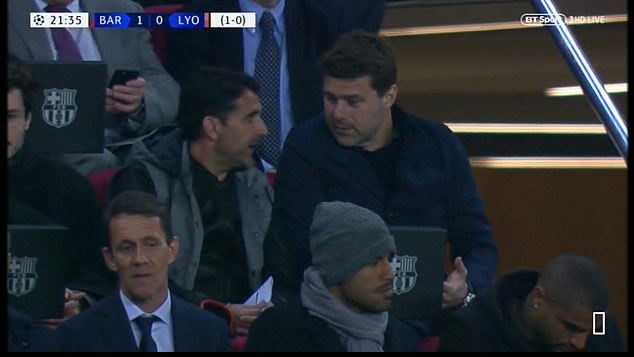 Liverpool fans quietly made themselves at home in the sleepy quarters of Munich.

Reds supporters were filmed belting out a club anthem about a much-loved centre-half was has become quite popular at Anfield this season.

To the tune of The Dubliner’s It’s a Dirty Old Town, Dutchman Virgil van Dijk was serenaded from afar by the travelling contingent inside a nondescript music venue.

They repeated their rendition at the Allianz Arena and to good effect, as van Dijk headed home Liverpool’s second goal of the night.

Gun massacre hero given memory to treasure by Barcelona

In February last year, Anthony Borges saved 20 lives during the Parkland shooting in Florida – putting his own life on the line to do so.

The inspirational 16-year-old barricaded himself against a door to prevent the gunman entering a classroom where his team-mates had taken cover. His actions allowed them to escape.

Borges was not so lucky; he was shot five times in the back and his limbs, but thankfully survived.

A year on, and the football-mad youngster was given a memory to savour on Wednesday night as Barcelona invited him as a guest for their Champions League clash.

He watched the match for the stands, and will go on to meet the first team on Thursday.

After seeing the game between Barça and Lyon, Anthony and his family will visit the Museum on Thursday and will also meet the first team squad during their training session. pic.twitter.com/V9YpJjGyMp

Lyon fans cause a racket… but some end up hurt

Lyon fans were in fine voice ahead of their last-16 second leg clash against Barcelona.

More than 5,000 fans made the 330-mile trip to the Catalan city and they certainly made themselves known.

Fans chanted and let off flares but they also ran into trouble, with five fans reportedly injured after clashes with police.

The Lyon fans are well & truly settling in Barcelona. pic.twitter.com/taBeIbEHT7 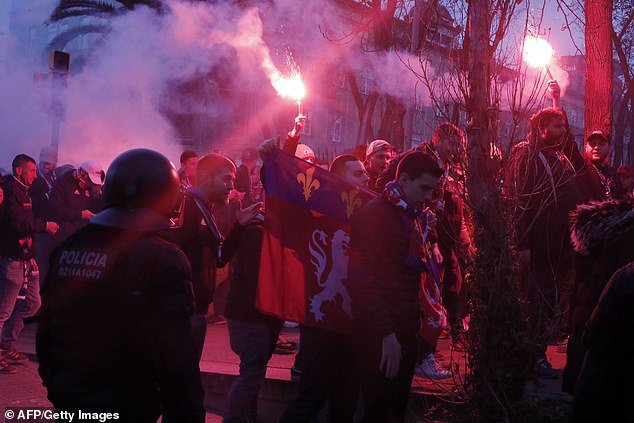 Bavaria’s favourite son returned to his roots to watch Bayern Munich take on Liverpool at the Allianz Arena.

The former midfielder general had more reason than most to want his boyhood club defeat the Reds, having also played for Liverpool’s fierce rivals Manchester United.

Schweinsteiger left Old Trafford for Chicago Fire in 2017 and has so far made 55 appearances for the club.