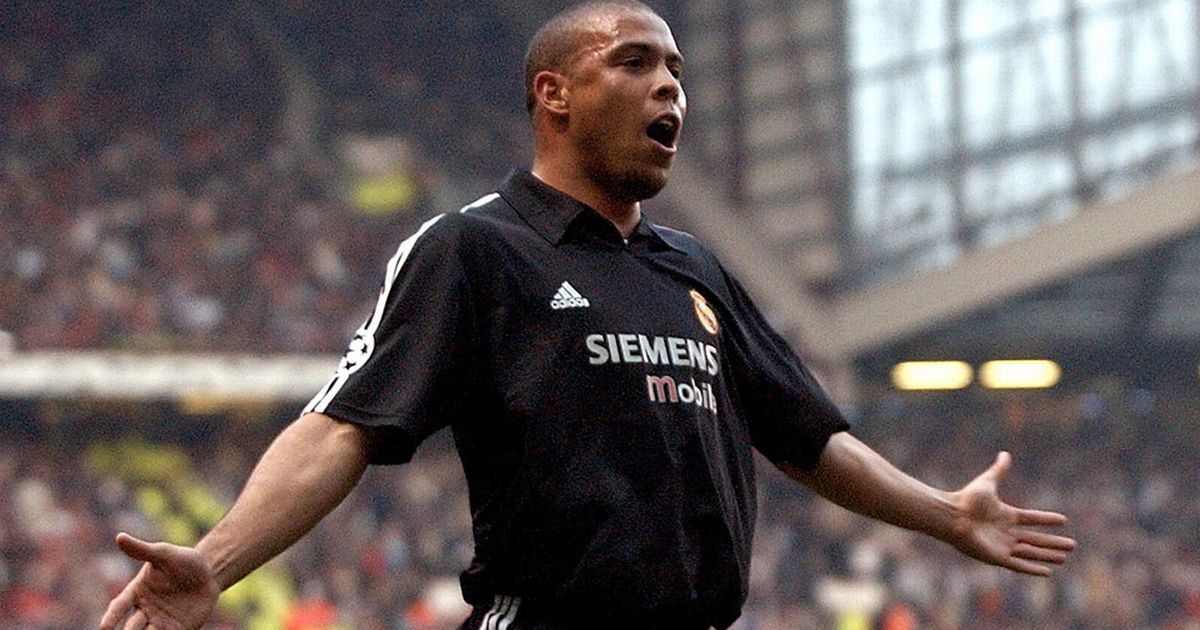 When stadiums are packed to the rafters in normal, Covid-less circumstances, away matches are the toughest a team can play given they are entering the Lion’s Den as an enemy of the home supporters’ beloved club.

Thus, it takes something out of the ordinary for those fans to forget about their allegiances and do something extremely rare in football – applaud a member of the opposition.

Sometimes an away player pulls something out of the bag so special, so admirable that they simply can’t help but show their appreciation for what they’re just witnessed.

And Daily Star Sport have picked out seven of the best examples of footballers receiving a standing ovation from opposition fans.

It has been 18 years since the Brazil legend produced one of the greatest individual performances of all time, netting a sensational hat-trick in Real Madrid’s Champions League semi-final win away at Manchester United.

When he was replaced, the Old Trafford faithful couldn’t help but give him a well-deserved ovation.

Sir Alex Ferguson said afterwards: “You can’t legislate for someone who produces moments like that.”

Having famously turned down a move to Chelsea in 2005, there was certainly no love lost between Gerrard and Blues fans throughout his iconic career at Liverpool.

However, that didn’t stop them from applauding the England legend when he was replaced at Stamford Bridge in one of his final Reds outings back in 2015.

Gerrard, though, was having none of it and said: “Chelsea fans have had respect for a couple of seconds today but have slaughtered me all game. I’m not going to get drawn into wishing Chelsea fans well. It was nice of them to turn up for once today.”

Barcelona and Real Madrid have one of the fiercest rivalries in world football, meaning it takes something unique for an opposition player to receive a standing ovation in an El Clasico derby.

And the word unique certainly fits the bill where Ronaldinho is concerned.

After watching him tear the Bernabeu apart in 2005, Los Blancos fans turned a blind eye to their hatred for Barca and applauded one of the game’s true greats.

Madrid fans are clearly gracious enough to appreciate class when they see it, as footballing juggernaut Maradona also received an ovation from them while plying his trade for Barca in the 1980s.

The legendary Argentinian raced through on goal at the Bernabeu and, after rounding the goalkeeper, had the audacity to dribble past Juan Jose on the goal-line before putting the ball in the back of the net.

It was Diego at his breathtaking best, and Los Blancos fans weren’t stubborn enough to deny him the warm reception he deserved.

Every other player in this list was applauded for a single piece of genius in a one-off game, but Barca hero Iniesta was actually applauded by their bitter rivals every time he played against them from 2010 onwards

Not only did he score the goal that won Spain their first ever World Cup in 2010, but he also dedicated it to former Espanyol star Dani Jarque – who passed away at the age of just 26.

Despite their rivalry with Barca, Espanyol supporters let Iniesta know they commended him as both a player and a man.

Despite being sent down to the Championship, Sunderland supporters rose to their feet to commend the sheer brilliance of Henry’s performance against them on the final day of the 2002/03 Premier League season.

The Arsenal ace had the Golden Boot in sight, yet he still teed up team-mate Freddie Ljungberg three times at the Stadium of Light.

His selfless display was enough to earn the doomed home fans’ clear respect.

Not only did they show their class, but Juventus supporters actually helped their club pull off a major signing by applauding Ronaldo’s outrageous bicycle kick against them in the 2018 Champions League quarter-finals.

The Portuguese star’s iconic goal earned him a standing ovation in Turin, and that summer he decided to leave Real Madrid and seal a £100million move to the Italian champions.

“When I was a kid, I liked Juventus and the fact they applauded me will stay with me,” he said after the bicycle kick.