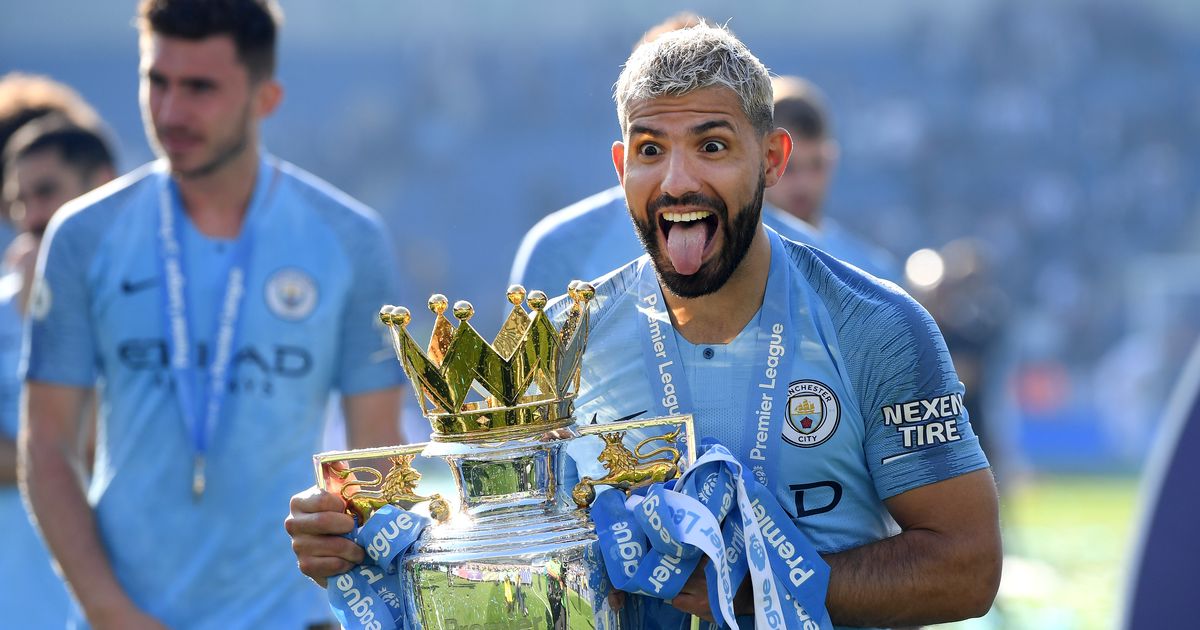 Sergio Aguero is reportedly tempted by a move to Chelsea this summer – because he wants to keep climbing the Premier League's all-time scoring charts.

Aguero, who is currently the fourth highest scorer in Premier League history, will become a free agent when his Manchester City contract expires at the end of the season.

The 32-year-old has been free to talk to clubs from abroad since January – giving the likes of Barcelona, Real Madrid, Juventus and PSG a potential advantage in trying to lure him on a free in this summer's transfer window.

But the Argentina ace could stay in England to cement his legacy as one of the top flight's all-time greats.

That's according to the Evening Standard, which claims Aguero is tempted by Chelsea's apparent interest in his services.

The striker is already City's all-time leading scorer, with 257 goals in 385 games for the club since he joined from Atletico Madrid in a £36million deal in 2011.

Aguero has scored 181 Premier League goals for the club – including the famous last-ditch winner against QPR which snatched the title from under Manchester United's noses in 2012.

That tally places him seven behind third-placed Andy Cole in the record books.

While he looks unlikely to match Alan Shearer's record haul of 260, he could overhaul second-placed Wayne Rooney, who scored 208.

Aguero is also said to be weighing up a move to one of the continent's top clubs, with the prospect of joining either Madrid, Barca, PSG or Juve believed to appeal.

But Chelsea are thought to be very much in the race, with the Stamford Bridge outfit also keen on Borussia Dortmund star Erling Haaland as Thomas Tuchel looks to sharpen his attack.

Aguero has scored just three goals for City this season with his campaign having been disrupted by injuries and a spell out with coronavirus.

But fully fit, he could still offer another two or three years at the highest level, and it is believed he could command a salary as high as £250,000 a week due to being able to move on a free transfer.