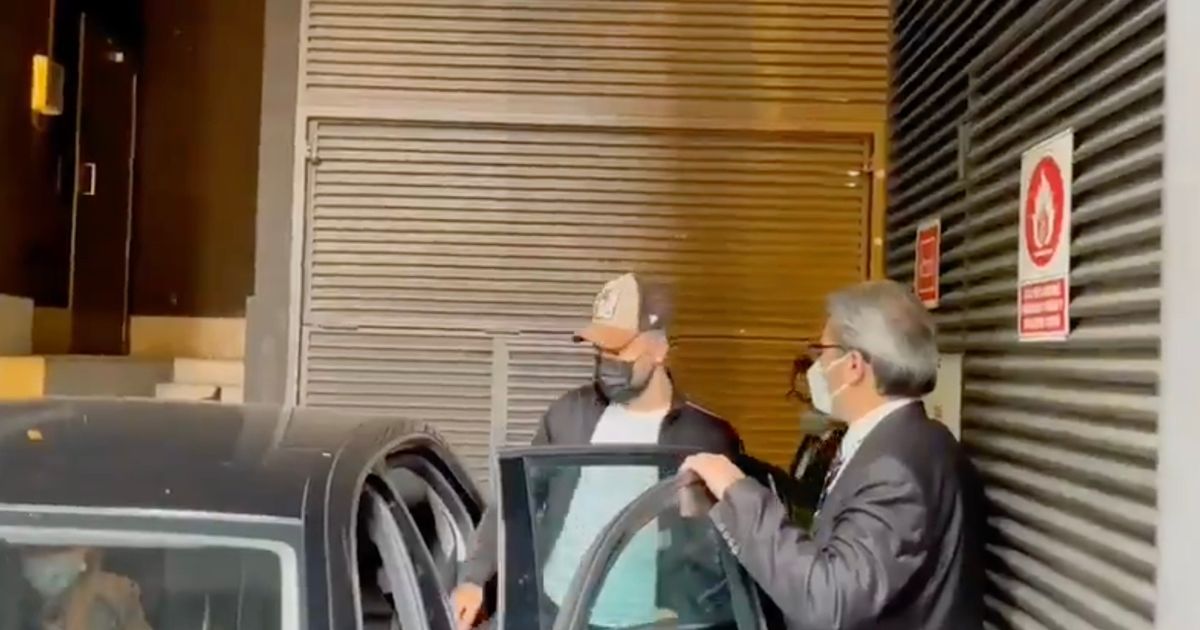 Sergio Aguero has been snapped in Barcelona ahead of his medical as a transfer to the Catalan club draws ever closer.

Aguero, 32, is leaving Manchester City when his contract expires this summer after a decade of service at the Etihad.

He is soon to be a free agent and is expected to complete a move to Barcelona before the Copa American begins on June 13.

The Argentine played his last match for City in the Champions League final on Saturday, breaking down in tears after Chelsea’s victory was confirmed.

Disheartened Aguero might have been, but he wasted no time in thinking about the future after the match, reportedly flying directly to Barcelona from Porto.

According to AS, he underwent a medical examination in Barcelona on Sunday morning, with particular attention paid to his troublesome left-knee.

On Monday morning, Aguero was filmed leaving his hotel ahead of a second examination on his knee.

Once the examination is finished, Mundo Deportivo report he is going to view a house in the Garraf region of Barcelona.

Aguero is almost certain to complete a move to the La Liga giants – but his signature still depends on the future of compatriot Lionel Messi.

Messi has yet to sign an extension to his current deal at the Nou Camp which runs out this summer.

Aguero, meanwhile, will fly to Argentina on Tuesday to join up with the national team ahead of a busy summer.

Lionel Scaloni’s men face Chile on Thursday and Colombia next Wednesday in back-to-back World Cup qualifiers before the Copa America begins on June 13.

Argentina are scheduled to take on Chile again in their opening group game, but the tournament is currently without a host after both Argentina and Colombia were stripped of their staging rights following a surge in Covid-19 cases.