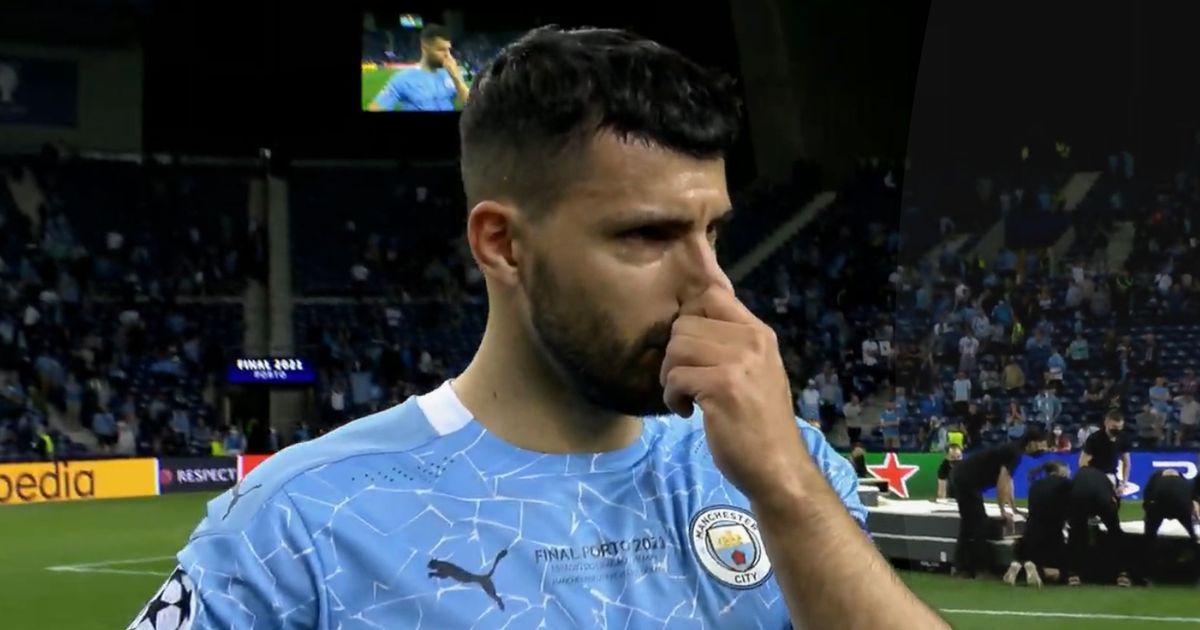 Sergio Aguero was left in tears as his Manchester City career ended in devastation following their Champions League loss to Chelsea.

The Argentine was looking to end his 10-year career with the Premier League giants by lifting Europe's biggest club prize.

But a Kai Havertz goal after 42 minutes was something Pep Guardiola's side could not respond to, the forward going out with a whimper as a 77th-minute substitute.

And BT Sport captured images of Aguero simply breaking down into tears following defeat in the Champions League final.

Within moments of the final whistle blowing in Porto, the 32-year-old could not move as his 390th appearance ended without a goal or trophy.

Aguero leaves City 10 years after arriving from Atletico Madrid, scoring 260 goals in his time on the blue side of Manchester.

Scoring two on the last day of the season in a 5-0 win over Everton, it saw him become the highest-scoring player for one Premier League club to beat Wayne Rooney's Manchester United record.

But the Argentine could not find a scoring touch for his side in the final, battling a 1-0 deficit when he came on.

Guardiola raised eyebrows when he set up without a defensive midfielder or forward for the European final.

And Thomas Tuchel got the better of him, with Mason Mount feeding Kai Havertz though a gap in the defence.

The £72m player then skipped past Ederson on 42 minutes to slot into an empty net for a lead which would not be relinquished.

And it seems the Argentine will join up with compatriot Lionel Messi at Barcelona after the club 'agreed' a deal for the forward this month.