Senegal manager Aliou Ciise is a doubt for Senegal’s last 16-clash with England after skipping their pre-match press conference due to illness.

The Three Lions will line up against Senegal on Sunday evening, with the winners set to face either France or Poland in the quarter-finals of the World Cup.

Traditionally, managers face the media the day before each World Cup game, however Cisse did not show up for his meeting with journalists on Saturday – though he is expected to be in the dugout tomorrow. 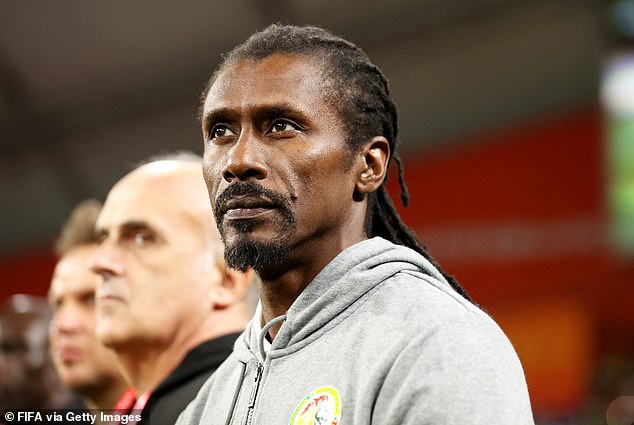 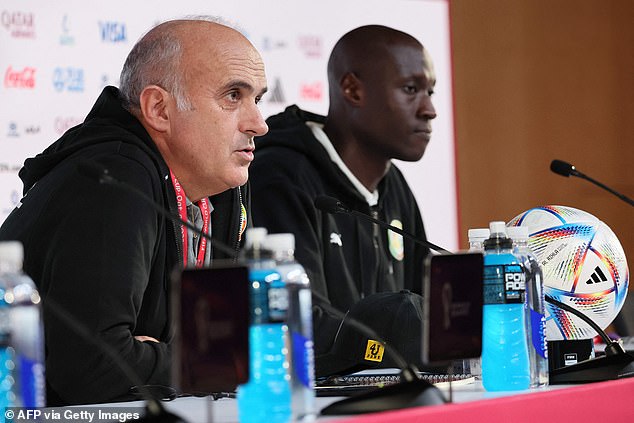 ‘He has been sick for a couple of days now,’ said assistant coach Regis Bogaert, who replaced Cisse at the press conference.

‘He let us take charge of training yesterday, obviously with his instructions to the players.

‘Hopefully tomorrow he will be able to come and be on the bench with the players but we are sure at 10pm he will be there with the team. 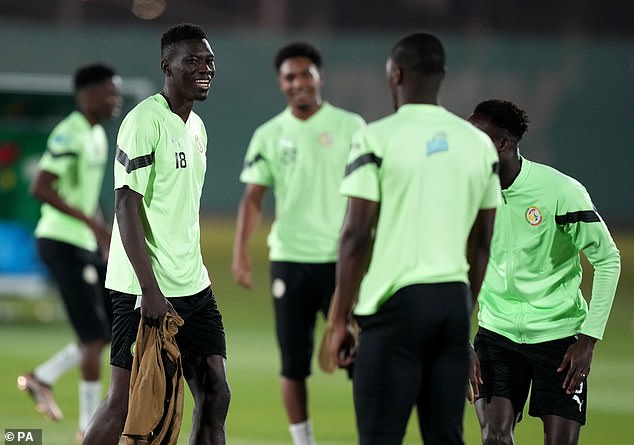 ‘I can confirm he is sick and has a bit of a temperature, that is why we have to be careful with his situation.’

England are favourites for Sunday’s clash, though Bogaert believes other surprise results at this year’s tournament can inspire Senegal.

‘The message is a strong one,’ he said. ‘We’ve seen Cameroon can beat Brazil and Tunisia can beat France so we know Senegal can beat England. That’s what we’re aiming for. That’s an important message.’

Gomis was a surprise choice given manager’s traditionally choose someone who will be involved in the match, and Chelsea’s Edouard Mendy seems certain to start in goal. 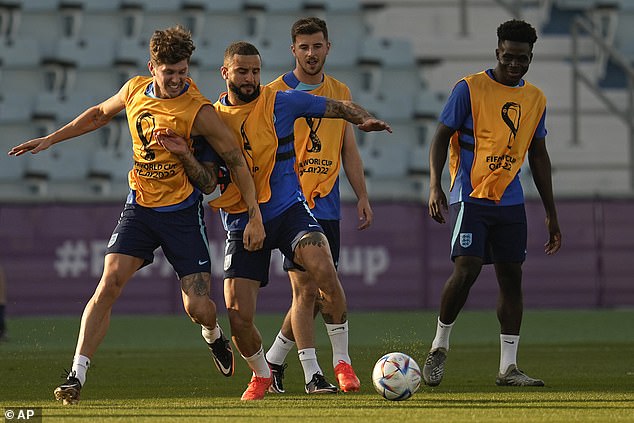 The Sun have reported that Senegal have received an £8,700 fine for doing their press-conference ahead of their win over Ecuador with Cisse, but no player.

A player is obliged to face the media the day before matches alongside the manager.

The reasoning for Senegal’s decision not to bring a player is unsure but Germany manager Hansi Flick said he didn’t bring a player to a press conference ahead of their game with Spain as their World Cup base was too far from Doha.

He said that he ‘didn’t want a player to spend three hours on the road’ as they couldn’t hold press-conferences at their training base, but had to do so in Doha.