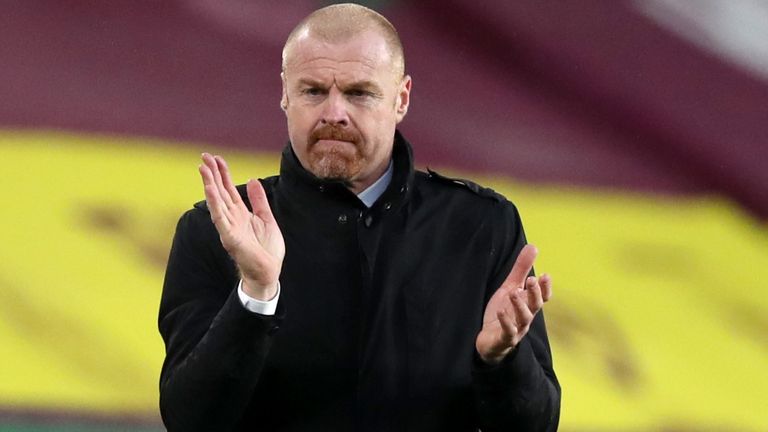 Pace has been in situ a little over three months, following the takeover by ALK Capital, and has already backed Dyche as the man to take the Clarets forward.

While Burnley still have work to do to guarantee a sixth-successive season in the Premier League, Dyche and Pace are working on a “plan of attack” to keep the club moving in the right direction.

Should Burnley again retain their top-flight status, Dyche will have achieved the feat with a weaker squad than last season, both in terms of numbers and quality, having spent less than £1m across both transfer windows.

Dyche believes the duo have established clear lines, with Pace looking at improving the business side of the club and the manager trusted to continue his fine work on the footballing side.

“The idea of the planning and business side of the club, the changes they want to try and make, that’s their side. But they’re not going to start telling me what I should or shouldn’t be doing on the football side.

“That’s clear, he’s made that clear, he likes, like any chairman, to know what’s going on. Rightly so, but he’s not going to start telling me what I should or shouldn’t be doing, I’m pretty clear on that.

“It’s an overview about the whole club, how we work currently, things that we could add in, layering up, rather than taking away, different ways of working and ideas about how we can keep moving that forwards.

“It’s about realities. I’ve always worked on realities and I’ve assured them that’s how I intend to work.

“Rather than generalisations, we want a really good plan of attack of where we are as a club and what their thoughts are and then where I think it is. We join that together and see where we can take it.

“It’s been a healthy and open discussion, a few discussions, about where we think it all is.”

Burnley resume their Premier League campaign away at Southampton on Sunday, live on Sky Sports Premier League. The Clarets head into this weekend’s round of fixtures seven points clear of the relegation zone and they would leapfrog Saints in the table with victory at St Mary’s.

They will try to do that without Robbie Brady, who is set for another spell on the sidelines.

The Republic of Ireland international suffered a recurrence of an Achilles injury in his country’s friendly with Qatar this week and Clarets boss Sean Dyche thinks his latest absence will be “a few weeks at least”.

Kevin Long is a doubt after he sustained a calf injury in the same Ireland camp but Jack Cork and Charlie Taylor (hamstring) are available again and should be included in the squad.

Ashley Barnes (thigh) is making good progress in his recovery but Sunday’s match will come too soon for him.