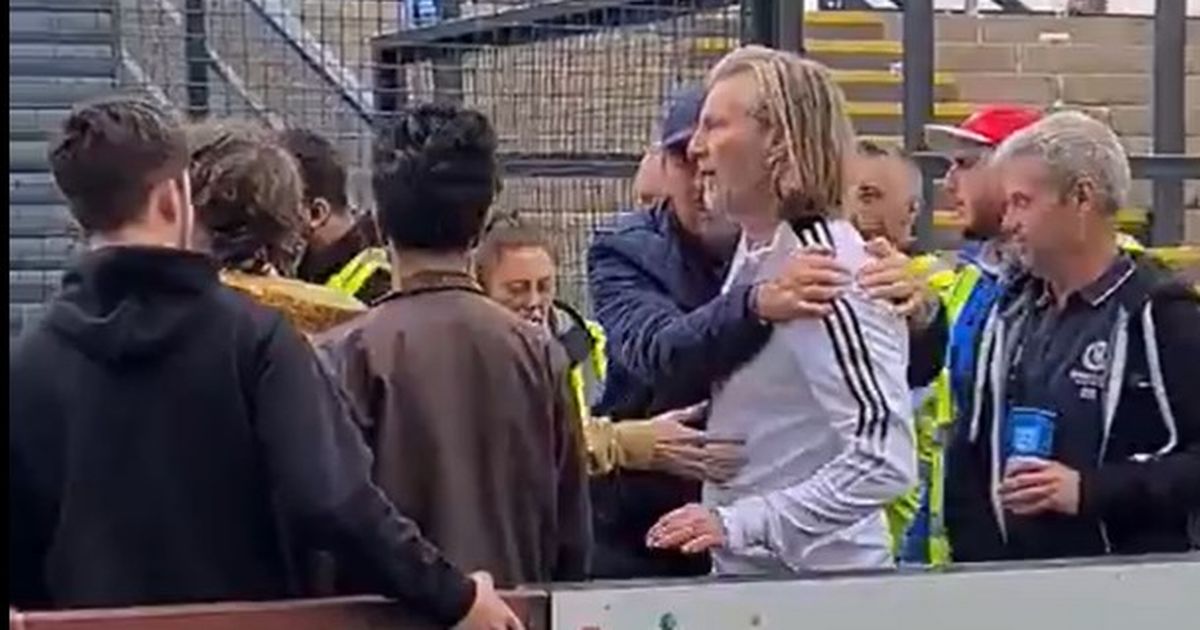 Robbie Savage has admitted he was "naive" to try and break up a huge fight at a Macclesfield game.

The former Premier League star, a director at the non-league club, sprinted across the pitch to intervene as clashes broke out in the stands during a local derby this week.

Savage said he acted "purely on instinct" as he was determined not to let those responsible undo the good work taking place at the phoenix club, who are top of their division.

But the game was temporarily halted when a brawl erupted behind one of the goals, with video footage of the unsavoury scenes emerging on social media.

After trying to break up the fight along with fellow director Robert Smethurst, Savage vowed that Macclesfield's resurgence "will not be thrown off course by a stupid minority".

"Our crowd was the second-biggest non-League ­attendance of the day behind Wrexham, and manager Danny Whitaker has delivered 16 points from his first six league games in charge," said the former Wales star in his column for The Mirror.

"But a few minutes from the end, play was held up by ­trouble in the crowd and, ­acting purely on instinct, I ran across the pitch to pull some of the feuding idiots apart, as did Rob.

"With the benefit of ­hindsight, I should not have got involved.

"On the other hand, why should a few irresponsible people, who should know better, unravel all the good work which went into the rebirth of Macclesfield FC and renovating our Leasing.com stadium?

"All our safety protocols were in place and police say there was no advance ­intelligence that troublemakers were threatening to ­disrupt the game.

"Whether it was fans from other clubs who intended to cause trouble, I don’t know.

"But the likely outcome is that perpetrators – whoever they support – will be banned for life, and we may have to introduce segregation, which would be a crying shame for a non-League club in the ninth tier."

Savage added: "I was naive to intervene the way I did, and put myself in a risky situation, but thankfully the game was ­finished and everyone got home safely.

"And don’t be in any doubt: Macclesfield FC will not be thrown off course by a stupid minority. Why should the ­actions of 50 or so spectators spoil the enjoyment of 3,450 sensible fans?"

The club was formed after Macclesfield Town was wound-up in September 2020 following long-running financial problems.

Savage said: "In a few years, we would like to become a League Two club, which is effectively where Macclesfield Town belonged when they went out of ­existence.

"If segregation, on police advice, means we will have to behave like a League Two club, so be it. But we shall not be moved."

Officers from Cheshire Constabulary have since confirmed that they are making enquiries to identify those involved.