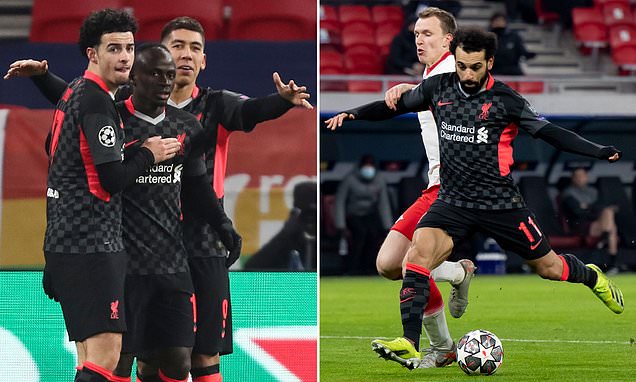 Sadio Mane insists he and his Liverpool team-mate must replicate their performance against RB Leipzig from here on out if they are to turn around their underwhelming campaign.

Liverpool put up a solid performance against the Bundesliga side in Hungary, which saw Mohamed Salah and Mane bag second-half goals to win the first leg at the Puskas Arena on Tuesday.

The comprehensive victory came just days after Jurgen Klopp conceded they were no longer title contenders in the Premier League following a run of three successive defeats. 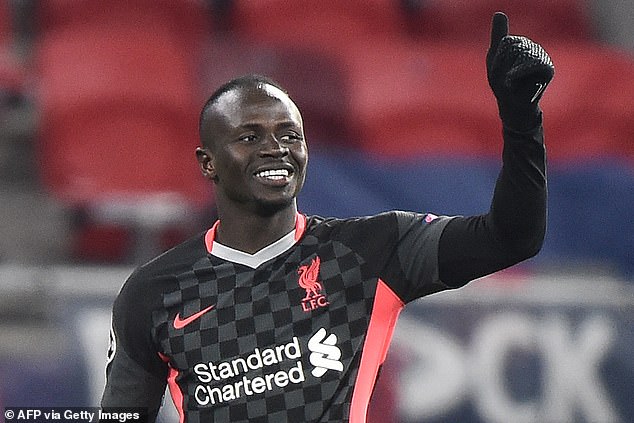 However, their European prospects are still in full swing after they seized control of their last-16 tie – and Mane believes they can still win silverware if they play like they did against Julian Nagelsmann’s men from here on out.

‘I think it wasn’t an easy game. We have had a really tough time but we never doubted [ourselves],’ Mane told the club’s official website.

‘We knew it wouldn’t be an easy game from the beginning and it’s not a surprise for us, so we are doing our best, we keep fighting like we can and tonight we showed our character. 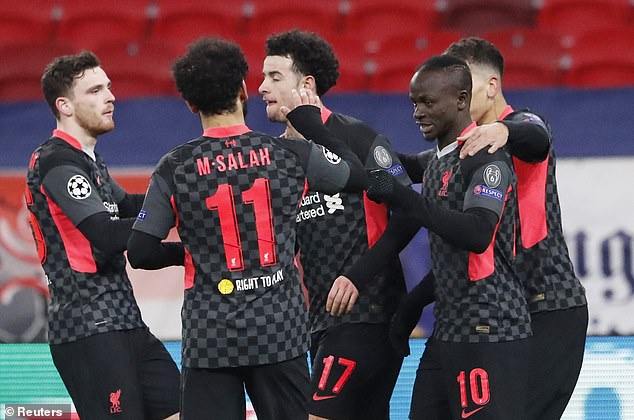 ‘We played good football, even though it wasn’t our best, but at least tonight I think we deserved to win.

‘For us it’s extra motivation [the recent tough spell]. Like I said, it’s not easy for us but it doesn’t make us bad and for sure this is sometimes normal.

‘We know what to do now and I think we have to play every single game [with] this kind of performance, otherwise it won’t be easy for us. Let’s do our best and try every game to be like our best.’ 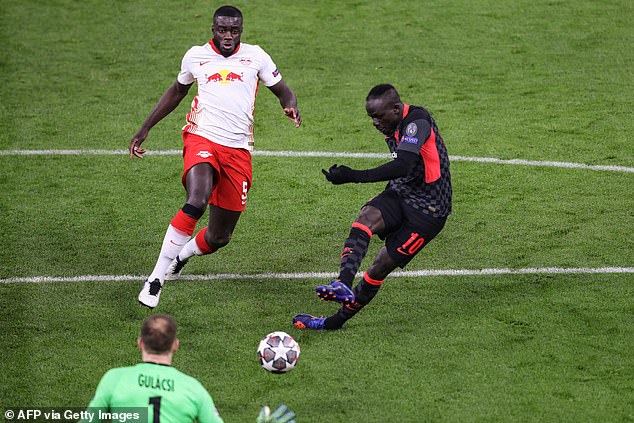 Mane, who scored in the win, says Reds need to replicate that if they’re to start winning again

Up next for Liverpool is the Merseyside derby against rivals Everton at Anfield.

The two sides are separated by one place in the table and three points, while the Toffees have a game in hand on their rivals.

Liverpool are looking to register their first win at home since beating West Ham on January 31.