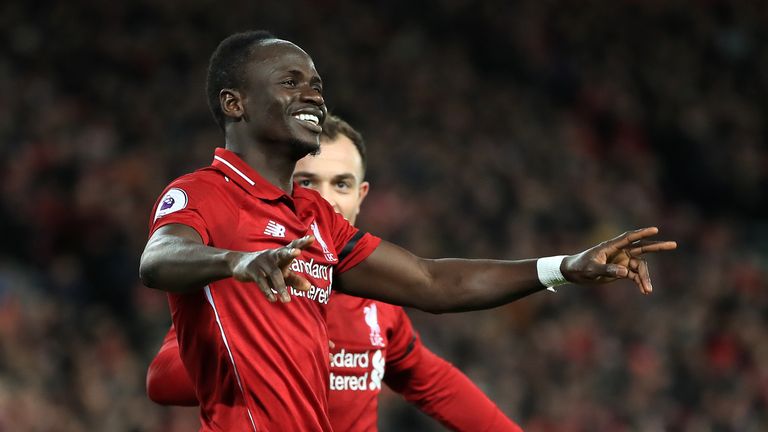 Liverpool winger Sadio Mane says he would be happy to play as a striker in the future after scoring twice from a central role against Watford.

Mane was asked to play up front against the Hornets in an unfamiliar role, with first-choice striker Roberto Firmino unavailable through injury.

The Senegal international scored twice including a sensational backheeled effort, as Liverpool ran out comfortable 5-0 winners at Anfield.

Mane says he would be willing to play again as centre-forward if needed to in the Merseyside derby against Everton on Sunday, live on Sky Sports.

“To be honest I was quite surprised,” Mane told Sky Sports News. “I never played there before, I was nervous.

“Before the game the coach called me and said ‘okay we are going to make some changes, Sadio you have to play number nine’.

“They were all laughing at me but I said ‘from today, call me Ronaldo or Firmino!’. 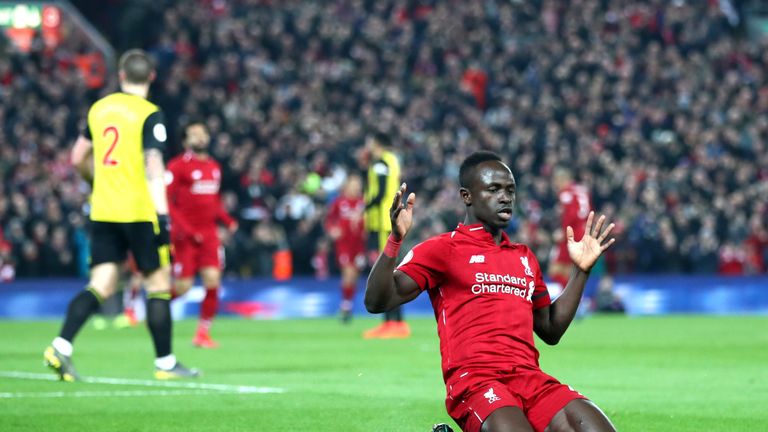 “I was lucky to score two goals but honestly I don’t mind. I’m happy to play left or right side but if the team or the coach needs me as a striker, I’ll try again.”

Liverpool are currently one point clear of Manchester City at the top of the Premier League with 10 games to go and Mane believes Sunday’s trip to Everton could be crucial in the title race.

“Of course it is one of the more important derbies because we know what we want this season,” said Mane.

“But after all it is like any other game. We need to focus and give everything to win it.”