‘He is a top manager… it would be daft for me not to take it all in’: Ruben Loftus-Cheek says his relationship with Chelsea boss Maurizio Sarri is strong despite lack of playing time

Ruben Loftus-Cheek insists his relationship with Maurizio Sarri is strong despite only featuring for 33 minutes in the Premier League this season and subsequently losing his place in the England squad.

However, Sarri is yet to embrace the Chelsea midfielder, who he insists must improve the ‘defensive phase’ of his game. 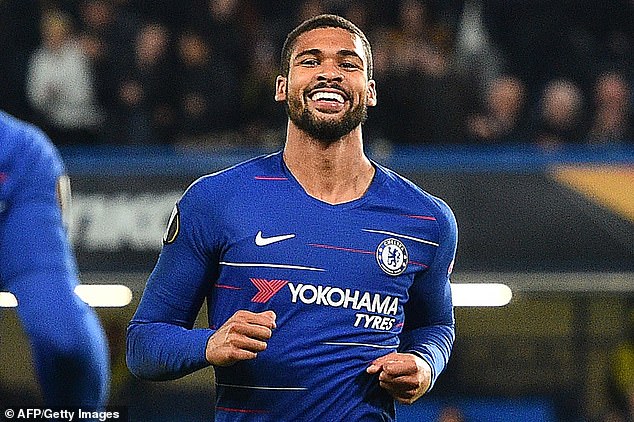 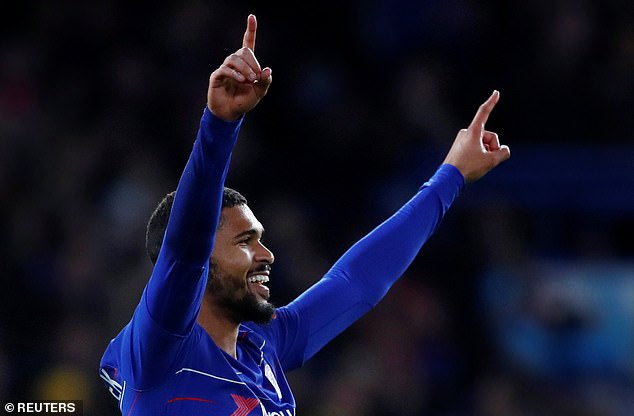 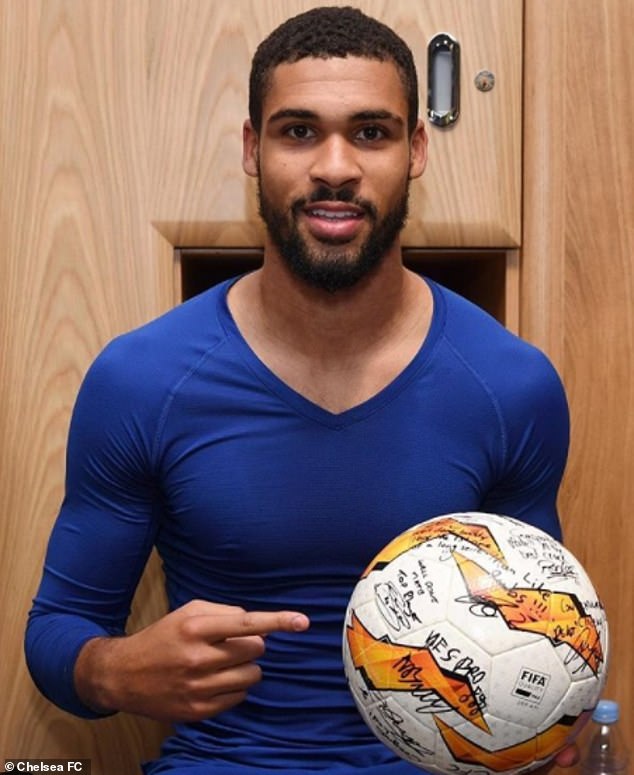 Loftus-Cheek minutes for Chelsea this season

Sarri also admitted after Loftus-Cheek’s hat-trick in the 3-1 victory over Bate Borisov that Loftus-Cheek faces an uphill battle to displace Mateo Kovacic or Ross Barkley – players the Italian describes as sharing ‘the same characteristics’ as Loftus-Cheek.

The 22-year-old was omitted from Southgate’s squad for recent matches against Croatia and Spain.

In scoring a hat-trick against Bate, Loftus-Cheek became only the sixth player in the club’s history – along with Didier Drogba, Gianluca Vialli, Tommy Baldwin, Peter Osgood and Terry Venables – to score three in a European game.

He is also the first Chelsea academy graduate to score a hat-trick in any competition since Clive Walker in 1982. 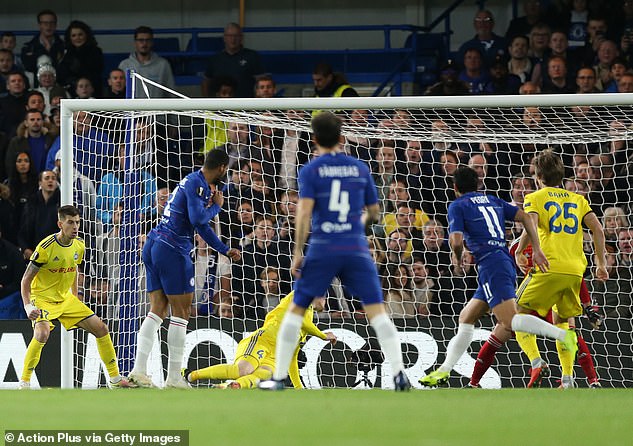 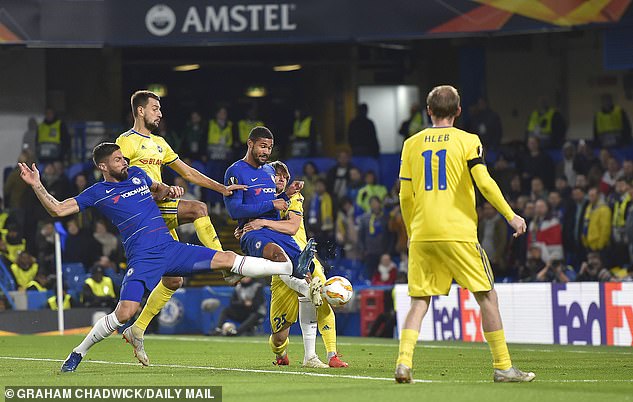 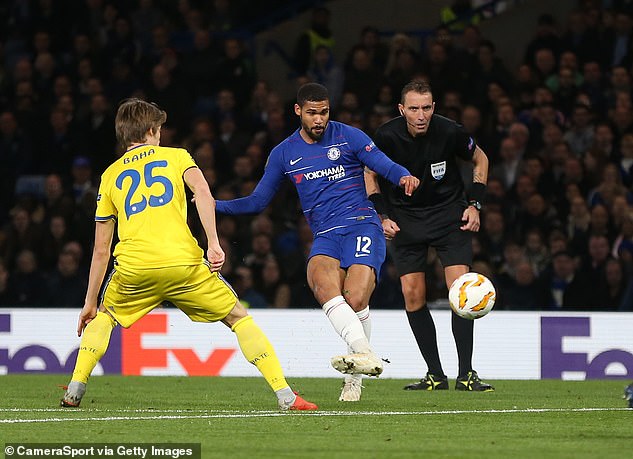 ‘I think my last one was in the Under-13s!’ Loftus-Cheek said. ‘It might have been against Charlton. But this was different.

‘A European night under the lights, it’s a dream. There is still a long way to go. I want to keep being ambitious, keep improving and see how far I can go.’

Loftus-Cheek admits his mental strength has been tested in the early months of the season.

He said: ‘Yes, but I have never doubted my ability. It’s just hard sometimes to perform at your best when you are not playing regularly.

‘So it is important to train well, keep your good habits – eat well and sleep well – so that when games like this come along you can be as close to your best physical shape as possible.

‘I will keep trying to do that and it’s all I can do right now.’ 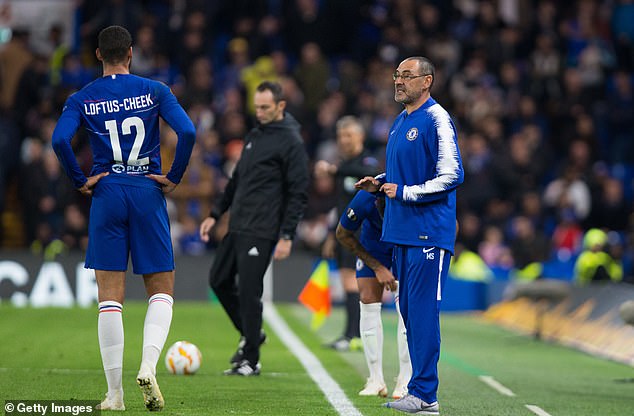 Loftus-Cheek, who has not started a Premier League game for Chelsea since April 2016, insists the relationship with Sarri remains positive.

‘He is asking me to improve defensively and positionally,’ the 22-year-old added. ‘We are working on it every day in training.

‘He is so demanding on shape, but also wants you to play freely as well, which I why we can play such free flowing football. It is really good work.

‘For a manager who has been in the game for a long time, it would be daft for me not to take in what he is telling me. He is a top manager. For me to learn from him is great for my development. I will keep on doing that.

‘I will keep on listening and learning whenever I’m on the pitch or in training. As a player-manager relationship it works – we both have respect for each other. This is a good relationship.’