Roy Hodgson is confident Crystal Palace’s frontline will soon be firing on all cylinders again as they prepare to tackle Tottenham.

Hodgson, though, sees no reason not to be positive, with his side having battled back to draw 2-2 against Arsenal before another encouraging display despite eventually losing 3-1 at Chelsea. 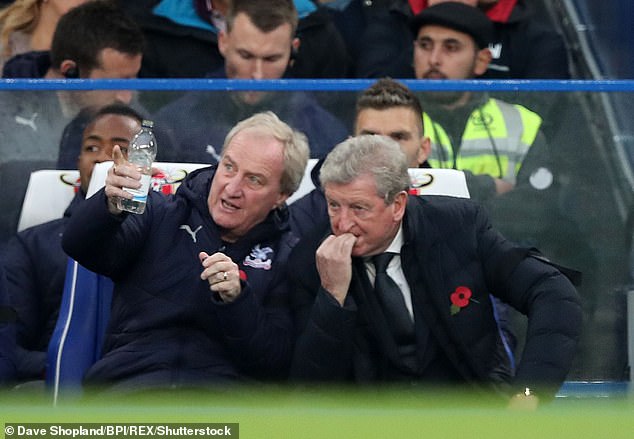 ‘We have Benteke injured, but he’ll soon be back. We have Sorloth, we have Ayew, we have Wilf, and we have Andros Townsend so we have forwards at the club,’ Hodgson said at a press conference reported by the club.

‘I can’t in any way criticise or complain about what the players are trying to do either in training or in matches.

‘I’m sure that they (goals) will come when the ball goes in for us – but, as I say, we’ve scored three in the last two games against Arsenal and Chelsea away.’

Palace have been linked with a January move for Arsenal striker Danny Welbeck, a player Hodgson worked with while England manager.

Hodgson, though, played down reports, saying: ‘We aren’t specifically targeting anything at this moment in time.

‘Like all clubs in the Premier League, we are all constantly assessing and looking at players, so that when the day comes, if there is a vacancy and if there is money to spend, you know where to go.

‘I haven’t had a serious meeting with the scouting department – they are getting on with their work and we have several meetings scheduled later in November and December. 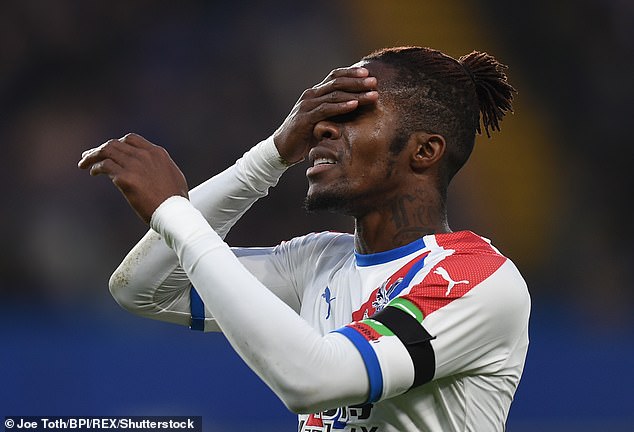 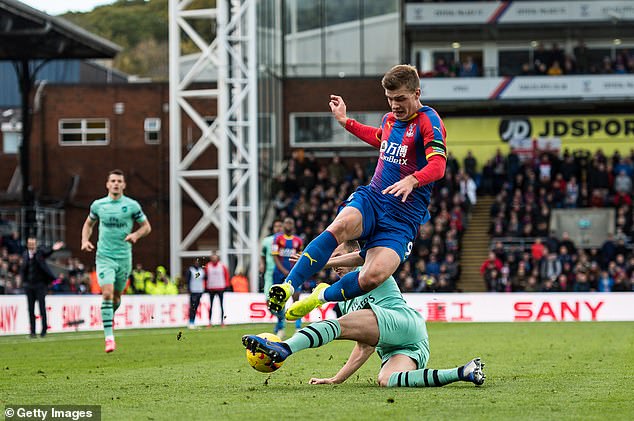 Alexander Sorloth, pictured being tackled against Arsenal, has just one goal this season

Defender Aaron Wan-Bissaka, meanwhile, has been linked with a transfer away from Selhurst Park, with both Manchester City and Everton touted as potential destinations.

Hodgson said: ‘It is very easy to link anybody with anybody.

‘I have no idea if there is any truth in it – you would have to ask Pep Guardiola, but I doubt he would give you an answer.

‘But it is good I suppose that there are people out there who are writing about and seeing the quality of Wan-Bissaka and appreciate what he has been doing.

‘As far as we are concerned we have him as our player and he is under contract with us and we have no desire or intention of selling him. 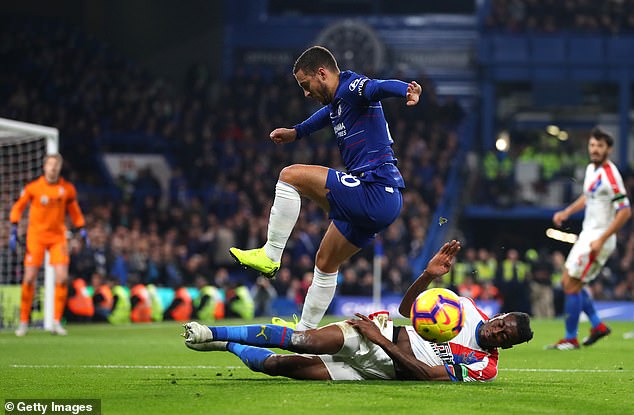