Wayne Rooney has expressed his delight after helping DC United reach the MLS play-offs on Sunday.

The forward netted twice as his side beat New York City 3-1 in Washington and has taken to social media to share a group photo from the post-match celebrations.

‘Play-off spot secured… proud of this team,’ he wrote alongside the snap of himself and his team-mates smiling in the dressing room. 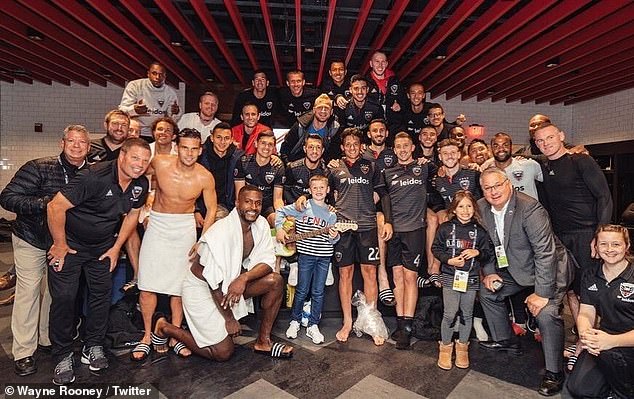 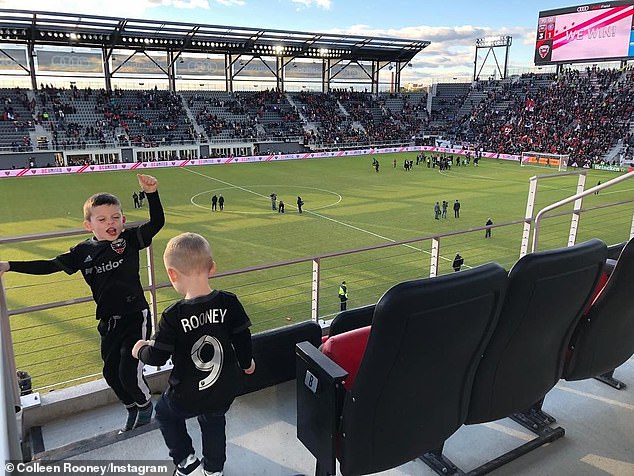 Wife Colleen also took to Instagram to celebrate the result, posting a picture of sons Klay and Kit rejoicing at the full-time whistle.

‘Well done Daddy,’ she wrote. ‘Bottom of the table when he arrived and now DC United have made the playoffs. Great team effort!’ 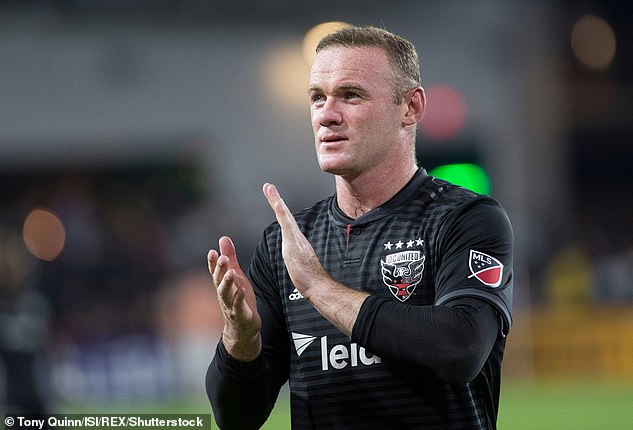 Rooney returned the favour on 24 minutes, teeing up Acosta to curl home from outside the box.

Rooney was then on hand to tuck home a late penalty, before ex-Barcelona striker David Villa pulled a goal back with a smart finish as DC completed a remarkable turnaround in form to extend their season.

If DC beat Chicago Fire next Sunday their play-off game will be at home, but Rooney insists his side are capable of beating anyone, irrespective of where they play. 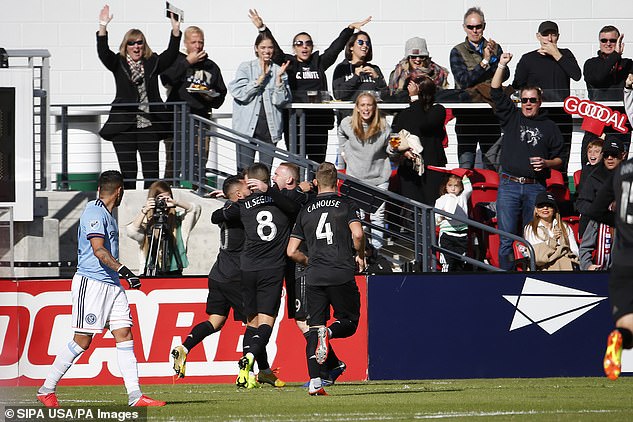 ‘Of course it (home-field advantage) can be important,’ Rooney told his club’s official website.

‘Obviously our form here is great but if we host a game or we don’t we have to be confident in whoever we play, wherever we play that we can win the game.

‘We are in great form, whether it’s a home or away we have to take that belief into that game and be ready whether it is here or away.’