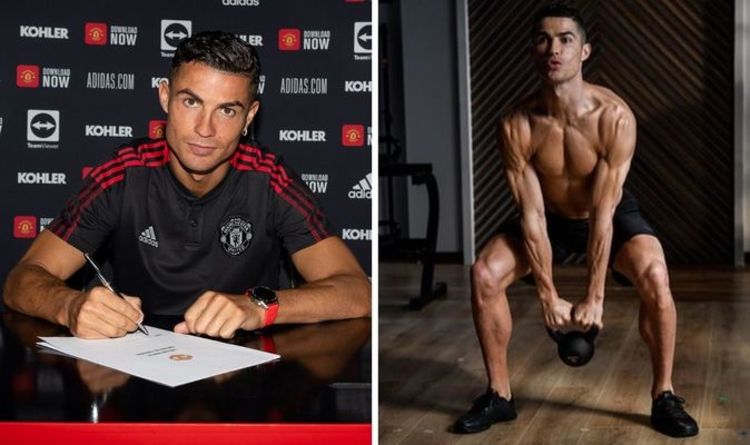 The 36-year-old superstar, set for an emotional second Man Utd debut this weekend, has shown no signs of slowing down. Frequently dubbed the greatest footballer of all time, the Portuguese icon finalised a shock return to Old Trafford on transfer deadline day. The deal was believed to be worth around £20million. Ole Gunnar Solskjaer’s side pounced after reports suggested Ronaldo was set to quit Juventus after three years – and join bitter rivals Manchester City.

At 36, some questions have been raised as to whether he is still capable of performing at the levels he has reached in recent years.

Unsurprisingly, the ever-confident forward, who has scored 674 goals in 854 club appearances, responded to his critics.

Speaking to former Red Devils team-mate Wes Brown on the Man Utd app, he said: “I’m here to win. People before speak about the age but they should understand and they know that I’m different.

“I’m different from the rest of the people.”

CR7 told Spanish television programme El Chiringuito in 2018, when he was 33, that he had the biological age of a 23-year-old.

A strict regime allows Ronaldo to remain lightning quick – albeit not as quick as he once was – and one of the strongest and most agile players in the world.

His remarkable physique is built on several key themes. He was a skinny teenager upon his first arrival at Old Trafford in 2003, but has transformed his body over the course of his career with obsessive attention to detail.

According to The Sun, Ronaldo follows a Pilates-based routine which focuses on resistance work to strengthen his core and give him the ripped physique he is renowned for.

In a 2015 interview, he explained: “You can do an abs workout in your bedroom when you wake up in the morning or before you go to bed.

“If you get into a routine then it makes it easier as it will become a habit.”

He follows a strict diet and recovery plan too, and has been teetotal since at least 2005.

Ronaldo’s father died of an alcohol-related liver condition when he was 52 and Ronaldo was just 20.

He eats a high protein diet, and limits the amount of meat he eats due to the higher fat intake. His regime sometimes involves up to six smaller meals a day to ensure energy levels are high for each session.

Luis Lavrador, chef of the Portuguese national team, said: “Ronaldo eats all sorts of dishes, as the responsible athlete he is, but the one he likes the most is fish like gilt-head bream, swordfish and sea bass.”

Ronaldo heads straight to the pool after matches, while other players might prefer to sit at home in front of the TV.

He will swim lengths to both unwind from the brutality of the match, but also to maintain his physique. Swimming exercises all of the main muscle groups in the body.

A Cryotherapy chamber helps with muscle regeneration. After hearing how well it worked for then Bayern Munich winger Franck Ribery, Ronaldo bought one of his own.

He will stand in the chamber for roughly three minutes, the temperature will drop to between -160°c and -200°c.

He also uses hot and cold baths to stimulate muscle regeneration – and jets in the bath help massage muscles.

Another crucial part of his fitness program is to rest and relax. He stressed the importance of downtime and sleeping at least eight hours each night.

He explained: “Mental strength is just as important as physical strength.

“Training and physical sessions are most important, but living a relaxed lifestyle helps you to be the best you can, physically and mentally.

“I spend my free time with family and friends, which keeps me relaxed and in a positive mindset.

Whatever he’s doing, it has clearly paid off. Ronaldo will don the famous Man Utd number seven shirt tomorrow, alongside millions of others around the world.

Shirt sales, at the time of writing, have hit a record £187million, becoming the fastest-selling shirt in Premier League history.

There will be no live TV coverage in the UK due to the Saturday 3pm blackout, highlights will be available via Match of the Day later in the evening.