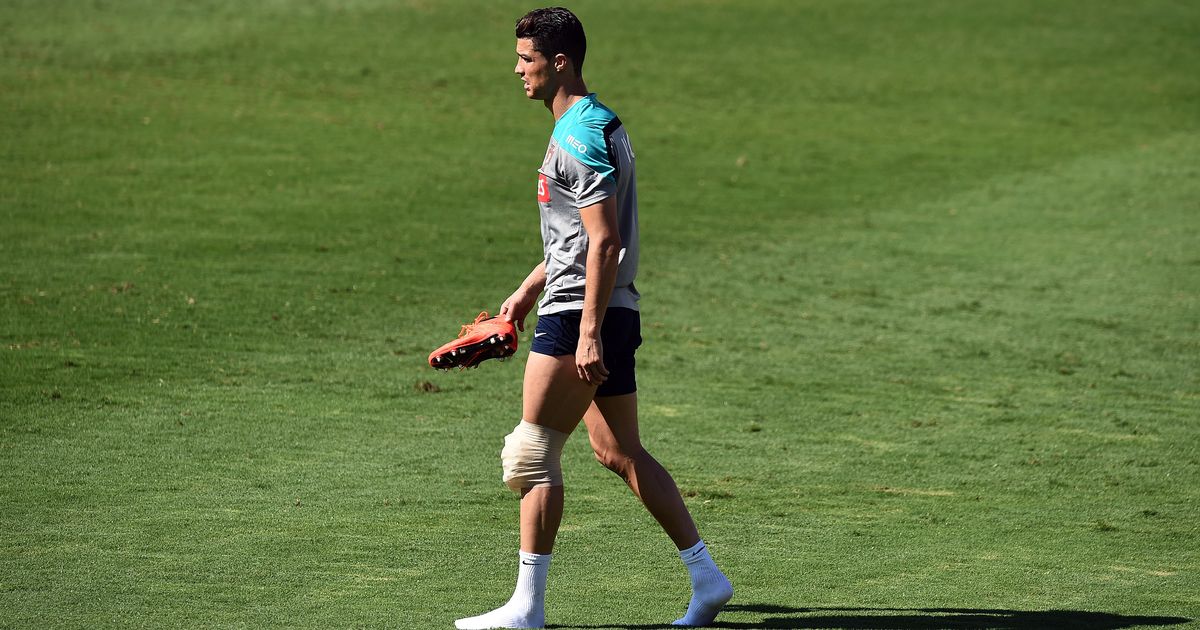 Cristiano Ronaldo was once diagnosed with a knee injury that has 'no guaranteed cure' and gets worse over time without an extended rest period.

Ronaldo is gearing up for his second Manchester United debut against Newcastle on Saturday after securing an emotional return to the club this summer.

Despite being 36 years of age, the Portugal captain remains at the top of his game and, as ever, in superb physical condition, meaning he is expected to set the Premier League alight once again.

However, that's not to say he hasn't suffered his fair share of injury problems over the years…

Ahead of his United homecoming, Twitter user @LLF_14 has produced a fascinating thread which claims Ronaldo has been playing with a knee condition called 'tendinosis' since 2014.

The condition is said to have no guaranteed cure, although 80 per cent of people recover from it by resting for three to eight months.

Do you think Cristiano Ronaldo will be a success again at Manchester United? Let us know in the comments section below.

It is described as a 'chronic degeneration' which scars, hardens and thickens tendons in the knee, causing pain, swelling, tenderness and a loss of flexibility.

Portugal first revealed that Ronaldo was suffering from tendinosis in a June 2014 medical report, but instead of resting up he decided to captain them at the World Cup in Brazil.

The then-Real Madrid superstar was unable to inspire his country past the group stages in a disappointing showing at the tournament, and after their exit he opened up on his injury woes.

"Before the Champions League [final with Madrid], with 15 days to go, I was injured," he said.

"I think it was an accumulation. Every year I play more than 60 games.

"Either you stop for two or three months, or you learn to live with the pain and have the psychological strength to endure it.

"I can endure the pain because I think there's something stronger. Maybe if I didn't feel the pain, maybe I wouldn't be as good as I am."