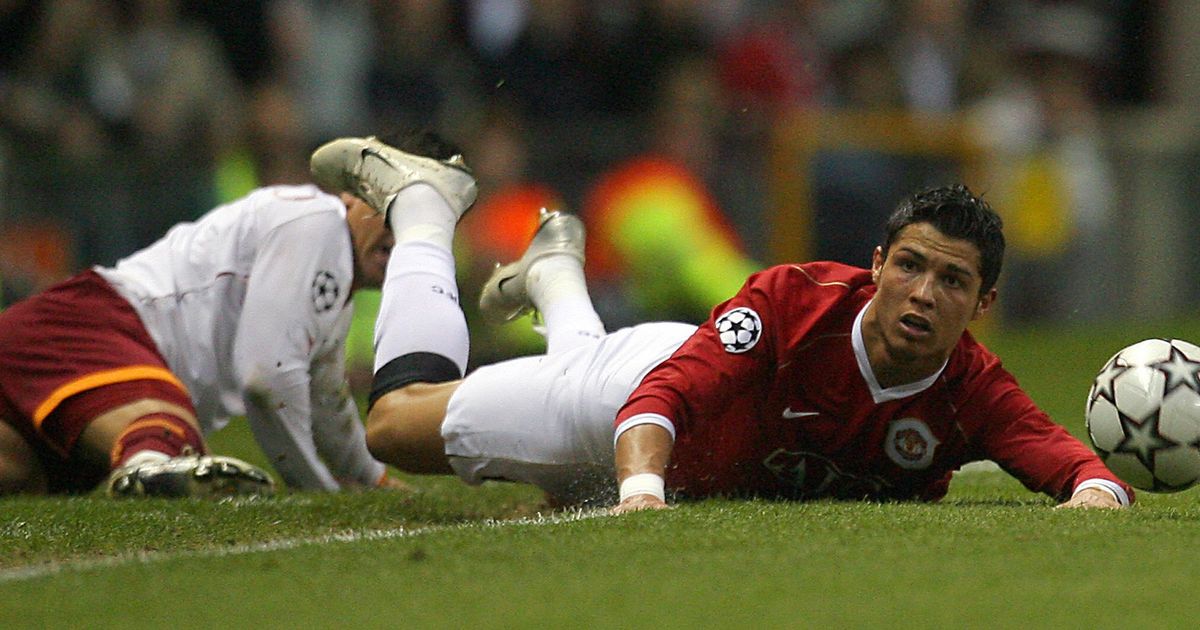 Cristiano Ronaldo will never swap shirts with a Roma player because of an incident that occurred during Man Utd’s Champions League quarter-final with the Serie A side 14 years ago.

United and Roma met in the last-eight of the 2007/08 competition, with the Red Devils advancing through to the semi-final 8-3 on aggregate after a 7-1 demolition job at Old Trafford.

Ronaldo was the star of the show in the second-leg, scoring twice to send the Italian side packing on an incredible night at the Theatre of Dreams.

With the score at 6-0 and United cruising, the Portuguese star was on the end of some rough treatment from the Roma players – and it’s not something Ronaldo has ever forgotten.

Speaking to the Daily Express in 2018, he said: "When it was 6-0, they asked me to stop, an opponent begged me to stop dribbling.

"Others threatened to hurt me. Roma? There is no player with whom I would exchange a shirt."

Ronaldo has enjoyed a fantastic relationship with the Champions League ever since making his debut in the competition with Sporting Lisbon in 2002.

The Juventus star has made 176 appearances in the Champions League proper and is the competition’s all-time top scorer with 134 goals – 14 more than Lionel Messi.

Ronaldo’s transfer to Juventus was motivated by a desire by the Serie A side to win a first Champions League since 1996, but so far they have come up short.

Juve were eliminated at the quarter-final stage in 2019 and have suffered shock last-16 exits at the hands of Lyon and Porto in the last two seasons, with Ronaldo coming in for criticism on both occasions.

READ MORE:7 best rants in football history – 25 years on from Keegan's "I would love it" speech