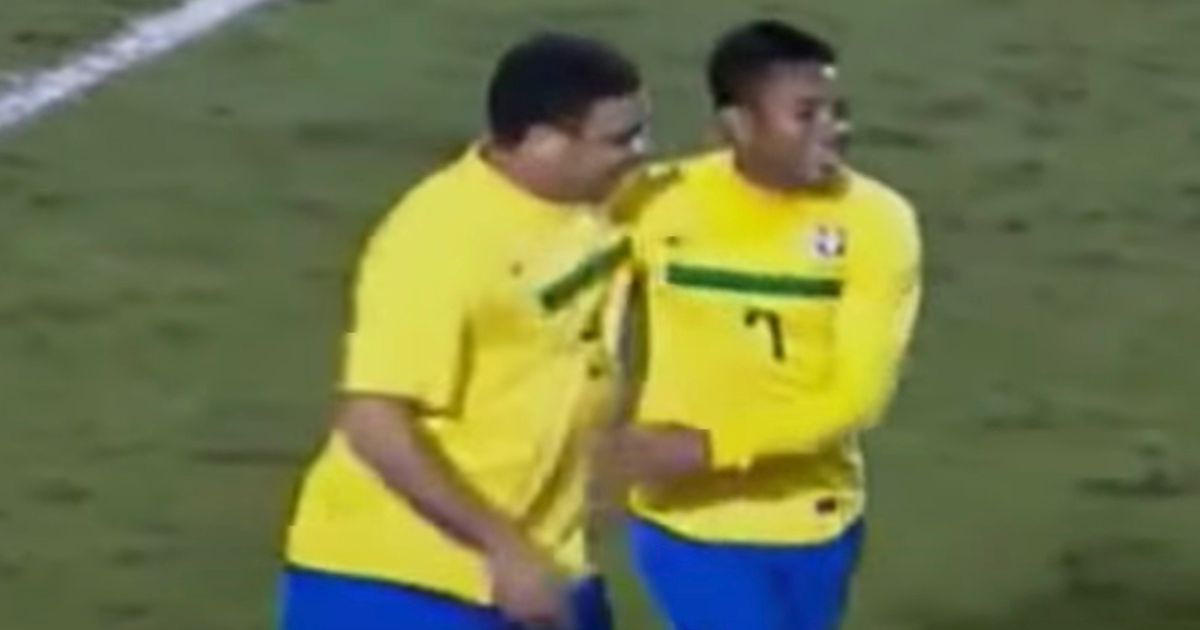 Ronaldo Nazario managed just 15 minutes on his Brazil farewell, making a brief cameo showing against Romania to round off a sensational international career.

Retiring from club football in February 2011, the two-time Ballon d'Or winner was included by manager Mano Menezes for a friendly match in Sao Paulo, five years after his last outing for Brazil.

He was introduced into the fray for ex-Fluminense forward Fred on the half-hour mark, with the starting striker jokingly bowing down to Ronaldo as he made way. However, the former Barcelona and Real Madrid man was unable to mark his farewell appearance by finding the back of the net.

Seeing an effort saved from point blanc range in the 36th minute, Ronaldo was unmarked on the edge of the six-yard box but couldn't direct the ball into the corner, as 6ft 6 Romanian Ciprian Tătărușanu denied the veteran forward with a smart reaction stop.

Four minutes later, Ronaldo's final shot for Brazil skewed horribly over the bar – though he did see the funny side, sharing a laugh with recently-departed Manchester City ace Robinho. After the 1-0 result, Ronaldo apologised to supporters for his poor finishing in front of goal.

"I had chances to score. Sorry for not finishing them correctly," he told the packed-out crowd at the 40,004 capacity Estádio do Pacaembu. "Thanks to all of you for what you did in my career. When I cried, you cried with me. When I smiled, you smiled with me. See you soon but on the sidelines this time. I'm very proud of being Brazilian."

HAVE YOUR SAY! Where does Ronaldo Nazario rank amongst the footballing greats? Let us know in the comments section.

One of the greatest players of his generation, Ronaldo racked up a staggering 414 goals for club and country, aiding Brazil to World Cup triumphs in 1994 and 2002. His goalscoring habits date back to his teenage years, where he pummelled in 44 goals in 47 appearances for boyhood club Cruzeiro.

Aged just 17, the Brazilian moved to PSV in the summer of 1994 – after Brazil's World Cup win – and continued to baffle defenders on a regular basis. His fine fishing in the Netherlands caught the eye of Barcelona who paid a world-record £13.2million fee to head their attack under Bobby Robson.

Ronaldo hit 47 goals that season for the La Liga giants with manager Robson commenting "I don't think I've ever seen a player at 20 have so much."

After just one season at the Nou Camp, he moved to Inter Milan, bagging a total of 49 goals in his opening two campaigns before suffering a complete rupture of his knee-cap tendon, which ruled him out for almost three seasons.

A £28.5m move to Real Madrid followed as part of their 'Galaticos' era where he managed 104 goals in 177 matches but was blighted by his knee injury – as well as weight issues – towards the end of his time in the Spanish capital. However, he fired Brazil to World Cup glory again in 2002.

A third serious knee injury followed when he transferred back to Milan – this time signing for rivals AC – making just 20 outings for the Rossoneri during his two-year spell. Ronaldo returned home to Brazil, joining Corinthians, before retiring in 2011.