After their shock summer moves, Cristiano Ronaldo looks like he’s never been away with four goals in his first three games back at Man United… but his old rival Lionel Messi looks LOST at PSG

For well over a decade people have been making comparisons between Cristiano Ronaldo and Lionel Messi due to their rivalry as arguably the two best players of all time.

When Messi signed for Paris Saint-Germain it looked like the summer transfer window could not be topped, until Ronaldo made a stunning return to Manchester United.

But for the two greatest players on the planet, their starts at their respective clubs could not have gone any differently so far.

Sportsmail takes a look at both of their starts and look at how it has gone so right for Ronaldo and so wrong for Messi. 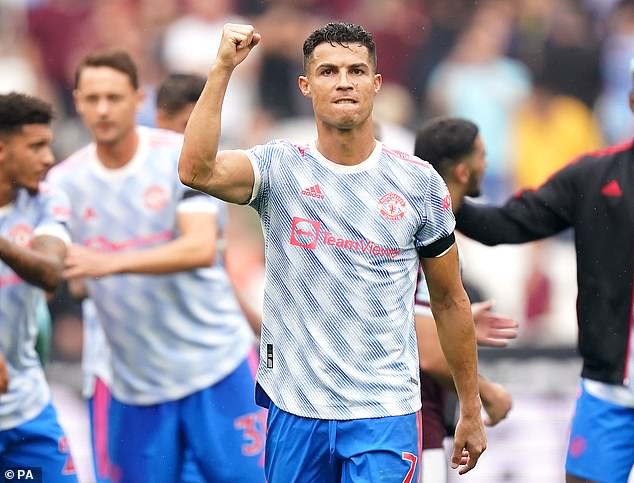 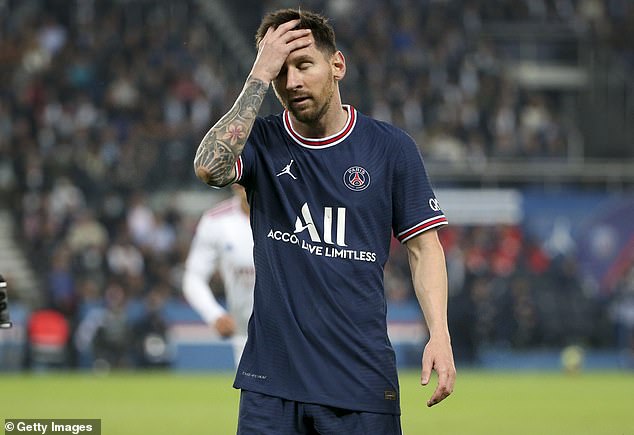 Ronaldo quick off the mark

When a player returns to a club at the age of 36 you would wonder whether they can make the same kind of impact as they did in their younger days.

But Ronaldo is no ordinary player and it has looked like he has never left Old Trafford with a stunning start to his comeback by scoring in all three games so far.

This is a player who scored 36 goals in 44 appearances for Juventus last season, so there was never any concern that Ronaldo would struggle to get off the marks and he’s already making a profound impact on the team. 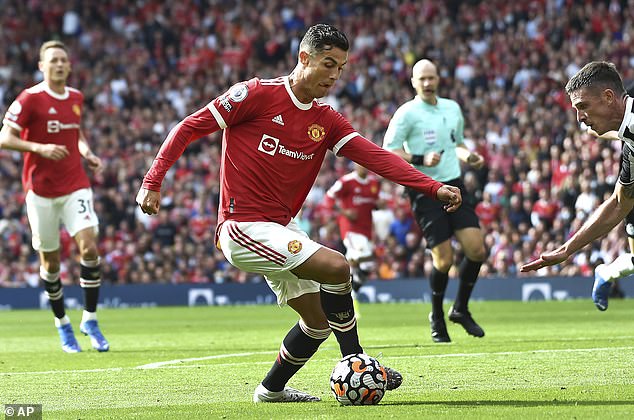 The Portuguese ace has been the difference maker in his first three games back at the club, in games where United in previous seasons, might have struggled to pick up a win.

Against Newcastle he scored the opener and when the opponents got back into the game it was Ronaldo who got them out of a jail with a second before they ran away with the game late on.

It took just 13 minutes for Ronaldo to score against Young Boys in the Champions League though he was substituted in the second half as United’s ten-men fell to a shocking defeat in Switzerland.

Then against West Ham it was Ronaldo who scored his fourth goal in three games to level the score before Jesse Lingard scored a late winner.

Ronaldo is a different player to the tricky winger which left United in 2009 and is now more of a deadly centre-forward but he’s arguably even more clutch in the big moments as he was 12 years ago.

And if he continues in this way he could be the difference maker as United face tough competition in Chelsea, Liverpool and Manchester City for the title this year. 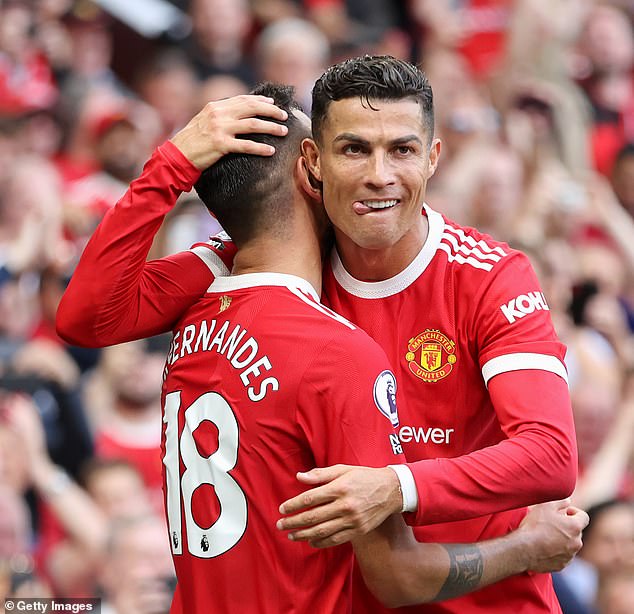 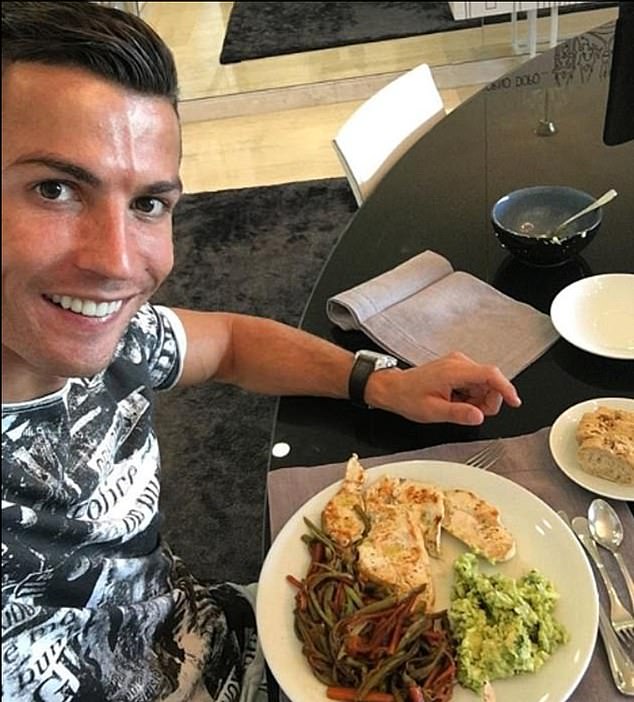 But it’s not just his work on the pitch that will benefit those around him this season.

His mere presence will have a big impact on the player for how he handles himself on and off the pitch, which has contributed to him continuing to perform at the highest standard at 36.

Reserve keeper Lee Grant admitted that before the game against Newcastle that not one player ate dessert at dinner after they spotted Ronaldo having quinoa, avocado and a couple of boiled eggs.

The example Ronaldo sets is already clearly paying off on his new team-mates at Old Trafford.

While his great rival has made a scorching start off the blocks at his new club, Messi has looked sluggish and does not look at home yet in the colours of Paris Saint-Germain.

It was clear Messi did not want to leave Barcelona who could not sign him to a new contract due to their financial issues.

But the 34-year-old is now lining up alongside Kylian Mbappe and Neymar at the French giants as part of a ‘dream team’ which is widely expected to dominate both domestically and in Europe this season. 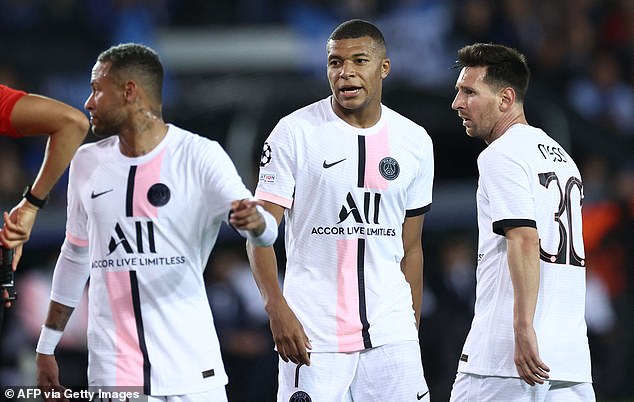 It hasn’t started well though for the legendary Argentine forward. While Ronaldo was thrown straight into the starting line-up Messi came on a substitute in his first game against Reims, getting 24 minutes in a 2-0 victory.

Messi started alongside Mbappe and Neymar for the first time against Club Brugges, but he struggled to make an impact as they were shockingly held to a 1-1 draw in Belgium despite all of their fire power.

Then amazingly against Lyon, Mauricio Pochettino hauled Messi off after 76 minutes with the game still 1-1.

As he came off, the summer arrival from Barcelona stared sharply at the PSG manager, made a gesture with his hands apart as if to say he didn’t understand.

He cut a frustrated figure and as other members on the bench jumped up and celebrated Mauro Icardi’s winner, it took Messi several seconds to rise from his seat and start politely clapping.

It was a telling reaction from a player who is usually so passionate. 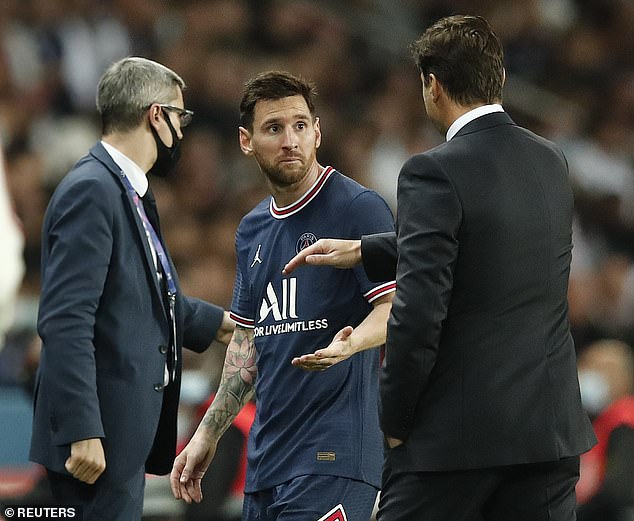 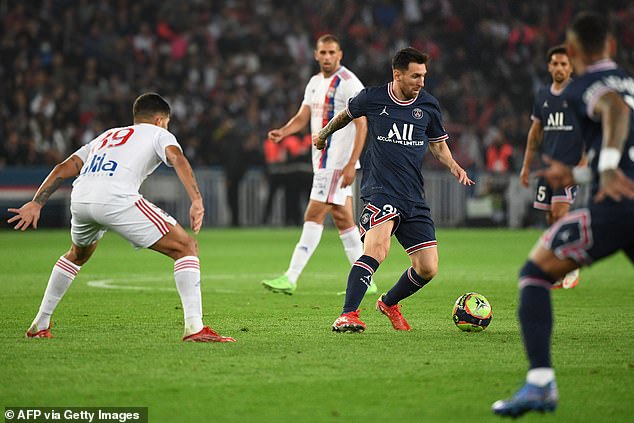 Messi did look more lively against Lyon than his low-key performance against Club Brugge as he forced goalkeeper Anthony Lopes to a great save after a clever backheel from Neymar and also had a free-kick crash off the crossbar.

But there was much expectancy on Messi to immediately tear up Ligue 1 which is widely regarded as a much weaker division than the likes of the Premier League, La Liga and Serie A.

Ronaldo has got off to a flying start in the Premier League though unlike Messi it is at a club and division he knows well. 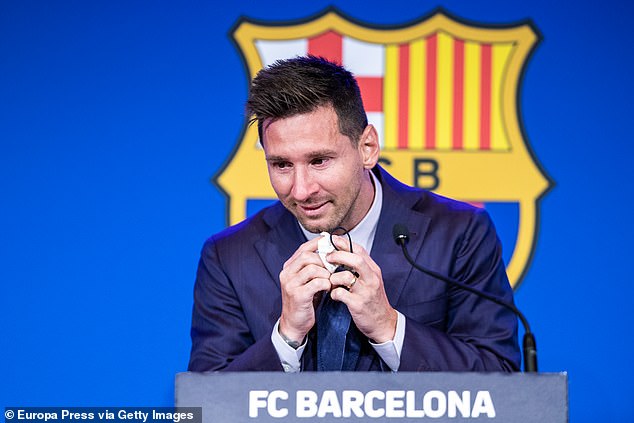 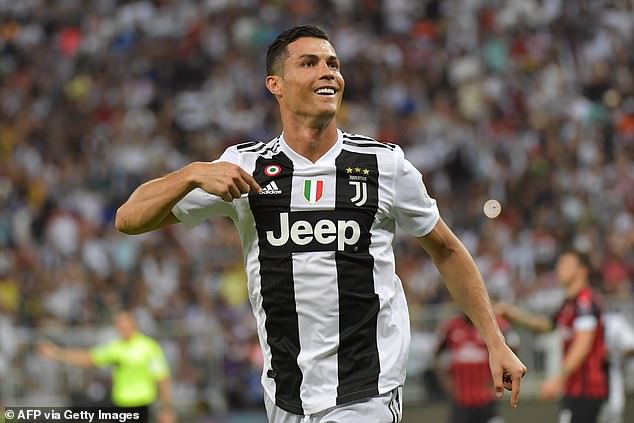 Perhaps a more direct comparison can be made between Messi at PSG and when Ronaldo joined Juventus back in 2018.

In a new league, the Portuguese star failed to score in his first three Serie A games and was controversially sent off in his first Champions League game for the Bianconeri against Valencia. He went on to net 21 times in the league that season – his lowest since leaving United in 2009.

His brilliance eventually shone through and he went on to score 31 and 29 goals over the following two league seasons.

With Messi’s quality it will be a surprise if he doesn’t get off the mark quickly and make a big impact in Paris, but so far Ronaldo has the clear advantage of the two world superstars since their respective blockbuster moves.