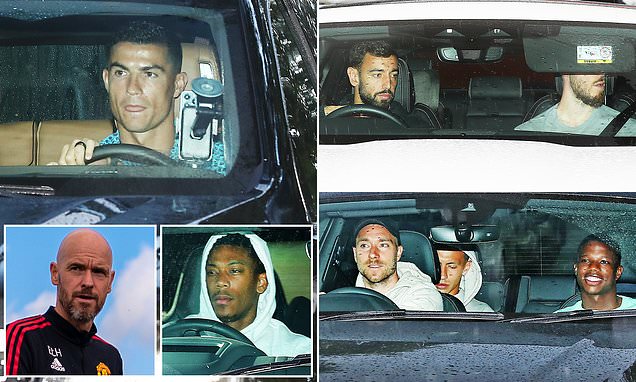 Cristiano Ronaldo checks in for training with his Man United team-mates as Erik ten Hag ponders whether to start his unfit, wantaway star in Premier League opener after Anthony Martial was ruled out

Cristiano Ronaldo and his Manchester United team-mates have arrived at the club’s Carrington training ground with Erik ten Hag still to decide on his starting XI for Sunday’s Premier League opener against Brighton.

Ronaldo looked in a serious mood as he pulled up in his Cadillac Escalade SUV, United fans eagerly waiting to catch a glimpse of him and his fellow stars.

Anthony Martial looked fairly downbeat following news that he is set to miss United’s opener after picking up a hamstring injury against Atletico Madrid. 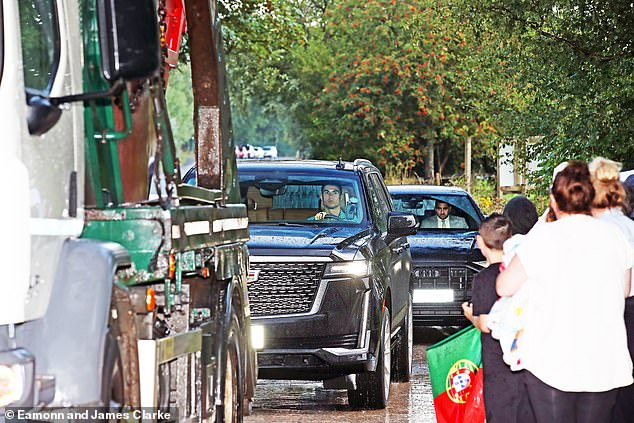 Ten Hag must now decide if Cristiano Ronaldo can be thrown into the starting line-up for the clash at Old Trafford.

A lack of options in attack means that Ten Hag may have to consider playing Ronaldo or at least putting him on the bench, even though he admits the unsettled Portugal star is not fit.

The 37-year-old is two weeks behind his teammates in terms of pre-season preparation, having missed the club’s summer tour and five friendlies.

However, Ronaldo played 45 minutes against Rayo Vallecano on Sunday and is said to have been excellent in training this week. 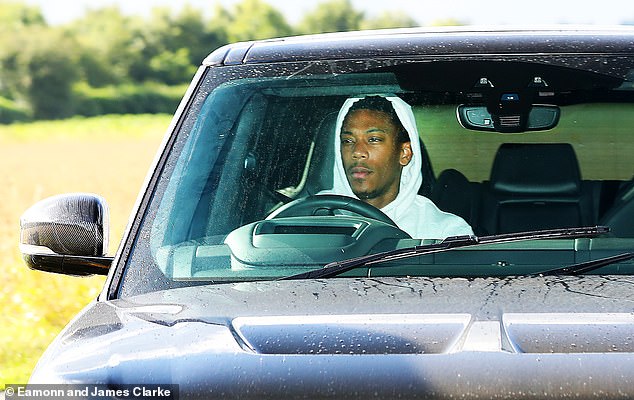 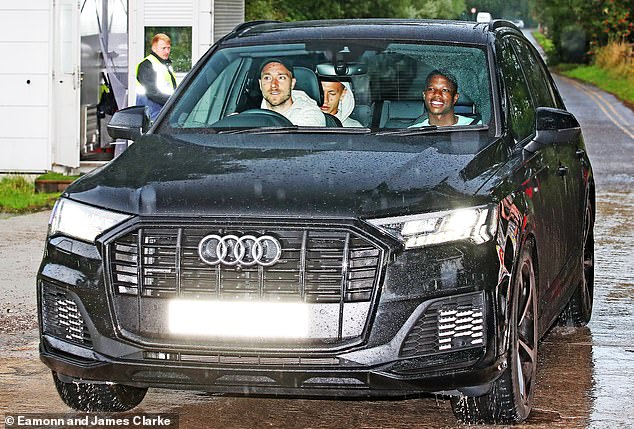 Ten Hag could play Marcus Rashford or Anthony Elanga through the middle, and may consider a false nine having used one in a behind-closed-doors game against Wrexham last week.

Ten Hag, who is facing his first big selection call as United manager, will answer questions on Ronaldo’s availability at a press conference at Carrington on Friday.

The situation highlights the problem caused by United’s failure to replace Edinson Cavani this summer after committing a large portion of their transfer budget to pursuing Barcelona midfielder Frenkie de Jong.

Missing out on Darwin Nunez earlier in the summer may prove to be a huge blow for the Red Devils. 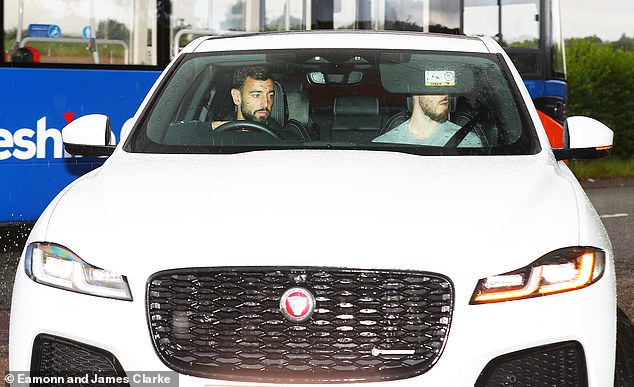