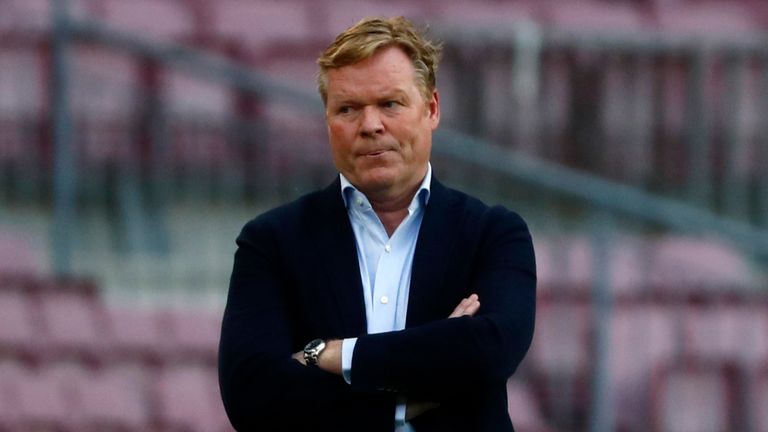 Koeman’s future at the club was in doubt after a disappointing season in which the Catalan giants missed out on the La Liga title, were knocked out of the Champions League in the round of 16, and only won the Copa del Rey.

The former Netherlands boss still has a year left on his contract at the Nou Camp and Laporta confirmed in May they were “evaluating” the head coach, while Sky Sports News understood other options were also being assessed.

However, Laporta – who took over from Josep Maria Bartomeu as club president in March – announced the club would be sticking with Koeman after a meeting of the club’s board of directors on Thursday.

“After this period of reflection, vice-president Rafael Yuste and myself have agreed that we will continue with the current contract that Ronald Koeman has.

🗣 @JoanLaportaFCB: ❝ Ronald Koeman will continue to be the Barça manager next season ❞ pic.twitter.com/nLo2bvCGMo

“We are very pleased to see that these talks have borne fruit in a unity of judgment.”

Barcelona have already moved to bring in new players in the transfer market and secured Sergio Aguero and Eric Garcia on free transfers when their deals with Manchester City expire in July.

The club are also in talks to extend Lionel Messi’s current deal which is set to expire in the summer.