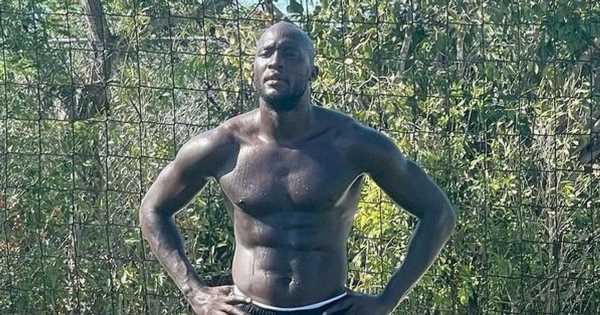 Inter Milan star Romelu Lukaku is in excellent shape ahead of the new season, with the forward set to re-join his teammates for pre-season on Sunday.

Lukaku has been on holiday following the end of his involvement with Belgium at Euro 2020 and reports from Italy state that his break will come to an end on Sunday.

The forward will then join up with the rest of the Inter squad ahead of their Serie A title defence.

And Lukaku looks to be ready to hit the ground running, having posted a number of snaps on Instagram showing him already training.

However, Inter's pre-season preparations have been hit with a blow after the club announced that they would not be travelling to America for the Florida Cup.

Inter were due to face Arsenal next Monday, but both clubs have officially withdrawn from the tournament.

In a statement, Arsenal said: "Following a small number of positive COVID tests among the planned party to travel to America tomorrow, we have sadly been forced to withdraw from the Florida Cup.

"This difficult decision is based on ensuring the health and wellbeing of our players and staff."

Their statement read: "FC Internazionale Milano announce that they will not be travelling to the USA for the Florida Cup due to the current risks involved in international travel as a result of the spread of the pandemic, risks that have already caused Arsenal F.C. to withdraw from participation."

Inter will instead continue their pre-season preparations at their Suning Training Centre, with the first game of their Serie A title defence set to take place next month.

They will welcome Genoa to the San Siro on August 21, with new boss Simone Inzaghi looking to get off to a winning start.

Inzaghi has taken over from Antonio Conte, who walked away from the club back in May.