Brendan Rodgers labelled Celtic’s nail-biting win over RB Leipzig on Thursday night as the most satisfying of his triumphs in Europe.

Odsonne Edouard’s dramatic winner, which arrived within a minute of Jean-Kevin Augustin cancelling out Kieran Tierney’s opener, moved the Scottish champions level on points with the Germans in Group B of the Europa League.

Effusive in his praise for the way his side took the game to their opponents, Rodgers said the performance and result eclipsed any he’d overseen to date at Celtic Park. 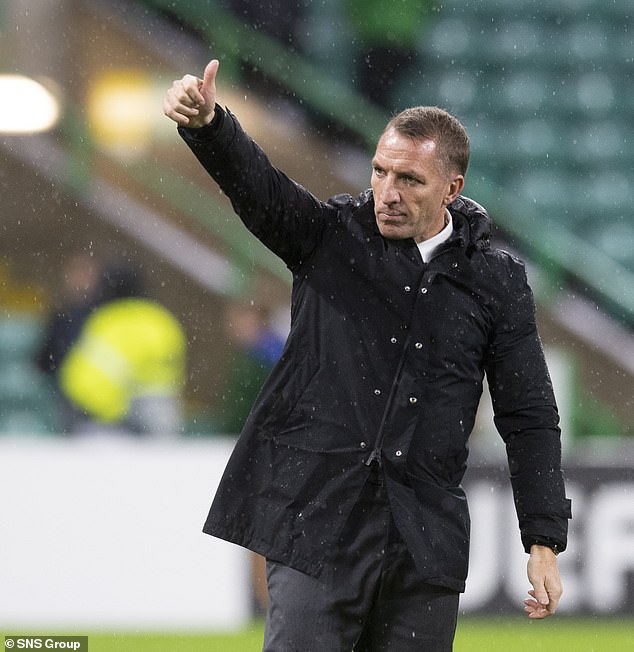 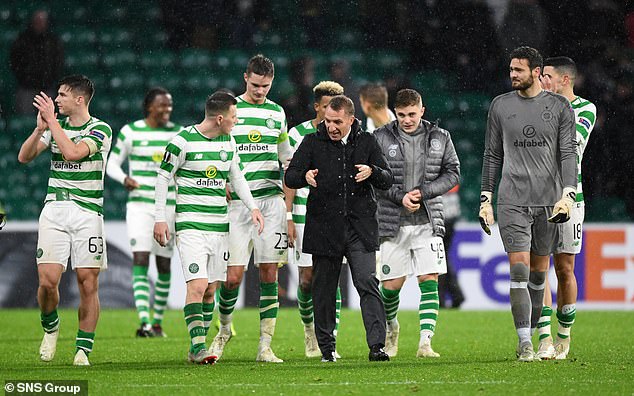 ‘Yeah, I would go with that,’ said the Celtic boss. ‘We performed really well. We’ve had some good results in Europe and sometimes not.

‘Tonight was a proper win against a top-class side. Everyone knows the quality of Leipzig.

‘There are a number of times when this group of players, if it has gone against them a little bit, the game has gone away from us.

‘But it’s a mark of the very best players that, when it does go against you, you still have that belief and fight to go on and win.

‘Tonight was a great step forward for this group of players. At 1-1, they responded straight away, had that belief to get forward and got that winning goal.’

A defeat for Celtic on Thursday night would have spelled the end of the Europa League road. 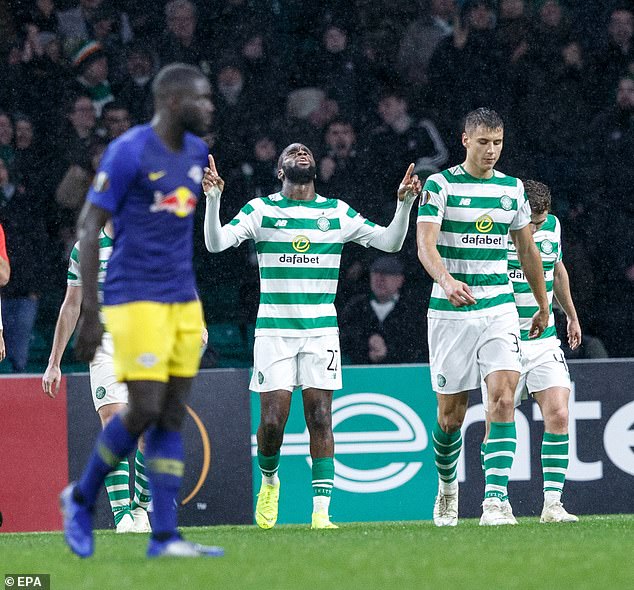 Having seen his side take their imperious domestic form into the European stage, though, Rodgers felt his players handled the occasion as well as he could have imagined.

‘People see pressure as a negative,’ he added. ‘This was a pressure game we had to win but you saw the positivity of the team. We showed no fear, played with aggression and brought our identity to the game.

‘That’s what we have been seeing this team returning to over the last six or seven weeks. It’s nice they can do it not just domestically but against one of the best teams in Europe. So it’s a fantastic victory and one I’m very proud of.’

Rodgers had urged his players not to be timid against a side who took two goals off them in Germany two weeks previously.

Having seen his players show no sign of an inferiority complex, he added: ‘That was particularly pleasing. They were playing a midfield diamond which is hard to press against. You have to be really clear and tactically good to press that because they have the extra man inside.

‘But we hunted the ball all night, we pressed in numbers and were really compact. We will analyse the goal we conceded, we could do better. We’ve got to slide across quicker when the ball gets switched. 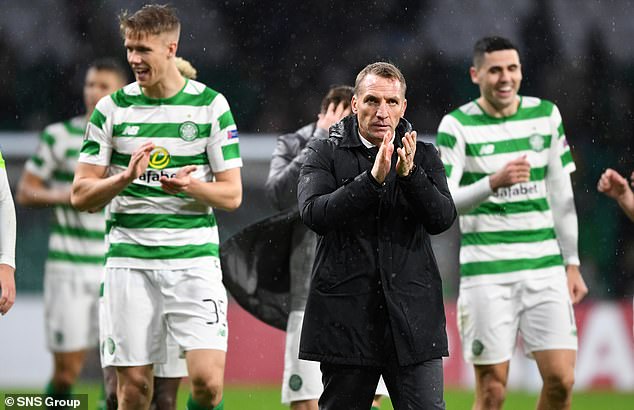 ‘That aside, the intensity of our press forced them into a lot of errors. That’s fundamentally where our game begins. We earned the right to play our game after that.’

Rodgers cut a short a suggestion his side still had it all to do in Group B due to an inferior head to head with the Germans.

Celtic face Rosenborg away and Salzburg at home now needing to better Leipzig’s points tally from their corresponding fixtures.

‘Typical Scottish, always bring a negative into a positive night,’ he said. ‘The most important thing was to win and win well. We did that. There are still a few games to go and we will do our best.’

Leipzig coach Ralf Rangnick said: ‘I’m especially frustrated with the second goal, too many mistakes, too many players not focused and that made it easy for Celtic.’