Brendan Rodgers has implored his fringe players to seize their chance in Leipzig on Thursday after some of his big-name stars were ruled out of selection.

Already without the suspended James Forrest, the Celtic manager will have to fashion a side also missing Scott Brown, Leigh Griffiths and Tom Rogic – with Filip Benkovic also a doubt for the Europa League match.

Jozo Simunovic, Lewis Morgan and Eboue Kouassi are in line for starting berths as Rodgers attempts to upset the odds and record the club’s first win on German soil in 12 attempts. 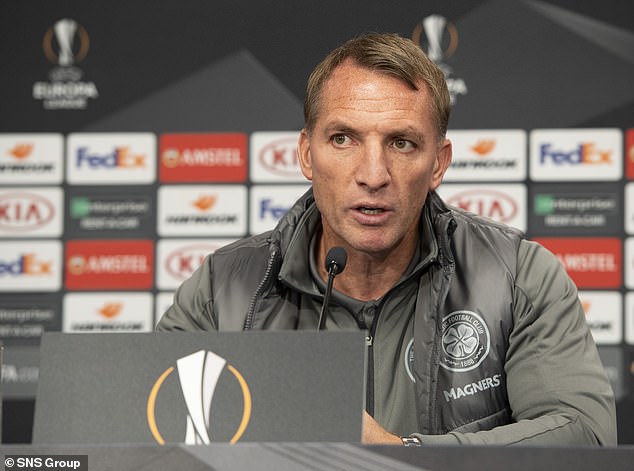 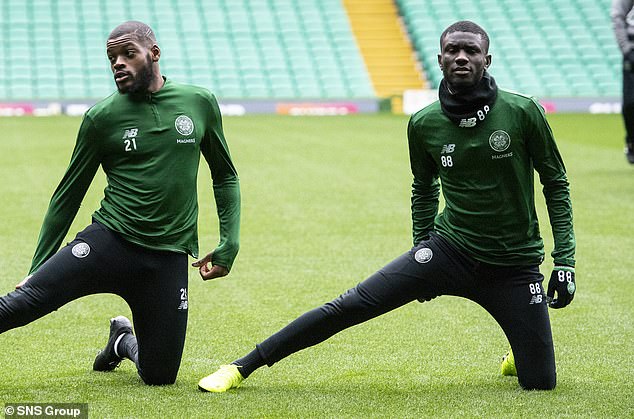 But the Celtic manager believes his makeshift side has the wherewithal to overcome such adversity – and stake claims for more frequent consideration.

‘Where we are as a club, these type of games, this level of opponent, you want your best players available,’ Rodgers said.

‘It’s something we can’t control but I’m looking forward to the match. There will be some players coming in and will get an invaluable experience in a fantastic arena.

‘This is what it takes to play for Celtic. It’s not just about the domestic league, you are working to qualify for European games and coming away to play big opponents. So I am looking forward to see the guys who will come in.

‘They have been working hard in training. We have stabilised the team in recent weeks, we have been performing well and this gives them a chance to show how well they have been training.’

Up against the side presently sitting fifth in the Bundesliga, Rodgers has admitted his frustration at having travelled with a weakened squad. 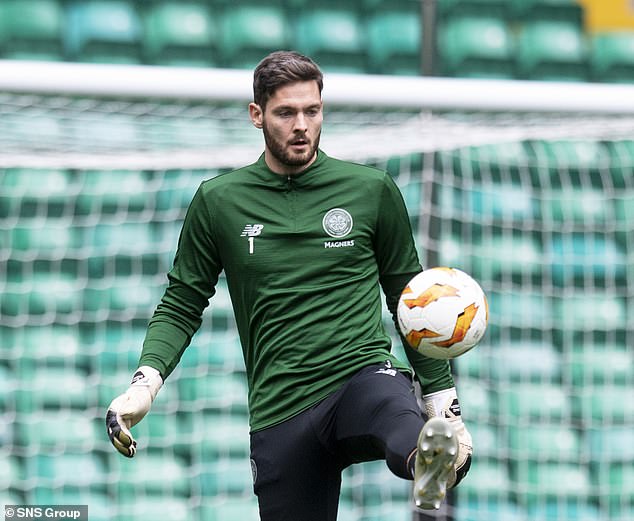 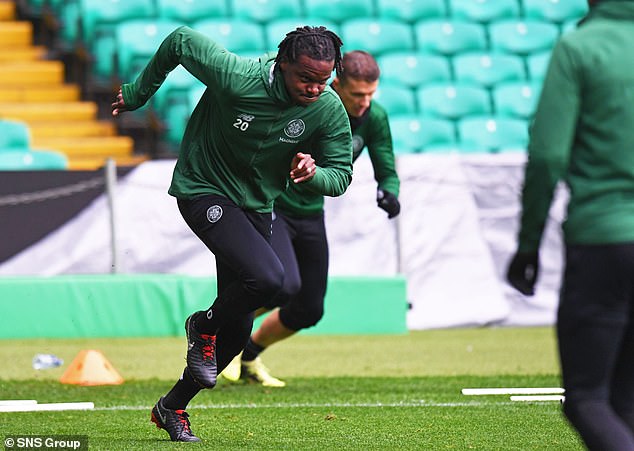 Seeking to take a positive from a negative, though, he feels sure that those being asked to step up to the plate will do so with a point to prove.

‘This is why I have always said to players that they had to stay physically fit as they can and mentally focused as well,’ he added.

‘We expect every player to be fit. We give them as much work and training as they need so when the door opens they are ready. This is what we will see.

‘The guys who will come in will be confident and, like I say, they should go out and play, enjoy the occasion.

‘It would be nice to have a strong squad and keep everyone together with all the players fit. But this is the nature of it. 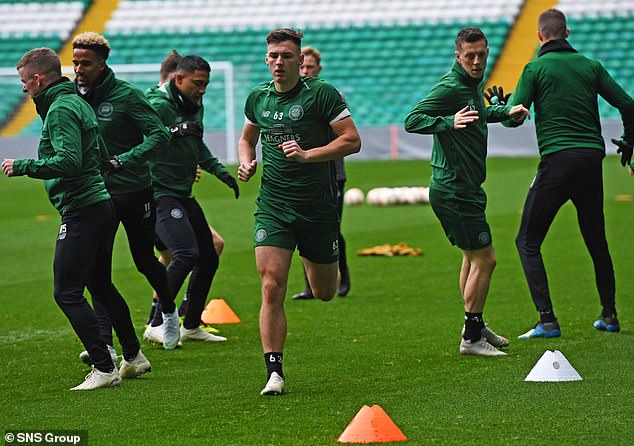 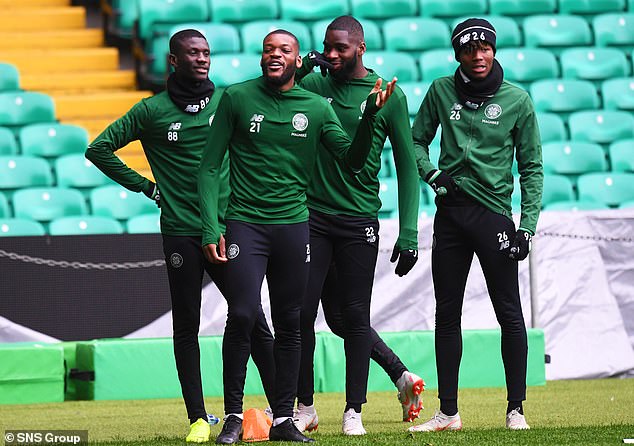 ‘There are going to be guys now who will be getting an opportunity – a brilliant opportunity – to come and play in a Europa League game for Celtic away from home.

‘So we’ll have a team looking to put in a really good performance and fight like hell.’ Rogic has a minor knee complaint but is in contention for Sunday’s Betfred Cup semi-final with Hearts.

Brown is unlikely to have shaken off a hamstring complaint in that time scale while Griffiths will remain sidelined after illness.

‘We’ll assess Tom when we get back, this game has just come too early for him,’ Rodgers ‘We think he should be okay for the weekend but he felt a slight pain after the weekend so it’s too much of a risk to play him here.

‘Griff is still out and won’t be back for the weekend.’