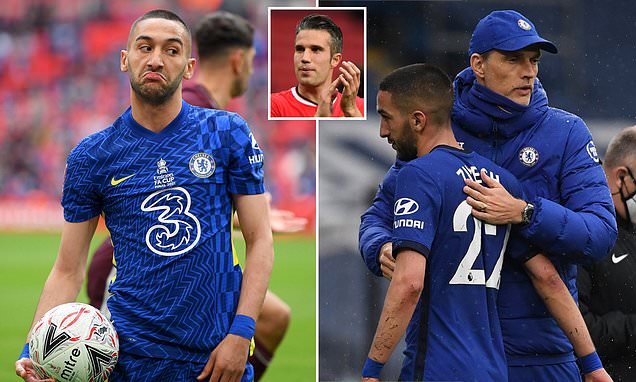 Robin van Persie is baffled by Hakim Ziyech’s struggles for game-time at Chelsea, with the Dutchman urging Thomas Tuchel to get the Moroccan involved.

The winger will be desperate for a starting place on Saturday when Chelsea line-up in Porto for the Champions League final, the biggest game of the 28-year-old’s career.

Ziyech has shown flashes of his creative genius in blue but is a long way from nailing down a spot in Tuchel’s XI, settling mostly for substitute appearances. He played just 25 minutes across both semi-final legs against Real Madrid. 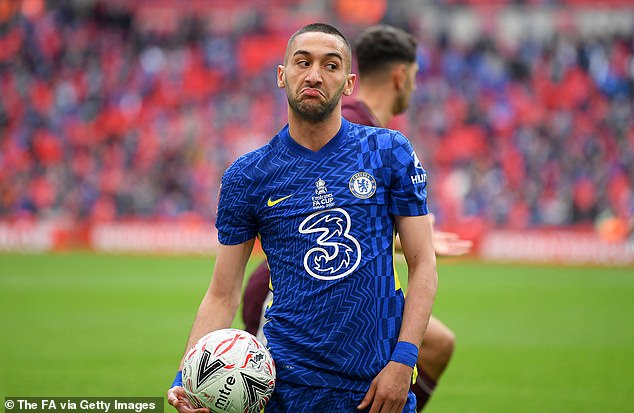 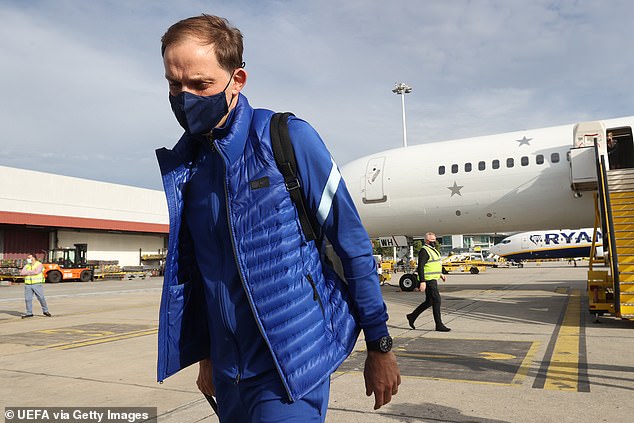 Tuchel, who has landed for the Champions League final, isn’t yet convinced by the Moroccan

Van Persie, who faced-off with Ziyech in the Eredivisie while playing-out the final two seasons of his iconic career, is struggling to understand Tuchel’s approach.

‘It is actually a shame that the creativity of players like Ziyech, Pulisic and Kovacic – who I think is a brilliant player – is not being expressed,’ he told De Telegraaf.

‘Kovacic is their engine and playmaker. Ziyech also has those qualities higher up the pitch, but he should have a much bigger role in the team.

‘He is now constantly searching [for a place in the team], being played in all different positions. But surely it can’t be that difficult to give such a creative player a good position, right? 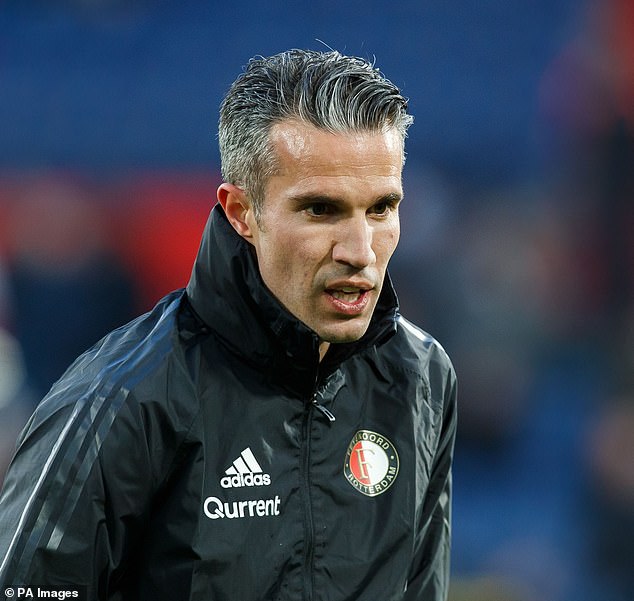 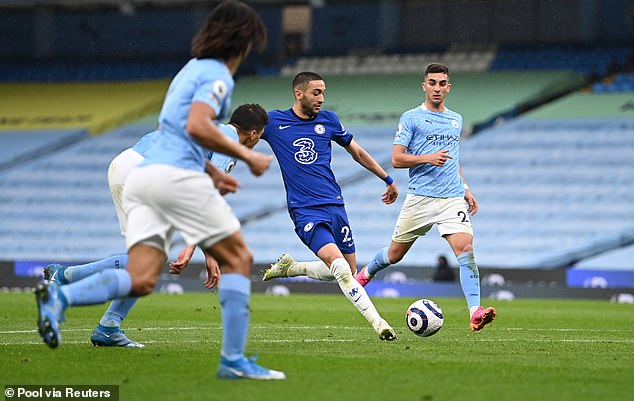 ‘You can also see it differently, first give Ziyech and Kovacic an important role and then let players like Kante and other types work around them.’

The last two times Ziyech has faced Manchester City, the Moroccan has danced around Pep Guardiola’s side.

He scored the winner amid a superb display in the FA Cup semi-final to knock Pep Guardiola’s men out, bagging another in the Premier League days later as the Blues beat the champions 2-1.

Tuchel will need the best of Ziyech’s creativity to make history with their second Champions League title.