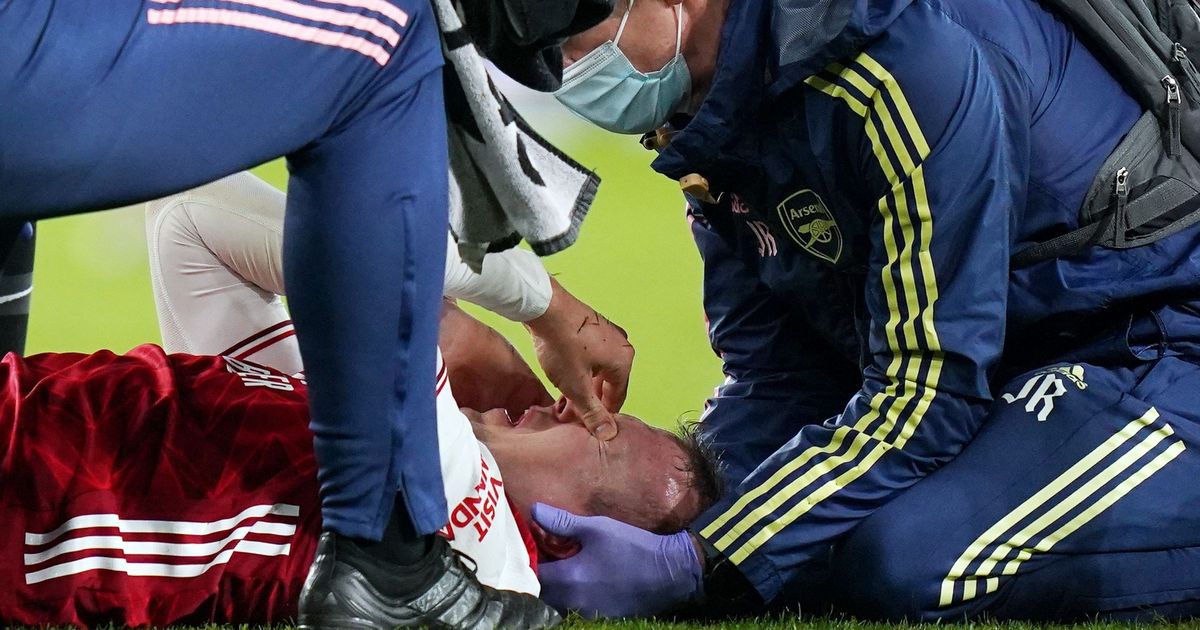 Rob Holding became the first Arsenal player to be subbed with a green form as part of the Premier League’s new concussion protocol after sustaining a head injury during their 1-0 defeat by Manchester City on Sunday afternoon.

The Gunners centre-back was forced off after shipping a knee to the head from City’s Joao Cancelo, which left him visibly dazed at The Emirates.

Fortunately for Mikel Arteta he could rely upon the Premier League’s concussion-substitution trial to replace him with David Luiz, which did not count as one of his usual three subs.

Holding is the first Arsenal star to have been brought off using the green form, making history for the north London club.

The new rule, which is being trialled until the end of the 2020/21 season, gives teams the chance to make up to two permanent substitutions in the event of head injuries – even if all their replacements have already been used.

Opposition teams are also able to make an extra “normal” substitution at a time of their choice when a concussion substitute is used.

Holding is not the first Premier League star to be replaced as a concussion substitute, with Burnley defender Ben Mee taken off during their 3-0 win away at Crystal Palace last weekend after being hit on the side of the head by Jordan Ayew’s shoulder.

West Ham’s Issa Diop was also replaced with concussion during their FA Cup defeat against Manchester United, although the centre-back was controversially allowed to play on for seven minutes after he first suffered the injury.

Holding’s substitution came late on in a disappointing outing for Arsenal, who were beaten by City for the second time this season.

Raheem Sterling’s early header handed Pep Guardiola’s men a narrow victory at The Emirates, which has moved them 10 points clear at the top of the Premier League.