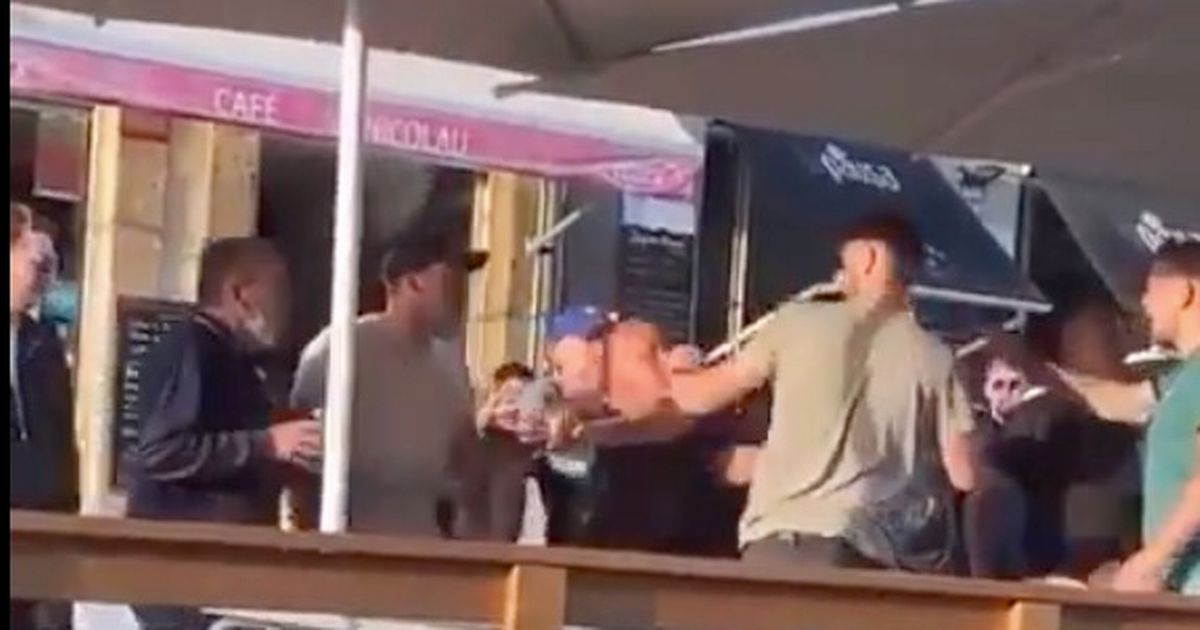 A group of Chelsea and Manchester City supporters were filmed clashing in Porto ahead of their Champions League final meeting on Saturday, which ended in favour of Thomas Tuchel's side.

The Premier League clubs went head-to-head in Portugal on Saturday after beating Real Madrid and PSG respectively, but some ill-mannered scenes have threatened to sour the trip.

One such clash has been filmed and published by a local, who added a caption of "hooligans" to a clip that showed several fans get involved in a brawl in broad daylight.

While punches were thrown by some, others used the chairs they had been sat on as weapons, with staff looking shocked and disappointed by the actions.

Photos taken in the centre of Porto have shown further physical altercations between those who had travelled, with police breaking up one incident with their batons drawn.

There had been strict drinking curfews of 10:30pm during the time of the visit due to coronavirus restrictions, with thousands heading to Portugal this week.

Both clubs were handed around 5,800 tickets, with Chelsea returning in the region of 900 having been offered charter packages which included flights.

Sadly, the aforementioned incident was not the only one of its kind.

An injured PSP officer was taken to Santo Antonio Hospital for treatment to a face wound. The unnamed Brit pair were held overnight at a police station in the city Infante Dom Enrique Square and were expected to appear in court on Sunday.

They were among a total of four Brits understood to have been arrested in the run up to Chelsea’s Champions League final against Man City and after the match. One of the men, a Man City fan, was filmed being led away in handcuffs by several officers.

A spokesman for Portugal’s PSP police, confirming the arrest of two Brits for assaulting police officers, said: “Not everything went as planned. Regrettably two police officers were assaulted.”